What happens to the two million Jews who make up 15 percent of world Jewry and live outside North America and Israel, often in places with systemic economic challenges and deep-rooted antisemitism?

Jewish philanthropy in the United States is directed largely to two regions: North America––home to the majority of Jews and the majority of fundraising dollars––and Israel. It’s understandable that donors focus on supporting their local communities and the Jewish homeland. But since the U.S. has such a significant amount of the world’s wealth, plus cultural and tax incentives which encourage philanthropy, the rest of the world’s Jews face a significant disadvantage. What happens to the two million Jews who make up 15 percent of world Jewry and live outside North America and Israel, often in places with systemic economic challenges and deep-rooted antisemitism? Jewish communities all over the world are important to present and future Jewish life everywhere, and if we don’t support them now, we fail to look out for our fellow Jews and lose the opportunity to ensure a diverse and thriving global Jewish community.

Nearly half a million Jews live in France, 300,000 in the United Kingdom, and significant populations in Argentina, Russia, Brazil, South Africa and Ukraine, with a smaller Jewish presence in nearly 70 other countries. These Jews represent the cultural, religious and ethnic diversity of the Jewish people, yet many are only marginally affiliated with Jewish life. Those who do not identify as Orthodox have few opportunities to explore and connect with their Judaism, putting them at risk of losing touch with their Jewish identity. We need to invest in strengthening these Jewish communities. 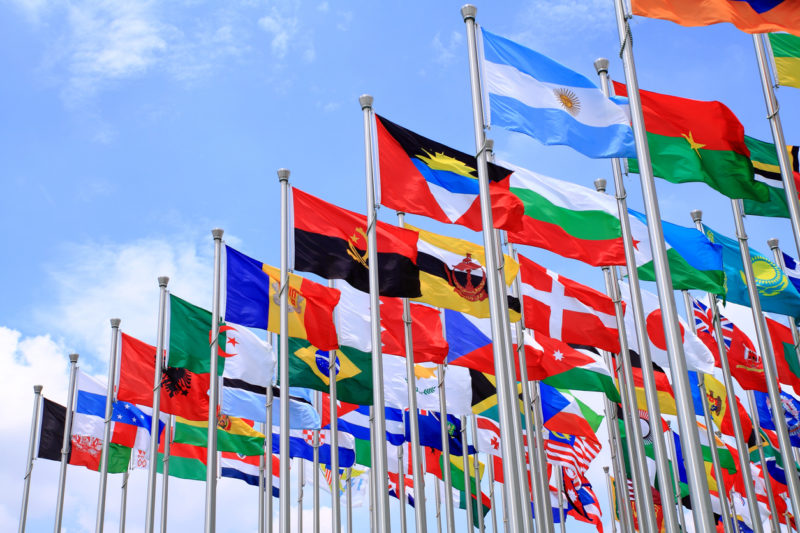 By supporting global Jewish communities, we not only fulfill our responsibility to support Jews wherever they live and halt the trend of shrinking Jewish populations, but we also ensure Jewish diversity, encourage Jewish engagement and fight antisemitism.

American  philanthropy can fuel a resurgence of global Jewish life, especially in Eastern Europe, countries of the former Soviet Union, and other communities that can’t support themselves. Consider Latin America, which is experiencing an ever-worsening economic crisis. Argentina, Brazil and Venezuela, home to a few hundred thousand Jews, suffer unemployment and inflation, not to mention the humanitarian challenges in Cuba, where no one has been able to travel to bring in critical medical and other needed supplies for a year and half.

We celebrate the contributions of Jews of different backgrounds who represent the vast tapestry of the Jewish people. But we tend to focus on Jewish diversity in the United States. What about the Jews living in their countries of origin and what about their deep-rooted cultures, customs and traditions? In those places, Jews maintain their cultural legacy by living it, not through memories and homages to their grandparents who came from Ukraine or Morocco and likely get watered down from one generation to the next. Let’s support those Jews who sustain their authentic cultures at home and don’t choose to move to Israel or North America. In a world of digital connectivity, ease of international travel and a global economy, we are not so far removed from our fellow Jews. We should see them, appreciate them, and compare our similarities and differences. We should also make sure they remain strong.

Combatting global antisemitism should include so much more than providing Jewish communities with security in the face of fear. Let’s also give them what they need to be vibrant, strengthening their pride and joy in their Jewish identity. We need to provide security where and when it is needed while simultaneously building positive Jewish identity that will be displayed proudly. This is what we do at home, support our Jewish schools, synagogues, JCCs and myriad other Jewish organizations. Let’s support Jewish education and Jewish experiences in other countries as well.

I admit that I only recently incorporated this thinking into my own philanthropy. When I consider my giving, first I think about causes such as health, hunger, education and Jewish life. Then I think about my local New York community, the United States, and Israel. Until recently, my support did not extend directly to Jews in other places.  While gifts to local federations, for those of us who choose to support them, generally include an allocation to “Israel and Overseas,” those allocations have been trending downward for years as federations take more control of where dollars are directed rather than relying on the collective distribution. And while many donors can articulate the need to support a Jewish homeland, many have less conviction regarding Jews in other parts of the world, understanding their needs only in terms of critical care, such as food for the elderly. Our giving perspective needs to be wider, going beyond hunger and survival; we also need to show our commitment to global Jewry by supporting organizations that help Jewish life thrive.

Many of the Jewish communities around the world are shrinking and at risk of disappearing. I, for one, hope to visit my fellow Jews in many countries in the coming years, and I want to participate with them in their Jewish customs and culture, attend synagogue services, visit Jewish schools, meet local leaders of Jewish community centers. I do not want to limit myself to Jewish cemeteries, museums, and buildings with mezuzot and see only what once was.  This means dedicating some of my philanthropic support to the organizations that strengthen Jewish life abroad. I want to see these Jewish communities thrive and ensure we continue to have a global Jewish Peoplehood. I call upon all of us to open our eyes wider and direct more of our giving to the Jews we rarely see.