The Jewish community should match the federal child tax credit

It is incumbent on Jewish community strategists and planners from federations, foundations and others to see this as an opportunity to leverage the new money

Beginning July 15, approximately 39 million American families will begin to receive a payment of up to $300 per month for each child under age 6 and up to $250 per month for children between 6 and 17 years of age. It is estimated that 88% of all American children will be covered by the expanded Child Tax Credit (CTC), totaling approximately $100 billion of the $1.9 trillion Coronavirus Relief Package approved by Congress.

What I and others would like to suggest is that this significant expansion of support to families with children presents a tremendous opportunity to expand Jewish learning and engagement. 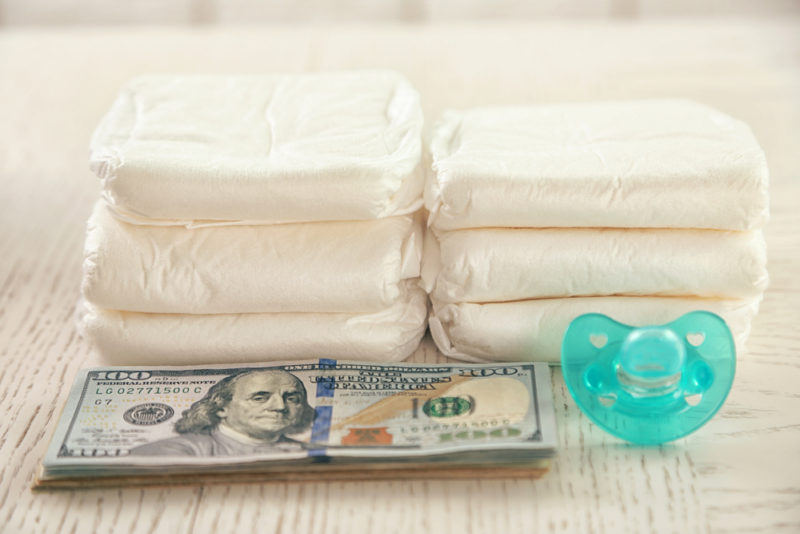 These new resources are aimed at household incomes of $150,000 or less, and with the latest Pew study indicating that 56% of American Jewish families are earning $100,000 or less, we know that a significant number of Jewish families will be impacted by these resources. Pew also indicates that 2.4% of U.S. adults are Jewish. If the Child Tax Credit distributes $100 billion, perhaps $2 billion of that amount is going to Jewish households? Whether the actual number is $2 billion or hundreds of millions of dollars less, the total—especially when a portion of it is matched—represents a significant amount of money.

What if the Jewish community committed to create an additional matching fund of communal resources? Coupled with smart marketing, these federal resources multiplied by Jewish communal generosity—both nationally and locally—can be leveraged, as we emerge from COVID, to more fully engage the next generation in Jewish life. This would result in increased enrollment in Jewish early childhood education, Jewish day schools, Jewish camps, synagogue and other after-school Jewish education programs, trips to Israel, and other organized Jewish experiences. And we know that, through high-quality Jewish learning experiences for children, there is a domino effect of positive impact; they further frame parental Jewish engagement and behavior, catalyze further Jewish connections for those children, and lead to a whole host of Jewish identity-based outcomes and behaviors.

In partnership with the institutions that provide Jewish engagement and education opportunities for those 17 and younger, federations and foundations should begin to incentivize parents receiving this CTC to invest those funds in their children’s development by signing them up for Jewish engagement and educational activities. When a family enrolls a child in a given program for the first time, their Jewish community will match the funding to make the activity more affordable—or, in some cases, essentially free.

For example, in a community where it’s decided that first-time enrollment in Jewish early childhood activities would be matched, a family enrolling their 4-year-old in a Jewish early childhood program and using up to $3,600 of their CTC support would be matched up to $3,600 (or whatever amount the community should choose). For families where the new money is for food, rent and other necessities, the community needs to dig deeper still.

This idea is to do more by spending more, but with half of it coming from the federal government. This will still mean raising more and marketing the provision of new CTC dollars families are receiving to these endeavors.

The concept of providing tuition vouchers for early childhood education, Jewish camps and day school education has been successfully employed in a number of communities for some time. For example, in Chicago and a few other communities, the Right Start program provides a voucher of up to $2,000 for parents enrolling a child in their family for the first time in Jewish preschool. For 13 years now, that Right Start voucher has been gratefully accepted at 36 Chicago area Jewish preschools. The national One Happy Camper program, sponsored by the Foundation for Jewish Camp in cooperation with 45 partner federations, just passed the $100 million mark in helping to send 100,000 new campers whose parents enrolled them in part because of the voucher subsidies. In many communities the same is true for Jewish day camps and, of course, most day schools are highly subsidized. The original expansion of the CTC was just for 2021, but President Biden has already proposed an extension through 2025, and last month House and Ways committee chair Richard Neals proposed making the CTC permanent. It is thus incumbent on Jewish community strategists and planners from federations, foundations and others to see this as an opportunity to leverage the new money by matching it, thereby significantly expanding Jewish engagement and education in a substantial—and likely permanent—way.

A myriad of specifics need to be explored and decided locally, including which activities to focus on, at what age to begin, how much of a match to offer, how to make it easy to apply and be accepted, and how to engage children from families not receiving CTC funds. I don’t think it is possible to develop overnight a national architecture for this idea. One size does not fit all. A lot of the heavy lifting needs to be done locally.

However, national organizations are very much needed to help promote the concept, help with consumer marketing, conduct and collect follow-up research, assist and lead in securing new funding, and to continue to represent Jewish community interests with Congress and the White House. I believe the Jewish Federations of North America can play an important role in convening this effort.

If Jewish leaders have the will to make it happen, the Child Tax Credit could stimulate the further expansion and affordability of Jewish learning experiences for generations to come.