The dilemma of progressive Zionism

In recent conversations, we have heard our congregants and friends wonder: “When did I become such a centrist?” “Who knew I was such a radical lefty?” “Why don’t people believe I am a Zionist when I express concern about the policies of the Israeli government?” As a rabbi and cantor who care passionately about Israel, these questions deeply concern us, both personally and professionally. And we are not alone. Young Jews are confused about Israel.

This bewilderment reached an inflection point when the world watched as tensions between Israel and Hamas boiled over. The subsequent rise in antisemitism, particularly on social media has those who identify as both progressive and Zionist feeling that they must choose a side. You can either be progressive and stand for the rights of Palestinians or you can be conservative and stand for Israel. There is no middle ground. No room for nuance. 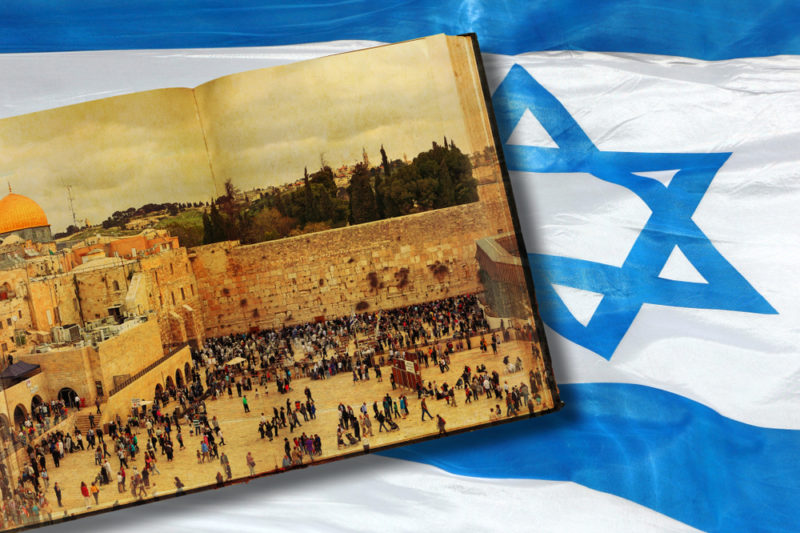 You would never know by scrolling through Instagram, Twitter or mainstream media outlets that it is, in fact, possible to believe that Israel has a right to exist while also believing that Palestinians have a right to self-determination and dignity. It is possible to be an ardent Zionist who loves the State and the land of Israel and at the same time stand in support of social justice and progressive values.

As two people who fall at the intersection of millennial, progressive, and Zionist, we not only see, but feel the urgency to make room for progressive Zionism within the American Jewish landscape. Today, we who embrace our Zionism find ourselves lost in the conversation of American progressive politics and even rejected completely. We are alienated by the spaces that espouse the values of social justice and fearful about the choices we may face in future elections if the partisan politics around U.S.-Israel relations only become further polarized. Our peers on the left label any support of the Jewish homeland as being fundamentally racist and oppressive, full stop. While those on the right label any criticism of Israel and its policies as being anti-Zionist. The tension between those who unequivocally support Jewish self-determination in our ancestral homeland, and those who believe the pain points of Israel’s policies are too heavy to justify, has reached a boiling point. Zionism has seemingly become a dirty word in the progressive world.

This position completely ignores the value of ahavat yisrael, love of Israel. It disregards the intrinsic connection between am yisrael, the people of Israel and eretz yisrael, the land of Israel. The people of Israel have always been characterized by our ability to hold many truths at once; to hold joy and sorrow, pain and prosperity. We are known to wrestle and question and engage in machloket l’shem shamayim, argument for the sake of heaven. Jewish self-determination is essential and cannot and should not come at the expense of Palestinian self-determination. Are we not capable of finding the strength within ourselves to hold these two truths not in competition but in complement of one another?

We also understand with humility that those of us in our twenties and thirties have a privileged relationship to the State of Israel. Israel is a young state, having only just celebrated its 73rd birthday and we know intellectually that in the recent past Israel was neither strong nor powerful. Yet those of us who grew up in the 90s and early 2000’s have never experienced the survivalist mentality of decades past first hand. For years, we have heard the narrative that we must support Israel at all costs, lest Israel cease to exist and for the generations before ours, that threat was very real. It is not without compassion for that lived experience that we criticize or question. However we have only experienced a thriving Israel; one that has taught us the holiness of the land, the richness of our history and the beauty of the Jewish people. It is an Israel that we love because of how it has enriched our Jewish identities and because of the way it bridges Jewish communities from across the diaspora as klal yisrael, one Jewish people.

As children, we were taught that it is our moral imperative to be a voice for the voiceless and to advocate for the repair of our broken world. We see it as our responsibility to speak out when we see institutions, governments and communal leaders fail to do so. Yet when we turn the values we were raised on toward our Jewish homeland and offer tochecha, righteous rebuke, for injustice within that land, we are often accused of betraying the Jewish people. Ultimately, we see the Jewish homeland differently — rather than an Israel characterized by its survival, we know an Israel of opportunity, blending our past, present, and collective futures.

Progress is the ability to look at oneself and face the realities of our accomplishments and our failures. Expressing a desire for the State of Israel to, as all democracies can and should, be held accountable for the ways its policies have fallen short does not negate our support for Israel’s right to defend itself. Far from it. The more Israel is strengthened, the more clearly we see the Israel of opportunity manifest itself before our eyes. And with that strength, comes more responsibility to push, encourage and guide Israel to truly represent the pillars of our values.

As progressive Zionists, we hold two complex truths at once. We support security and the right to a Jewish state and peace and justice for Palestinians. We have immense pride for Israel’s accomplishments and also disappointment when its policies let us down. We feel heartbroken and defensive of Israel when dealing with terror at the hands of those seeking to destroy it while also feeling anger for the ways the Israeli government falls short in ensuring equality and equity for all peoples living within Israel’s borders. To be a Zionist pulls our hearts in multiple directions but always at the core remains a deep love and commitment to the Jewish homeland.

As clergy members, we too feel this tension and ask the questions that many of our peers face and we worry the rift may grow wider. So we ask with a sense of great urgency, in a time where the fabric of the Jewish community is at risk of unraveling, can we expand our definition of Zionism to include the progressive voice? Can we expand our definition of progressive to include Zionists? The richness of Judaism itself is found in the ability to question and disagree and the Jewish future depends on our ability to embrace a Zionist identity that we can all live with.