Reflections on the 2020 Pew study

The 2020 Pew Report provides a multi-dimensional picture of Jewish Americans.[1] This comprehensive analysis (some 200 pages) introduces us to the essential questions facing the Jewish future. There is a level of complexity, detail and analysis here that is both challenging to the reader but affirming to scholars who will have an extraordinary data base upon which to examine social and policy implications. Indeed, this report will be carefully reviewed against the backdrop of the earlier Pew 2013 Study, A Portrait of American Jews.[2]

The findings reflect the intersection of Jewish history and tradition with modernity. 21st Century American Jewish identity embodies the contradictions of our times, with its heightened social divisions, the tensions between the collective and personal, and the cultural wars over identity. 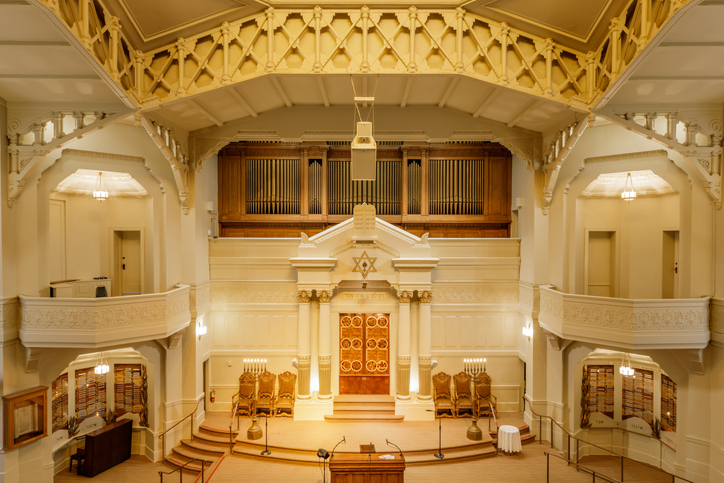 As compared to earlier findings, the striking differences are centered around four core challenges: political polarization, anti-Semitism, religious divergence, and racial/ethnic diversity. Among its distinguishing features are the series of interviews with rabbis as a way of giving definition and meaning to some of the trend lines being reported. A brief analysis of the rise and presence of Jewish start-ups, including One Table[3], has been included. Specific attention is given to the economic characteristics of American Jews (Chapter 11), representing one of the first contemporary studies to focus on this field of research, as well as a section of the report (within Chapter 3) devoted to Chabad and its unique role. This study seeks to not only measure Jewish behaviors but also to uncover the “whys,” case in point, an analysis of the reasons that Jews belong or don’t affiliate with synagogues.

In this summary article, we are examining a relatively small sampling of the many content areas, data-sets, and complex analysis contained in this extensive report. For a more general overview of the findings, see Becka Alper and Alan Cooperman’s summary report.[4]

The American Story and its Jews:  Our status as part of the national landscape currently looks like this:

The State of Religion: As with the general tenor of religion, is liberal American Judaism in trouble?

According to the Pew Report, the numbers compare to the earlier 2013 Report:

On average, the Orthodox are the most traditionally observant and emotionally attached to Israel; they tend to be politically conservative, with large families, very low rates of religious intermarriage and a young median age (35 years).

Compared with the public overall, U.S. Jews are far less likely to say that religion is important in their lives. However, Orthodox Jews are somewhat more likely to say religion is very important in their lives (86%) than Black Protestants (78%) and White evangelical Protestants (76%), two of the most highly religious Christian subgroups. Meanwhile, Jews of no religion are even more likely than religiously unaffiliated Americans on the whole to say religion is not too or not at all important to them (91% vs. 82%).

The Status and Safety of Jews: With the rising numbers of anti-Semitic incidents and the growing perception that hate is a dominant theme within this society, what might this mean for the American Jewish future? The Study devoted significant attention to this theme, with the data here, as elsewhere, being extensive. Here is a brief snapshot reflective of some of these specific findings:

Fully nine-in-ten U.S. Jews surveyed say there is at least “some” anti-Semitism in America.

More than one-third of Jewish adults under 30 have both experienced and heard instances of anti-Semitism in the past year (36%).

The Well-Being of Jews: Here, we are reminded about the educational and economic attainment of our community:

Income: One-in-four American Jews say they have family incomes of $200,000 or more (23%). By comparison, just 4% of U.S. adults overall report household incomes at that level. At the other end of the spectrum, one-in-ten U.S. Jews report annual household incomes of less than $30,000. At the time of the survey (which was mostly fielded before the coronavirus outbreak in the United States), half of U.S. Jews said they lived comfortably (53%).

Age and Geography: Jewish Americans, on average, are older and are more geographically concentrated in the Northeast than Americans overall.

In the run-up to the elections, 75% of Orthodox Jews said they were Republicans or leaned Republican, compared with 57% in 2013. And nearly nine-in-ten Orthodox Jews (86%) rated then-President Donald Trump’s handling of policy toward Israel as “excellent” or “good,” while a majority of all U.S. Jews described it as “only fair” or “poor.”

Surveyed roughly five to 12 months before the 2020 presidential election, U.S. Jews expressed generally negative views of then-President Donald Trump: 73% of all Jewish adults (and 96% of Jews who are Democrats or lean Democratic) disapproved of his performance in office, while 27% gave him positive approval ratings (including 88% of Jews who are Republicans or lean Republican).

Most Jewish Americans rated Trump’s handling of U.S. policy toward Israel as “only fair” (23%) or “poor” (35%), while four-in- ten rated his handling of this policy as good (17%) or excellent (23%). Orthodox Jews were particularly inclined to give Trump high marks for his policies toward Israel (69% “excellent”).

The political divide however bleeds into a more problematic communal saga of separation, as reflected in this particular disclosure:

The survey finds some signs of tension between Jewish Americans who identify with different branches or streams of Judaism in the United States. For example, about half of Orthodox Jews in the U.S. say they have “not much” (23%) or “nothing at all” (26%) in common with Jews in the Reform movement; just 9% feel they have “a lot” in common with Reform Jews.

Israel Connections: Similar to the 2013 findings, the heightened levels of connection to Israel among older American Jews was confirmed in this survey, compared to a lesser degree of support among younger folks.

Among Jews 50 and older, “caring about Israel was seen as essential to what being Jewish means.” An additional 37% indicated that support for Israel was “important” but not essential.

By contrast, for Jews under 30, one in three (35%) felt that such support was essential, while one in four (27%) noted that “it’s not important to what being Jewish means to them.” Also, among younger Jews four in ten (37%) found that US policy was “too supportive” of Israel.

Nearly half of U.S. Jewish adults have been to Israel (46%), including roughly one in ten Jews under 46 who report that they have been on a Birthright trip to Israel (8%).

The Counting Wars: Controversy and disagreement dominated the pages of eJewishPhilanthropy and other sites concerning the numbers of Jews of Color. Pew noted only a 2% increase in connection with the actual number of non-white Jews and these overall numbers fall well-below the projections introduced by others around this question.[6] Yet, the racial composition of younger American Jews is providing us with a different perspective, as we move forward:

18% of all U.S. Jewish households contain at least one person – adult or child – who is Hispanic, Black, Asian, or another race or ethnicity, including those who are multiracial.

Using the broadest definition of racial and ethnic diversity, one-quarter of Jewish adults under 30 (26%) either fall into the HBAO (Hispanic, Black, Asian or other Race) category, have ties to a region outside the U.S. or Europe within the last generation, or identify as Sephardic and/or Mizrahi, compared with 10% of Jews ages 65 or older.

What demographers have noted is that “adult Jews who are themselves the offspring of intermarriages are especially likely to intermarry.” Correspondingly, the intermarriage rate for this next generation is 82%, compared to 34% of those who have two Jewish parents.

COVID as a Factor: In a related Pew study, conducted last August in connection with the pandemic, Jews were more severely impacted by the virus than other faith-based groups, possibly because of the high density of Jews residing in the metropolitan New York area. Over half of Jews (57%) reported knowing someone who had contracted the virus or who had died from it. From that study, one in ten Jews by religion indicated that they had COVID 19 and an additional 6% were “pretty sure” that they had the virus although it had not been “officially diagnosed.” 15% of Jewish adults said they had difficulty paying for medical care for themselves or their family in the past year, and 11% said they had difficulty paying their rent or mortgage. One- in-ten said they had a difficult time paying for food (8%) and roughly one-in-five (19%) had trouble paying other types of bills or debts.

On the economic side, the data is likewise revealing:

Sexual Orientation: About one-in-ten U.S. Jewish adults identify as gay or lesbian (4%) or bisexual (5%); 88% say they are straight, 1% say they are something else.

Collective Identity and Connection: An overwhelming majority of U.S. Jews say they feel a great deal (48%) or some (37%) sense of belonging to the Jewish people. And eight-in-ten say they feel at least some responsibility to help Jews in need around the world.

Data Analysis: What Might this Mean for Jewish Americans? Some weeks ago, I released, on this site, a document seeking to forecast this report.[7] While that statement may supplement some of the findings here, its sweeping and generalized commentary did not capture either the complexity or depth of the 2020 Study.

Here, then, are a few of the take-aways from the Pew Report:

Steven Windmueller is Professor Emeritus of Jewish Communal Studies at the Jack H. Skirball Campus of HUC-JIR, Los Angeles. His writings can be found on his website, www.thewindreport.com.