We, the Jewish people, and our friends need leadership to come together in the kind of movement like those that defeated the Nazis, the Soviet Union, South African apartheid and made racism unacceptable. The virus of the world’s oldest hatred must fought with the vigor and determination of fights against cancer, COVID, heart disease, diabetes.

There are two mitzvot – commandments, good deeds, sacred obligations – whatever you choose to call them in the Jewish tradition that are very personally meaningful for me: redeeming captives and welcoming strangers.

For those who know my story of being a refugee from the Soviet Union – it is obvious why that would be. When I first learned about those imperatives in my Wexner Heritage class – I was amazed by the connection between these ideas discussed by Moses Maimonides in the 12th century and the American Jewish community’s institutions of the 20th century (HIAS, NYANA, JDC, Family and Children’s and Vocational Services agencies) dedicated to fulfilling those “highest religious duties” in relationship to myself and many thousands of other refugees and immigrants – Jewish and other. 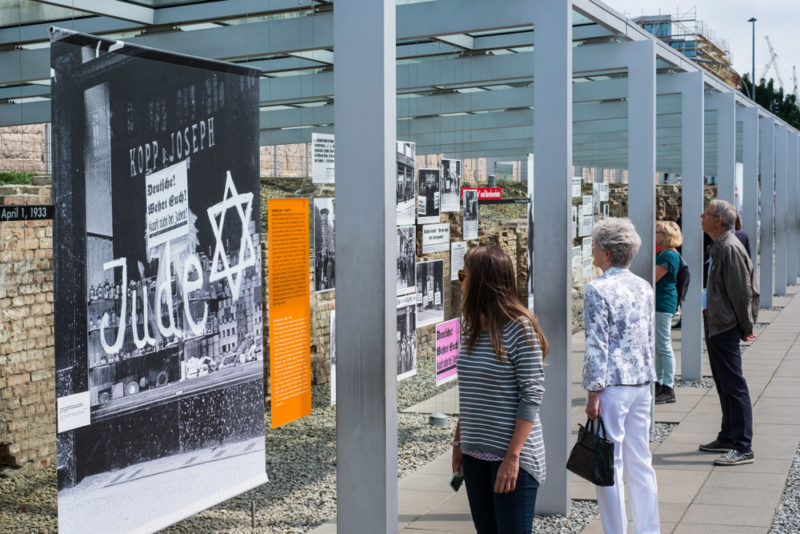 In fact, that lesson was the critical factor in my choosing to become a Jewish communal professional all those years ago.

These two mitzvot were once again on display at Congregation Beth Israel in Colleyville, Texas.

First, Rabbi Charlie Cytron-Walker literally welcomed a stranger – a man who appeared to seek shelter in the synagogue. He opened the door, made him tea and talked with him as the Shabbat Morning service was  taking place.

And then, after hours of being held as a hostage along with three of his congregants, Rabbi Cytron-Walker redeemed the captives – himself last but included – with a heroic act of throwing a chair at the stranger who turned out to be an antisemitic assailant and getting everyone to run out of the building to freedom.

The reason Maimonides considers the redeeming of captives “the highest religious duty” a Jew has is that the value of a life is supreme in Judaism and being a hostage under threat of death and possible torture, as well as the potential distress to the victim’s family trumps any other potential law, so shabbat prohibitions and other commandments can be broken and dismissed if the redemption of a captive demands is.

Welcoming a stranger is one of the first defining characteristics of Abraham and Sarah’s lives and legacy – their tent would be open on all four sides and they would go out of it to meet and bring the strangers in.

The contrast and the conflict of the two imperatives encountered by Rabbi Charlie are so emblematic of what we face as a democratic (so far, please God) society: being open, welcoming, transparent and assume the best of people, but more and more frequently encountering real evil where no amount of good will or reasonableness will remedy deadly intentions and one has to fight with whatever armaments one could master be they Patriot missiles of folding chairs.

This moment in American Jewish history is truly historic: never before has antisemitism from the fascist right, the woke left or from Islamic radicalism been so dangerous, so violent and so pervasive. Not even in Leo Frank’s time did we have to face such vile and militant hate as we now do online and in real life. It was one thing to be kept out of the country, prohibited from living in certain neighborhoods, mocked as grabby, filthy and depraved and quite another to be shot at, taken hostage or be told you have no right to self-determination and should cease to exist as a people.

Jews are being attacked and that’s bad news not just for the Jews. We know that it means that society is in trouble. We are the proverbial canary in the mine. All the efforts of all the well-meaning and responsible organizations and people seem to have produced no impact — things  keep getting worse.

Maybe it is time to tackle the problem in a very different way: first admitting that we don’t really know why it is there and what can be done to alleviate it. And that would be a good first step on the road to resolve it. The human and financial resources that could be brought to bear on thinking through and dealing with the issue are vast and varied. The time has come to bring all of those who care enough together to tackle it.

Too many different players and organizations are competing for a piece of limelight and the dollars for their own views and approaches.

We, the Jewish people, and our friends need leadership to come together in the kind of movement like those that defeated the Nazis, the Soviet Union, South African apartheid and made racism unacceptable. The virus of the world’s oldest hatred must fought with the vigor and determination of fights against cancer, COVID, heart disease, diabetes.

The Berlin Wall was brought down, Israel was created, gay marriage was made legal, colonialism became unacceptable, infant mortality has been halved in just the past couple of decades.

What seemed impossible can be made real with determination, creativity and concerted action by people of good will — and that, I firmly believe, is most of humanity.

Who will step up and be the history maker?