AJC’s new limited series covers the departure of 800,000 Jews from their homes across the Middle East and North Africa in the mid-20th century 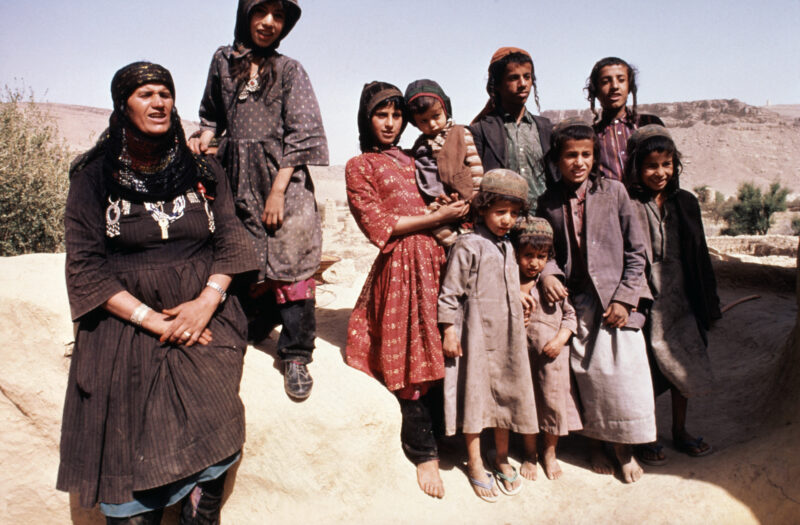 Soon after the establishment of the State of Israel, author André Aciman’s family made a desperate flight from Egypt, where they lived under the threat of growing antisemitism worsened by the Nasser regime. For the family of memoirist Carol Isaacs, it was antisemitism demonstrated in the 1941 Farhud, or pogrom, that eventually uprooted them from their Iraqi homeland. And two generations after his family was spirited out of Yemen in Operation Magic Carpet in 1949, Israeli windsurfer Shahar Tzubari took home a bronze medal in the 2008 Beijing Olympics.

Stories like these, which document the little-known plight of some of the 800,000 Jews who were forced out of their long-thriving communities in Middle Eastern capitals such as Cairo, Baghdad and Sana’a shortly before and after Israel’s creation, are part of a new limited podcast series by American Jewish Committee titled “The Forgotten Exodus,” which premieres today.

“We often view the Jewish world through an Ashkenazi lens; we talk about the Holocaust but not the Farhud in Iraq,” Manya Brachear Pashman, a religion writer and the host of AJC’s podcasts, told eJewishPhilanthorpy. “When we talk about Jews in the Middle East, we often talk about Israel. But for thousands of years Jews lived all over the Middle East with rich vibrant cultures.”

The six-part series, which opens with a segment on Isaacs, deliberately focuses on the stories of acclaimed writers, athletes and others whose stories, organizers believe, will resonate with the wider Jewish community. “I wanted to illustrate that these people are making contributions to art, culture, diplomacy and athletics, among many fields,” Brachear Pashman said. “They yielded these wonderful contributions to society.”

Aciman detailed his family’s perilous escape from the growing antisemitism during Gamal Abdel Nasser’s presidency in his 1995 book Out of Egypt: A Memoir. “In Egypt you had a group of Jews who were native and were made stateless when Nasser came to power,” said Brachear Pashman, describing the situation for some Jewish communities in Egypt at the time. “They didn’t see the value of citizenship until it was too late. When they finally applied they were denied. Thankfully Israel existed by then; it was a haven for people who were stateless and had nowhere else to go.”

Isaacs pieced together her family’s ordeal fleeing Iraq in the graphic memoir, The Wolf of Baghdad: Memoir of a Lost Homeland, published in 2020. “It’s been interesting. A lot of people didn’t even know that there were Jews living in Arab lands,” she said. “Nobody knows about what happened to them, that they were ethnically cleansed, removed from their homes and dispersed across the world … It’s our truth and it’s our history.”

This series is unique in that it narratively illustrates the experiences of the Jewish exodus from Arab lands, an exile story that is often overshadowed by those of Jews hailing from Eastern Europe. Brachear Pashman highlights the fact that as many of these families moved on with their lives, they often want to leave their traumatic experiences in the past and are reluctant to relive them, even for historical testimonies.

“The narratives of once-vibrant Jewish communities in the Arab world and Iran, with roots in many cases dating back more than 2,000 years, are largely unknown, especially the life-threatening conditions that compelled hundreds of thousands of them to abandon their homes, livelihoods and synagogues,” said AJC CEO David Harris, whose wife, Giulietta Boukhobza, escaped Libya. (Boukhobza’s story is told in The Forgotten Exodus.) “Sharing their stories is vital not only for the totality of world Jewish history, but for highlighting how those who fled, and their descendants, have rebuilt their lives in Israel and other countries of refuge, where they resettled and, inspiringly, started over again.”

The series has been three years in the making, and is one of the reasons that Brachear Pashman ended up at AJC. “This project was brought up in my job interview, and it’s one I wanted to do from the moment I heard it.” It’s a series, she said, that highlights the resilience of these Jewish families and communities and the potential for reconciliation after their history is understood. “These communities are here, they are part of the American Jewish community and their stories should be told. We want our young people to know the histories of these communities.”