The program, funded by the Atlanta federation, is the brainchild of a Black Jewish politician and activist 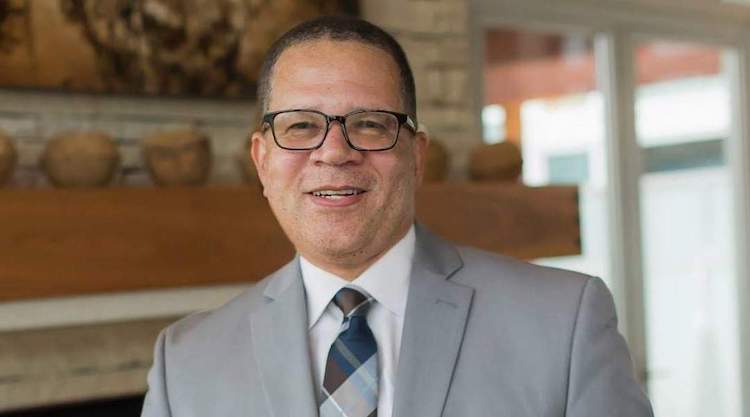 John Eaves’s idea for a Black-Jewish student dialogue program in Georgia was fueled by both excitement and anxiety, he told eJewishPhilanthropy: Excitement because the 2020 election of Democrats Raphael Warnock, a Black pastor, and Jon Ossoff, a Jewish filmmaker and journalist, to the U.S. Senate had inspired both communities in the state, and anxiety because he perceived antisemitism on the rise, and African-Americans’ voting rights under attack.

As a member of both communities, Eaves had noticed that, despite a shared desire to elect both Warnock and Ossoff, many in Georgia’s Black and Jewish communities were not actively working together toward that goal as much as he would have liked. Building relationships between young people seemed like a reasonable way to start working toward a future in which the two groups support each other, he decided.

“Racism is a cousin of antisemitism,” he said. “Antisemitism is rising on college campuses. Jews need advocates.”

The result is the PLOT Institute, which stands for “Political Leaders of Tomorrow,” a program designed to bring Black and Jewish students together for conversation and study; it will launch after the High Holidays. The first series of gatherings will evoke the inspiring history of Black-Jewish cooperation, such as Rabbi Abraham Joshua Heschel’s support of Martin Luther King, Jr. and the civil rights movement, but also include a module of “Courageous Conversations” in which students will work through their misconceptions about each other, Eaves said.

The program is supported by the Jewish Federation of Greater Atlanta’s Propel grants program, which provides seed funding for early-stage projects that “meet a significant community need,” said Russel Gottschalk, the federation’s director of innovation.

Eaves is the grandson of a Jamaican immigrant who converted to Judaism, and said his background makes him uniquely able to bring Blacks and Jews together.

“My grandfather was the one who shaped the family,” he said, adding, “I can navigate pretty easily between Jewish audiences and Black audiences.”

His grandmother, who worked as a housecleaner, sacrificed jobs when asked to work on Shabbat. Eaves didn’t play football on Friday nights in high school, which is a tradition in the Deep South, and struggled to help other Black people understand why he wasn’t celebrating Christmas. Eaves is an active member of The Temple, Atlanta’s historic Reform synagogue, which he praises for its blend of social activism and spirituality.

Raised in Jacksonville, Fla., Eaves earned a bachelor’s degree at Morehouse College, a historically Black men’s school in Atlanta, and a doctorate in educational administration at the University of South Carolina. He is a politician who served as chair of the Fulton County Board of Commissioners from 2007 to 2017, when he resigned to run for mayor of Atlanta, a race that he lost.

In 2020, he ran for election to the U.S. House of Representatives as a Democrat but lost in the primary. Now he is running to be Georgia’s secretary of state, and is also an instructor in the political science department at Spelman College, a historically Black women’s college in Atlanta.

The idealism and enthusiasm Eaves encountered among college students made him think they were the best population for the PLOT program, he said.

“Hillel is the Jewish space, and the HBCU is larger, but that’s the Black space,” he said, noting that neither group knows much about the other.

Eaves will begin recruiting 30 students at four Atlanta schools — Clark Atlanta University, Emory University, Georgia Tech University and Morehouse — for six virtual sessions that will start after the High Holidays. The Anti-Defamation League’s (ADL) Southeast region and the NAACP will jointly present together on “Identifying ’isms’ in society that are threats to Blacks and Jews,” and the series will culminate in sessions that identify paths to political change.

The next set of sessions is scheduled for January through April, and the program will recruit 250 students from 10 colleges and universities throughout the state.

Propel has invested $400,000 in 12 grantees in fiscal year 2022, Gottschalk said. The grants are for one year, with an option to renew for an additional year’s support.  The PLOT grant is about $20,000, which is close to the mean amount, Gottschalk said.

Eaves’s proposal was especially appealing to donors who have been increasingly interested in funding social justice projects, he added.

“Atlanta is the home of the civil rights movement,” Gottschalk said. “College is a pivotal time. We need to connect people to each other. This will create leaders.”