It was evident to me that, despite making up half the population, women had little choice or input on these matters. I was also aware that many men were unattuned, ambivalent, or opposed to acknowledging women’s disenfranchisement from the very synagogues that had been so central to the men’s lives.

Before I turned 12, I eagerly attended Orthodox Shabbat services with my family. Yes, there were drawn-out morning prayers, sermons, announcements and appeals. But I could sit on either side of the mechitza with either of my parents. When I sat on the men’s side, I visited with the “candyman” (there was never a “candywoman”) to get my weekly sugar fix. I could reach out and touch the Torah scroll as it passed through the men’s section before and after Torah reading. I could approach the rabbi to wish him a “Shabbat Shalom.”

I was aware of gender differences – after all, my mother could only sit in the women’s section with the rest of the women. But it wasn’t until well after I reached the age of bat mitzvah that I fully absorbed the very different lived experiences that depended on where you sat in the sanctuary, with all that it entails. It was evident to me that, despite making up half the population, women had little choice or input on these matters. I was also aware that many men were unattuned, ambivalent or opposed to acknowledging women’s disenfranchisement from the very synagogues that had been so central to the men’s lives. 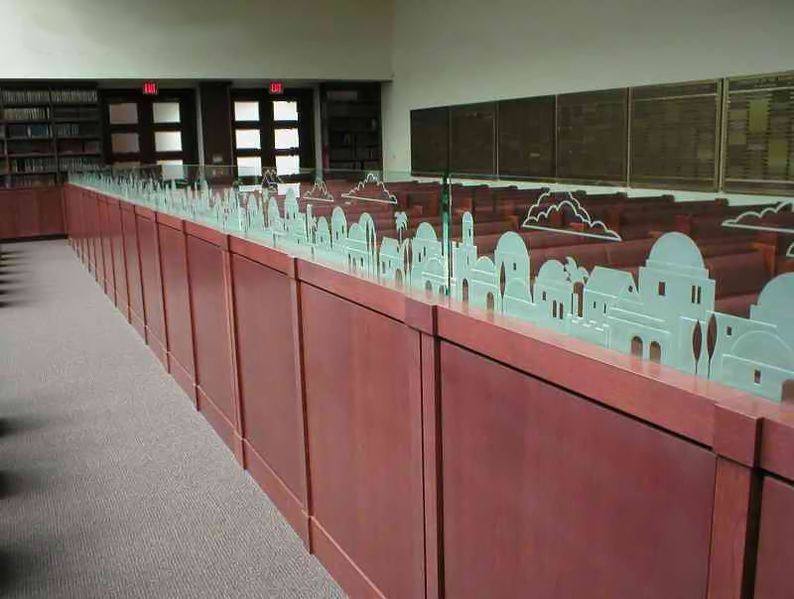 In the years since, I have learned to articulate both the why and the how of improving the shul-going experience on the women’s side of the mechitza. It starts with creating structural equity. For example, when the building’s sanctuary space is structured to be more respectful and inclusive of women, it includes ample seating (without men occupying women’s space, even in the absence of women); attention to acoustics, lighting and sight lines; access to prayer books and chumashim; the structure of the mechitza itself, and of course, visibility of the bimah and pulpit. To be sure, some Orthodox synagogues have implemented architectural plans with the goal of improving women’s experiences. But this is not only about being able to see the activities of the service. It is also about seeing ourselves  – and our daughters seeing themselves –  in our role models.

The most effective means to achieve this is by establishing and increasing the number of formalized leadership positions for Orthodox women in Orthodox synagogues. Toward that goal, I am proud to work within the Jewish Orthodox Feminist Alliance (JOFA), which recently  launched the Devorah Scholars Program, to provide funding enabling Orthodox synagogues to hire their first paid full- or part-time Orthodox women in spiritual leadership roles. This program creates opportunities for communities to have a choice as to who their spiritual leader can be. This groundbreaking opportunity is made possible by a generous grant from Micah Philanthropies, Ann & Jeremy Pava trustees.

JOFA’s Devorah Scholars Program expands opportunities for women to apply their skills to benefit Orthodox synagogues across North America that are committed to women holding paid spiritual leadership positions. In its first year, the program selected congregations in Rhode Island, Pennsylvania, New Jersey and Texas, where Devorah Scholars fulfilled a range of needs.

Ruthie Braffman Shulman, who served in the first cohort as a Devorah Scholar at the United Orthodox Synagogue in Houston, Texas, served as both director of education and engagement, and halachic consultant. Her role as a member of the synagogue’s professional leadership team was multifaceted; she led community educational programming and online current event webinars, and advised community members on halachic matters. As she explained, “to have a woman’s perspective in the synagogue is so powerful and important. There are so many topics arising in the congregational setting, and in pastoral care surrounding infertility, mikvah and women’s roles, that having a woman’s interpretation has been vital. Women are now comfortable speaking with a female clergy member in a way they haven’t been before. It is exciting that this role is now part of the fabric of the synagogue and community.”

Rabbanit Avital Engelberg, who served as director of spiritual engagement at Congregation Beth Sholom in Providence, Rhode Island, helped institute a shift in policy and practice to have bat mitzvah girls deliver their speeches in the main sanctuary rather than the social hall. This change signaled the centrality of this rite of passage. Rabbanit Dasi Fruchter, who serves as the sole clergy of the South Philadelphia Shtiebel, continues to draw new audiences for enriched Jewish living experiences, vibrant study and community connection in South Philadelphia. For Netivot Shalom, in Teaneck, New Jersey, which has always espoused the importance of including women in leadership and ritual engagement, hiring Rabbanit Jennifer Kotzker Geretz was an organic outgrowth of the synagogue’s halakhic values.

As this diverse and successful first cohort quickly and decisively demonstrated, having women leaders in paid positions that recognize and validate their value and qualifications dramatically shifts the dynamics on both sides of the mechitza. It sends a clear message that the synagogue is intentionally considering women’s needs. It increases high quality Torah learning and spiritual engagement from previously underutilized resources. Most of all, it shows that impressive, impactful talent and voices for disseminating Torah can emerge from both sides of the mechitza.

Girls and women can aspire to lead, as will other synagogues that will consider emulating this model.

The application process for the second cohort of the Devorah Scholars Program, which offers a challenge grant to synagogues ready to hire their first female spiritual leader, is currently underway. Orthodox synagogues may apply for a 2:1 matching grant of $10,000 to $33,000 per year for up to two years of funding to support the hire of a Devorah Scholar.

Devorah Scholars – and Orthodox female spiritual leaders at large – increase meaning and connection for women who too often feel disengaged, disenfranchised and even embarrassed; that their presence in shul simply doesn’t matter. Time and again, we hear from women who hesitate to seek out male spiritual guidance on personal matters. Many for the first time have the opportunity to consult female spiritual leaders for advice, information and guidance on a range of personal and halakhic matters that are beyond their comfort zone to discuss with men.

There are now hundreds of graduates of higher educational institutions for women in advanced halachic studies such as Drisha, Nishmat (Yoetzet Halacha program), Ohr Torah Stone, Yeshivat Maharat, Yeshiva University (GPATS) and others. These graduates are well-qualified to serve in the highest levels of leadership in the Orthodox world and beyond. Through education and credentialing, they are positioned to break through long standing glass ceilings, serving as Orthodox clergy in pulpits, schools, college campuses and communal organizations in a capacity previously unimaginable for Orthodox women. These game changers, along with the organizations and advocates who support them, are building new communities of both men and women who are open and welcoming of women’s leadership and scholarship.

Since its inception 25 years ago, JOFA has sought to expand the spiritual, ritual, intellectual and leadership opportunities for women within the framework of halakha (Jewish law), to create a vibrant and equitable Orthodox community. We do this by advocating for girls’ and women’s increased, meaningful ritual participation and widening pathways toward leadership in synagogues, learning institutions and Jewish communal organizations. Today, the seeds planted at JOFA’s outset are bearing fruit. It is becoming more common to hear about women engaging in deeper textual studies and earning pastoral, educational and communal credentials that they seek to put to use in their communities. Indeed, spiritual leadership roles for Orthodox women have increased exponentially.

Today, I am awed to think how far we’ve come from my childhood memories of straddling the opportunity gap between the two sides of the mechitza. Now when a young girl asks if we can have women as spiritual leaders in our community, the question is no longer “Can we?” – but rather, “How can we not?”