Many within the Jewish funding world are themselves representatives of the communities they fund, and yet they often may have distance from some of the people they are serving, depending on several factors including age, wealth, denominational affiliation, country of origin, race, etc. Jewish funders may also have distance from the lived experiences of those they are giving to outside of the Jewish community.

One of the most famous lines from Pirkei Avot, the compilation of Talmudic wisdom that it’s customary to read at this time of year, is Bar Zoma’s question: “Who is wise? He who learns from all people.”

This teaching is at the heart of participatory grantmaking, an inclusive philanthropic approach that encourages funders to learn from – and in some cases share decision-making power with — the individuals and communities that the funding is designed to benefit. 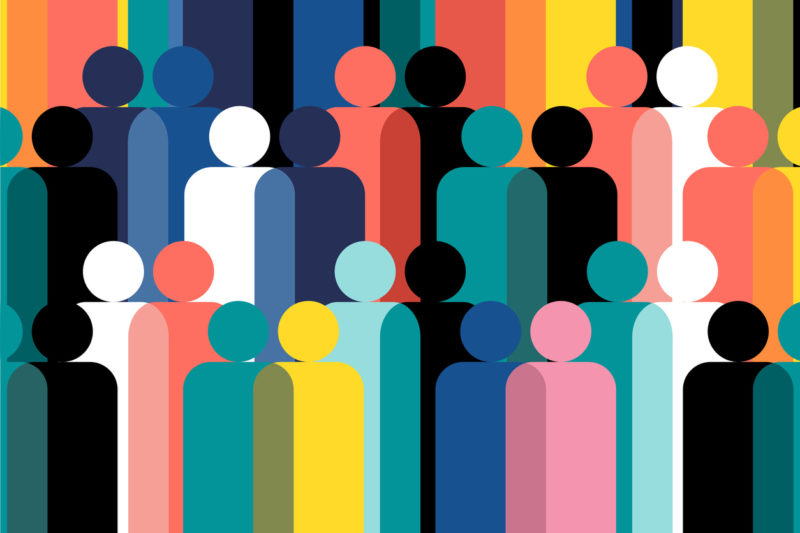 Because we believe more Jewish funders should know about and consider this approach, my organization, Jewish Funders Network, recently published Participatory Grantmaking in the Jewish Community and Beyond, the latest in our series of Guides for Intelligent Giving (formerly called Greenbooks). We are grateful to Crown Family Philanthropies, which shared our desire to highlight the value of PGM, the Jewish community’s historical experience with it, and to provide a path forward for those who want to explore it, and Third Plateau Social Impact Strategies, which we hired to research and write this guide.

We’re not highlighting PGM because we think it is always the “wise” approach. The practice has its shortcomings, as well as benefits, and not all funders will feel comfortable with it or feel it is worth the effort. However, as an increasingly popular practice that addresses contemporary concerns about inequity and ensures that often overlooked perspectives are heard, it should be one of many strategies considered. It will be especially appealing for those who believe that the people on the ground – in the communities that directly benefit from funding – are the ones best equipped to decide how that money should be spent.

When new trends emerge in secular philanthropy we at JFN don’t just follow them as “the new fad,” but instead we try to analyze if they are applicable and useful in a Jewish context. How can this serve Jewish funders and the Jewish community? How does it relate to the Jewish historical perspective and the traditional forms of giving? What is it gained and what lost by adopting this (or other) philanthropic innovation? That is the approach we’ve taken in looking at PGM.

It’s important to note that engaging in PGM is not a binary – grantmakers need not either cede all power or none at all. There are many ways to empower community voices throughout the grantmaking process. Foundations and funders can seek expert consultation, invite community representatives to committees or board seats, or engage in shared decision-making practices.

While Jewish philanthropy today generally relies more heavily on individual donor generosity than communal input, Jewish organizations like the Jewish Foundation of Cincinnati and the Tzedek Social Justice Fund have already begun their own PGM processes. Similarly, Safety Respect Equity Coalition and Jews of Color Initiative have grantmaking committees populated by the communities they serve. Others like The Hadassah Foundation are beginning to assess how PGM may play a role in their giving.

Many within the Jewish funding world are themselves representatives of the communities they fund, and yet they often may have distance from some of the people they are serving, depending on several factors including age, wealth, denominational affiliation, country of origin, race, etc. Jewish funders may also have distance from the lived experiences of those they are giving to outside of the Jewish community. A more participatory model might invite more diverse members of Jewish communities, spanning income levels, race, denomination and observance level, language and country of origin to play decision-making roles in some or all components of the funding process.

At the 2022 JFN International Conference in March, funders joined a session exploring the role PGM might play in the Jewish community. The conversation was lively with the group discussing both the challenges of the practice (time commitment, finding the right people to engage, potential conflicts of interest) and the potential positive impacts (stronger relationships with the community and grant recipients). The discussion also centered around how different grantmaking bodies might approach PGM differently. A family foundation, a federation and a community trust or fund all need and should consider different approaches to participation. Regardless of the approach, there was general recognition that it’s important to think about who is distributing funds and who is missing around the table.

We hope you and your partners will engage in similar conversations about participatory grantmaking and how it may enhance your philanthropy and your relationships with the communities you serve. We invite you to explore and wrestle with this topic and have created the email address pgm@jfunders.org for all PGM-related comments, inquiries and ideas. As you learn about and discuss PGM, consider the following questions:

In another popular quote from Pirkei Avot, Hillel says, “Do not separate yourself from the community…and do not judge your fellow until you arrive at the same situation.” PGM invites grantmakers to reduce the distance between the funder and the community, so that funders can make philanthropic decisions that are rooted in the needs of those benefiting from the funder’s generosity.

Tamar Frydman is senior program director of Jewish Funders Network. Download JFN’s “Participatory Grantmaking in the Jewish Community and Beyond” here and watch a webinar about it here.