In the 21st century, peoplehood means a real-world emphasis on one’s local community, including embracing the idea of linked fate and a shared sense of destiny.

At a time when many Americans have turned away from public life, Jewish communities in America have been far less likely to turn inward and today engage with their communities at levels much higher than the national average, continuing the long-term trend of deep communal connection that has defined the Jewish experience in America for well over a century.

A new survey conducted by me and my colleagues at the American Enterprise Institute reveals the continued exceptional attachment to community that Jews maintain relative to the nation at large, and that Jews are deeply embedded in the local areas. For instance, 58% of Jews feel closely connected to their neighborhoods and the people who live there, compared to 51% of Americans overall. Almost half (45%) of all Jews say that their communities are “excellent” places to live — a view shared by only 29%of the general public. And while only 37% of Americans know someone in their neighborhood who regularly coordinates neighborhood activities and events, over half (53%) of Jews say they know someone like this. It is clear that on multiple fronts, Jews feel more socially anchored and are objectively more closely connected to those in their communities and are more optimistic about where they reside than most Americans. 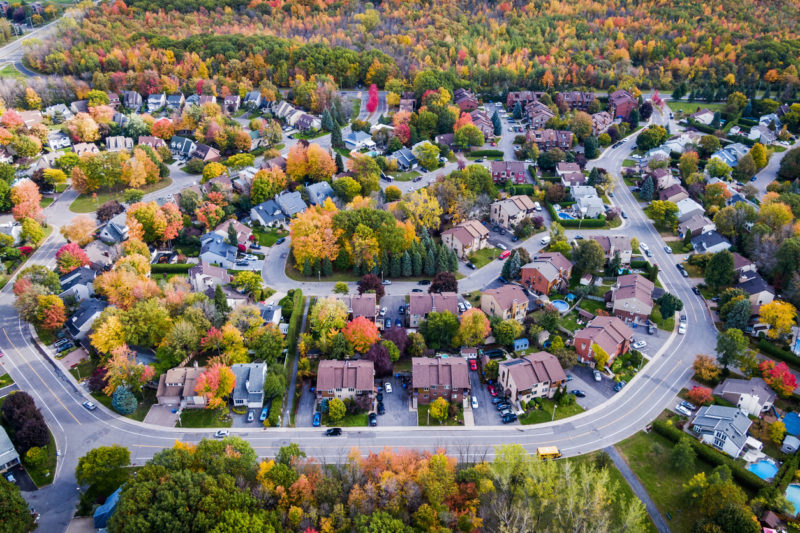 These differential rates in community connection may be explained by the fact that Jews are notably more active in their local communities on many levels. When asked about various happenings that one does in the community, Jews are outliers in almost every category. A quarter (25%) of Jewish respondents do volunteer work in their local communities at least once or twice a month, compared to just 15% of Americans overall. Relatedly, roughly four in 10 (37%) Jews report attending a local event or community meeting at least once or twice a month while just about two in 10 (23%) Americans report doing the same. It is no wonder that social media is often aflutter with Jewish groups working toward or against social and political causes or are voting at higher rates when Jews are simply more connected and locally participatory than most Americans.

Jews are also more social than the average American and visit commercial, third-spaces in their communities more frequently too. Almost half of all Jews (48%) have a conversation with someone in their community that they did not know well at least once or twice a month compared to just about a third (35%) of Americans overall. Over half (55%) of Jews report regularly visiting a local coffee shop or cafe while 41% of all Americans have done the same. Roughly three-quarters (73%) of Jews regularly eat out at restaurants in their local community restaurants compared to about two-thirds (63%) of the rest of the population.

Visits to the local library show that Jews are truly people of the book: 30% of Jews report visiting libraries regularly compared to 22% of the Americans overall. Interestingly, Jews are also more likely to walk regularly in their neighborhoods than most Americans are – an activity that tends to impart deeper connections to a particular place and environment (85% vs. 68%).

It turns out that where Jews are distinct and less participatory than the national norm is in regard to formal religious practice. In fact, only 12% of Jews report that they attended services on a weekly basis. Less than a quarter (22%) attend services on a monthly basis, and the plurality of Jews (34%) report never attending services. In contrast, over a quarter (27%) of Americans report attending services weekly – more than twice the number of Jews who do so.

What is notable for the Jewish community here is that despite a lack of formal participation in religious services, Jews do feel close to other Jews: Fifty% report feeling very close to other Jews. While most other faiths have higher rates of attendance to formal religious services, just 24% of Americans overall say they feel very closely connected to others who share their faith. Even in the absence of formal religious practices, Jews today continue to feel connected to fellow Jews and their local communities.

This is good news. It is clear that Jews remain deeply committed to the age-old cultural norm of connecting to a place and maintaining a peoplehood there. Notably, peoplehood moves beyond religious practice in a sanctuary. In the 21st century, peoplehood means a real-world emphasis on one’s local community, including embracing the idea of linked fate and a shared sense of destiny, the obligation to care for other members of the community, as well as delight in the pleasure of others and their successes. Without a doubt, and the data demonstrates that Jews in the United States are living and performing these precepts today.

Samuel J. Abrams is a professor of politics at Sarah Lawrence College and a nonresident senior fellow at the American Enterprise Institute