The Weitzman National Museum of American Jewish History, which organizes events for the month, is aiming to reach 2 million people, as opposed to around 600,000 in 2020. 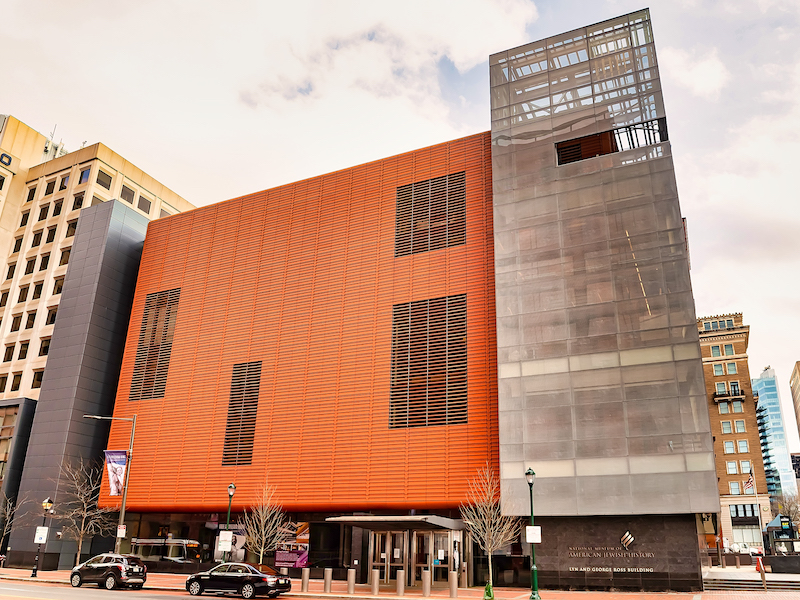 You may not know that it’s currently Jewish American Heritage Month, but a museum in Philadelphia is trying to change that. The month of events and celebrations of Jewish history, a bipartisan project established by presidential proclamation in 2006, has traditionally had a lower profile than similar initiatives, like Black History Month or June’s LGBTQ Pride Month.

That’s partly a question of numbers, says Misha Galperin, president and CEO of the Weitzman National Museum of American Jewish History, which is organizing a series of events this month along with a range of other organizations. There are roughly 7 million American Jews, as opposed to more than 40 million Black Americans or some 20 million LGBTQ American adults.

The fact that Jewish American Heritage Month is relatively obscure belies its original intent. At an event organized by the White House on Friday, Rep. Debbie Wasserman Schultz (D-FL) said the goal of the event was to raise awareness of America Jewish history among non-Jews. Wasserman Schultz introduced the legislation creating the month in 2005 by appending it to a bill recognizing the importance of Christmas symbols, and worked with Pennsylvania Sen. Arlen Specter, then a Republican, to get it passed.

The museum is hoping to reach non-Jews and Jews alike with a focus this year on antisemitism as well as the war in Ukraine and refugees more broadly. In 2020, the museum’s virtual programming attracted roughly 600,000 people, while the museum drew 1.1 million people for the month’s programs last year. This year, the events are hybrid and in-person; Galperin is hoping to reach 2 million total viewers.

The museum is certainly not the first Jewish organization to spotlight antisemitism in recent years, as attacks on Jews have steadily risen. But Galperin believes that the topic could still use more attention. In addition to the events, the museum will be exhibiting the chair Rabbi Charlie Cytron-Walker threw at the assailant during the January synagogue attack in Colleyville, Texas, as well as the cup of tea Cytron-Walker made for him. The museum is also partnering with the nonprofit JewBelong and the Combat Antisemitism Movement on a billboard campaign raising awareness of antisemitism.

Galperin, himself a refugee from the Soviet Union, drew a link between domestic antisemitism and the war in Ukraine. He praised the American Jewish response to the crisis, but said he’d like to see more American Jewish advocacy urging the U.S. to absorb both Ukrainian and Russian refugees.

“There’s been too little focus over the years [on antisemitism],” Galperin told eJP. “There’s now been an increase, and it has to be attended to.”

On Ukraine, he said, “I think the response of the American Jewish community has been tremendous, as has the response from most of America. Not enough attention had been paid to the issue before it erupted this way. [Russian President Vladimir] Putin and his regime were doing horrible things for years, but it was neglected.”

When the United States accepted Soviet refugees decades ago, he said, “it was a good thing for the American Jewish community and America. I hope there will be more advocacy [for refugees] from Ukraine and from Russia.”