For some, it’s a lucrative touchpoint that acts as a laboratory for best giving practices. But others say it’s crowded, overwhelming for donors and not worth the effort. 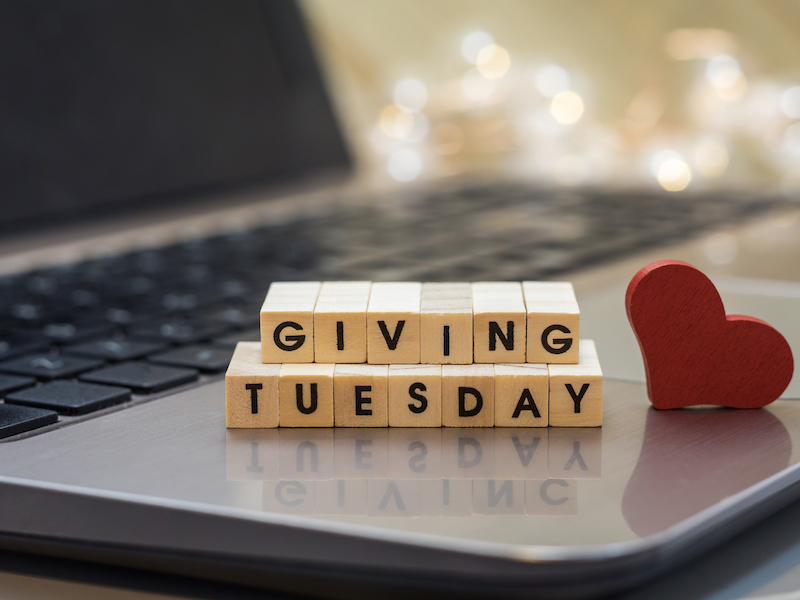 On Tuesday, Nov. 29, 2016, Rachael Fried woke up to an offer from Facebook: In honor of Giving Tuesday, the social network was offering to cover the processing fees of many donations made on its platform and offering a match to some gifts. So Fried, who worked at Jewish Queer Youth, an LGBTQ group focused on the Orthodox community, thought: Why not?

She and a colleague quickly composed a Facebook post with a donate button. By day’s end, JQY had raised approximately $7,000.

“We were like, ‘Whoa, that’s really awesome,’” Fried, who is now the group’s executive director, told eJewishPhilanthropy. “We, that morning, did not plan on raising any money that day and just made it happen.”

Since then, the Tuesday following Thanksgiving has become a major priority for JQY. Now, ahead of Giving Tuesday, the organization recruits 50 people to each host $1,000 digital fundraisers that they post on Facebook, Instagram or through the donation platform Mightycause. And to make sure the fundraisers are viable, JQY lines up donors to give ahead of time so that the numbers look strong at the beginning of the day.

Last year, JQY raised approximately $46,700 on Giving Tuesday, more than 7.7% of its budget that year. It’s the biggest campaign of the year for the group aside from its year-end giving haul.

“What’s most important to our campaign is that we have diverse groups of people who are all impacted by JQY in different ways or who feel connected to JQY in different ways,” Fried said. “We get them to share about JQY and why it’s important to them, and to reach out to their own networks and leverage their people. Yes, it’s a fundraising campaign and also it’s an awareness campaign for new people to find out about JQY.”

JQY isn’t alone among Jewish organizations seeking to fundraise today. Search social media, or perhaps your own inbox, and you’ll see that Jewish groups across the country — from schools to federations to social service groups — have crafted a post or a message asking for a contribution. For some, like Fried’s organization, it’s a lucrative touchpoint that acts as a laboratory for best giving practices.

But others say it’s crowded, overwhelming for donors and not worth the effort. Joshua Avedon, CEO of Jumpstart Labs, which provides support to Jewish philanthropists and nonprofits, told eJP that his organization once organized around Giving Tuesday, but that recently, he has not “seen that it has legs within the Jewish giving community.”

“It was a clever branding technique to come up with at the time,” he said. “It seems like it’s become part of the fabric of consumer retail philanthropy, but I don’t know that it’s been normalized in the same way within Jewish giving.”

Giving Tuesday was created in 2012 at the 92nd St. Y in New York City, a Jewish organization, as a response to the post-Thanksgiving consumerist pushes of Black Friday and Cyber Monday. Since then, according to the Chronicle of Philanthropy, its impact has skyrocketed. Giving Tuesday is now its own eponymous organization, and in 2016, Facebook began encouraging the phenomenon.

In 2012, organizations raised just over $10 million on Giving Tuesday. By last year, that number had risen to $2.7 billion.

“Giving is on people’s minds, especially because it’s a time of year when people spend a lot on things that are for themselves,” Fried said. “One of the things that makes Giving Tuesday successful is the timeframe on it. It’s just within this one day.”

But the deluge on that one day can also present drawbacks for fundraisers. How can you stand out when everyone is asking for donations on one day?

“I think many people feel it’s way overdone, and that at this point Giving Tuesday emails are a nuisance and almost a joke,” one Jewish fundraising professional, who asked to remain anonymous, told eJP. “Like, it was a great trend and ran its course.”

That sense of fatigue is particularly acute during an election year, Avedon said, as inboxes fill up with email solicitations from politicians in high-profile races across the country. A standout example that he and others pointed to is the Senate runoff in Georgia, which pits Democratic Sen. Raphael Warnock against Herschel Walker, which takes place a week after Giving Tuesday.

“My sense is that there have been diminishing returns from digital appeals,” said Avedon, who lives in California. “I can’t tell you how many appeals I’ve gotten from Raphael Warnock. You become immune to it.”

Riva Silverman, the Union for Reform Judaism’s vice president for external relations, agreed that sending one email on Tuesday is no longer enough. But she isn’t worried about fatigue and says when it comes to email, “more is more,” at least according to digital marketing research.

“More and more and more organizations are participating, so you have to get a little more creative to stand out from the crowd and catch people’s attention,” she told eJP. “While it’s true that you may have a slightly higher unsubscribe rate if you email too much, generally the people who unsubscribe are people who have not been very engaged with you anyway.”

Silverman believes there are a few keys to success in fundraising on this day, all of which URJ practices: start emailing on Monday, send multiple emails, and include an extra incentive. In this case, URJ is offering a match up to $100,000, funded by Robert and Sherry Wiener, philanthropists from Westchester County, N.Y. If URJ completes the match, it will be the group’s most successful Giving Tuesday ever.

“It really marks the beginning of the year-end campaign,” she said. “You’re starting to remind people now is the time for you to give — as long as it’s before December 31.”

Fried agrees that Giving Tuesday can feel “daunting” because of the volume of emails, but believes that the extra effort her group puts in to create a personal feel makes the day worth it.

“I think it works for JQY because we are a community-based organization,” she said. “People feel very strongly about either being part of the community or supporting the community.”

Plus, said Silverman, solicitations today have simply become part of the calendar.

“People expect if you are a nonprofit,” she said, “that you will be trying to raise money on Giving Tuesday.”