The state of innovation at Jewish museums

In 2020, the philanthropic arts and culture resource jMUSE launched a new study focusing on the ways in which Jewish museums can serve as the backbone of Jewish cultural engagement in their American communities. The study produced a deeper understanding of not only the state of the field, but also the power and potential of Jewish museums in offering diverse, secular, culturally rich but low-barrier opportunities for Jewish people to connect with American Jewish history and experience.

However, taking a closer look at Jewish museums across the country also revealed a level of stagnation and complacency that was then exacerbated by the pandemic. Simply put, Jewish museums have not prioritized, cultivated or invested in innovation. This was true even in the wake of COVID-19, when many scrambled to launch even the most basic online programming efforts. In too many instances, the prospect of leveraging new and innovative ideas remains a forsaken opportunity. 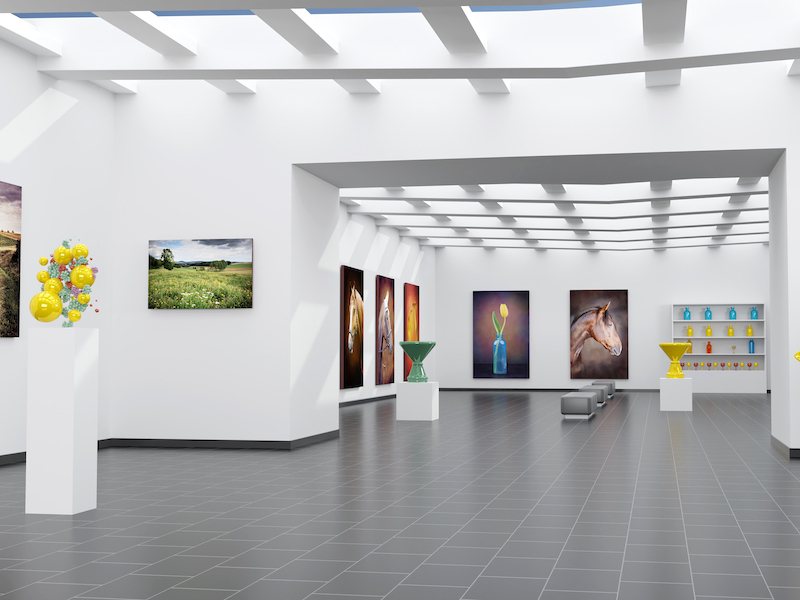 An art gallery with canvas and plastics, 3D illustration

The vital importance of Jewish museums—combined with their broadly demonstrated reluctance to innovate and evolve—makes it all the more important to recognize the institutions that are getting it right. A handful of institutions are at the forefront of the field, forging new pathways to revealing the contemporary significance of Jewish history and culture. (Though outside the purview of solely Jewish museums, Dallas Holocaust and Human Rights Museum, Holocaust Museum Houston and Holocaust Museum LA come to mind.)

There are some trailblazing projects that stand out for how they present content and connect audiences across distances; others, for developing engagement strategies that are both visionary and actionable; and still others for their facilitation of institutional collaborations that transcend the boundaries of “what’s possible” for a single organization. jMUSE has partnered on a number of these efforts. But the one thing they all have in common is that all have received some level of funding from the David Berg Foundation (for which I serve as an advisor).

The David Berg Foundation works to strengthen institutions, improve the quality of life for the underserved, provide greater access to cultural treasures, and increase engagement with Jewish values for wide audiences. The foundation lends its support and expertise to projects that combine real excellence with an understanding of the long view: How will this particular initiative bolster its institution’s efforts to amplify Jewish history? How will it create a lasting impact on people’s experiences of Jewish content, and on the wider field of Jewish museums, archives, libraries, cultural centers and institutions of learning? Among the foundation’s hundreds of projects funded are:

In 2013, the foundation funded the traveling exhibition Contributors to the Cause: A History of Jewish Philanthropy in America (presented by the Center for Jewish History and featuring materials from the American Jewish Historical Society). In their introduction to the complementary publication, scholars Debra Kaplan and Adam Teller shared words that still ring true. Kaplan and Teller reflected on how “the mechanisms for Jewish giving [differ] over time and from place to place, though the desire to create a society of greater justice, which expresses the values each generation of Jews has held dear, has been a guiding principle throughout.”

Even as many museums and cultural centers have struggled in recent years, the foresight of certain funders has powered advancements in the field. Responding to the needs of our time, Jewish philanthropy is at its best when it invests in those institutions and individuals with the capacity to lead and innovate.

Michael S. Glickman is Founder & CEO of jMUSE, a philanthropic resource that brings together institutions, experts and philanthropists to experiment with new ways to cultivate important ideas and innovative content. Glickman also serves as an advisor to the David Berg Foundation.