‘If Only’ Elul and the sea

“The best time to plant a tree was 30 years ago. The second-best time is today.” Chinese Proverb

We have just entered the Hebrew month of Elul, which is the last month before the New Year arrives on Rosh HaShanah. During Elul, we are supposed to examine our lives in preparation for the Days of Awe. We should identify those qualities or behaviors of ours that we would like to improve or change. In the synagogue, the Shofar is sounded every day during Elul to wake us up and remind us that positive change takes work. It doesn’t just happen. We need to consciously choose, and take action to improve ourselves, and to make the world around us a better place. 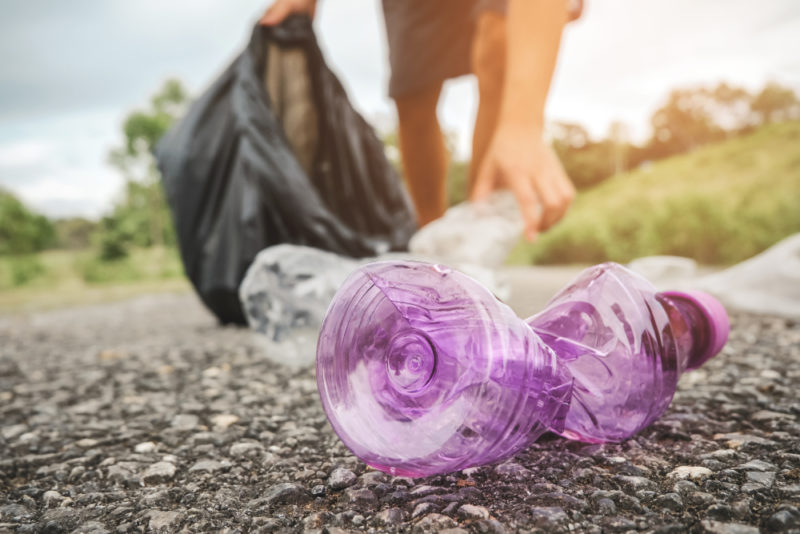 A few years ago, I taught some students about tashlich at a small liberal arts college in Florida. I told them about the ancient ritual on Rosh HaShanah when we symbolically cast off our sins by throwing stones or shells into a body of water to begin the new year with a clean spirit and pure heart. I had just finished when one of the students said, “Rabbi, there’s already more than enough human “sin” in the water. Why don’t we take some of it out instead?” This led to an enlightening conversation about the Jewish tenet of Bal Tashchit (the prohibition against needless waste and destruction) and the millions of tons of trash and plastic dumped into the ocean every year. The students, who were all marine biology majors, made it a point to teach their rabbi that in the US alone, about 1,500 plastic bottles are thrown away every second, and that Americans purchase about 500,000,000 (yes, that’s half a billion) bottles of water every week. That’s enough plastic bottles to circle the planet five times, and most of these end up in the Ocean or landfills. Another student pointed out that at an average cost of $1.99 for a 16-ounce bottle of water, and with 128 ounces to a gallon, that means you’d be paying almost $16 for a gallon of water. “Would that be an example of Bal Tashchit” the student asked, “when you can get it for almost free from your tap?” Imagine the uproar if we had to pay $16 for a gallon of gas. [Authors note – Few things are as exhilarating as discussions with passionate college students.] From this conversation came the creation of a “reverse tashlich” in which the students cleaned the beach and mangroves on campus to remove the human “sin” which littered them. In the end, five students removed about 75 pounds of plastic and other debris from the waterfront. These students had an awareness that is unique in the Jewish community and an attitude that is not, but should be, on our communal agenda.

According to the most current scientific data, if humans don’t change our current practices of overfishing and pollution, in 30 years there will be more plastic in the Ocean than fish. And so, as I reflect on the month of Elul, I remember that Chinese proverb. What is Elul? I see it as Elu-lamed (Elu meaning “if only” and lamed being the numerical value of 30). In other words, if only 30 years ago we had thought about the effects that our collective human carelessness would have on the Ocean, we could have done something to prevent the current global crisis we face. But hindsight is 20/20, and we can never go back. So instead, let’s reverse it. The best time to have saved the Ocean was 30 years ago, the second-best time is today. If we act now, we won’t have to look back in 30 years at a dead Ocean and say Elul-lamed “if only 30 years ago we had done something to save it.”

We live on a water planet, and it is a simple fact: The Ocean is dying. And if the Ocean dies… we die. It is eminently clear that what humanity is doing to the marine environment is a gross violation of Bal Tashchit; but what is the Jewish community doing about it? The storage rooms in our synagogues, Hillels, day schools & JCCs are filled with cases of plastic water bottles that are handed out at every event. We still utilize single-use plastic cutlery and styrofoam plates at our programs, and Israel is one of the biggest consumers of single use plastic products in the world.

As a first step to raise awareness and as an easy point of entry, we have continued the tradition of our annual reverse tashlich. We do it every year on the Sunday between Rosh HaShanah and Yom Kippur. The only difference now is that the program has grown considerably from those original five students. So far this year, there are already 99 registered groups from ten countries, including Argentina and Georgia, on six continents with more joining every day.

I am unapologetically ethnocentric. I believe that when Jews get involved in any issue, substantive change takes place. But we are not involved, collectively as a community, in the efforts to protect and restore the marine environment. We have so much to do to ensure the future of the Jewish people, that there just doesn’t seem to be time or energy to fight for the environment. We have to fight antisemitism. We have to fight for Israel. We have to fight assimilation. We have to fight Jewish illiteracy. Well, it’s time to open our eyes and look beyond ourselves. If we don’t fight to ensure the future of our planet, there will be no future for any of us; Jewish or otherwise. And if only we wait another 30 years… it will be too late.

Rabbi Ed Rosenthal is the executive director of the Hillels of the Florida Suncoast and the founder of Tikkun HaYam/Repair the Sea.

For more information, or to register yourself or your community’s team, visit: https://www.repairthesea.org/reverse-tashlich