How the Great Jewish Families Shaped Philanthropy:
Some Contemporary Reflections

Just as this publication is repositioning itself at this point in time, this article reflects on the rise of modern Jewish philanthropy. 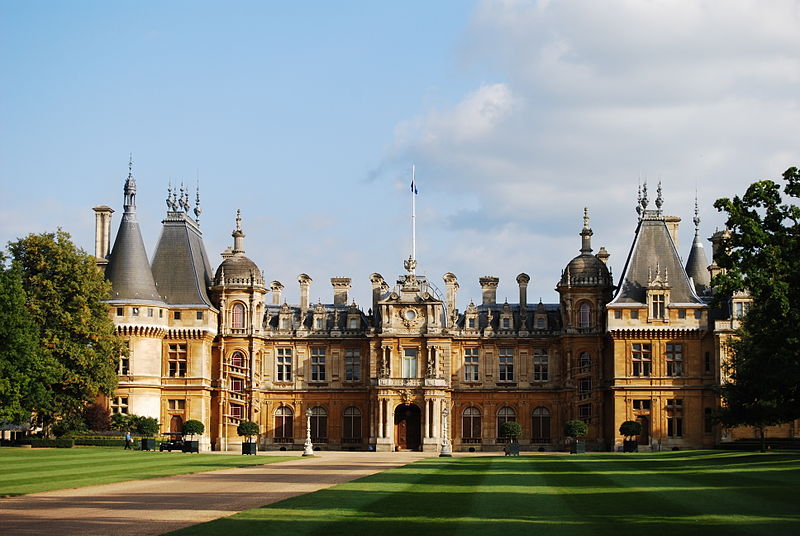 For significant parts of the last several centuries, the great Jewish families of Europe, Asia, and North America were central players in international business and commerce but also created the infrastructure and framed the norms for modern Jewish philanthropy.

In founding both communal and international charitable enterprises, they often would be its primary decision-makers. Within the American context, such family names as Warburg, Schiff, and Lehman would dominate the Jewish philanthropic scene of the late 19th and early 20th centuries. In many ways these significant New York families framed the modern Jewish philanthropic system.

Stephen Birmingham, author of Our Crowd, described this important sector:

“They stand for banking and industrial efficiency, government service, philanthropy, and vast patronage of the arts, science, and education.”1

For nearly two centuries, these 80-100 families were key players. Beyond their public roles, these “great” families were often connected by marriages and frequently collaborated on various business ventures. They were socially linked through their congregational affiliations, memberships in country clubs and their shared charitable and civic interests.

Wealth alone was not a criteria that defined this elite class, rather “Charity-Community-Culture-Chemistry” gave expression to who they were and what they represented. Indeed, their interpersonal relationships often informed and framed their philanthropic activities and communal priorities.

They possessed a distinctive style in both business conduct and Jewish communal practice. One commentator described this sector as “Remarkable individuals, resplendent dynasties-out of the opulent fabric of their lives.” At times, these families might be defined as part of a “Jewish Dynasty” where their wealth and influence would transcend several generations.2

Within the American context, they would be the essential players in the founding of such institutions, as the Jewish Theological Seminary, the Federation of Jewish Philanthropies of New York, Temple Emanu-el of New York, among other historic enterprises. Numerous secular educational, cultural and human service organizations were the beneficiaries of their wealth and civic wisdom.

On the Global Scene:

On the international scene, these families were instrumental in helping to launch Alliance Israelite-Universelle, the JDC, and other global initiatives, although only a few of these early prominent families were supportive of the Zionist cause.

For many of these networked families, a code of seniority and deference comprised the cultural norms that defined their social behaviors and practice. For those high-profile families living abroad, especially in Asia and Africa, while they created living accommodations, schools and training centers for their employees in order to produce a class of loyal workers, the children of these global families were often sent back to Europe in order to attend private schools. They always retained a distinct connection to family and to their home communities.

Indeed, no family was more influential and powerful than the Rothschilds, who operated across Europe through their banking houses and investment projects. Strategically situated in key cities, Rothschild family members, operating under a code of secrecy, were instrumental in obtaining political access and financial leverage. There was a degree of nobility and snobbery associated with their status as noted by Lord Lionel Rothschild: “It must be terrible to be a Jew and not be named Rothschild.” They symbolized the essence of how these high profile families operated. Employing their immense wealth and maintaining their intra-family loyalty, these grand households would have a profound impact on civic and Jewish affairs.

Drawing from earlier periods in Jewish history, networks of Jewish commercial relationships were developed that provided a framework of communication and shared action. During the middle ages, “Court Jews,” mostly Ashkenazim of central Europe, fulfilled basic economic functions for the royal houses of Europe that in turn secured for these Jews favorable positions of power and prosperity, just as these “connectors” benefited and served the Jewish merchant class.

A particular set of these influential families have come to be known as “Port Jews.”3 According to some scholars, these figures served as “avatars of modernization in a Jewish ascent.” Initially, the Sephardic communities of Spain and Portugal established trading networks connecting Jewish merchants in the Mediterranean with new ports of industry and trade throughout the Atlantic seaboard.

Scholar Lois Dubin maintained that this “cosmopolitan Jewish community had wide-ranging personal and commercial ties and broad cultural horizons.”4 Situated in such key European and Middle Eastern trading centers as Amsterdam, Venice, Hamburg, Constantinople and Aleppo, these merchants were networked through shared business and family connections. These influential families were instrumental in advancing Jewish religious and cultural life, just as they were critical in ransoming Jews held by pirates and thieves.

The Sassoons’ and Kadoories,’ among other families, built a network of businesses in South and West Asia. As they grew their economic influence in India and China, they would require that their children master languages essential in order to perpetuate their global business interests.5 During the early decades of the 20th Century, these Silk Road Jewish elites would be instrumental in building the economies of Hong Kong, Shanghai and other cities, just as they played a key role in underwriting Jewish communal life in South Asia and intervening with Japanese officials on behalf of European Jews fleeing the Nazis, providing them access to Shanghai. Writing about these two families, Jonathan Kaufman commented:

When the Japanese invaded China and joined Germany as an Axis power, the Sassoons and the Kadoories joined forces and achieved one of the miracles of World War II. As 18,000 European Jews traveled 5,000 miles from Berlin and Vienna and streamed into Shanghai fleeing Nazism, Victor Sassoon negotiated secretly with the Japanese while Nazi representatives urged the Japanese occupiers to pile Jewish refugees onto barges and sink them in the middle of the Huangpu River.6

These various financial patriarchs, often referred to as “The Jewish Grand Dukes” were dominant actors on the global scene until the Second World War. Other individuals and family units would emerge during the post war era, all representing a part of the unique and pronounced dominance of this oligarchical sector.

Reflections on the Current Scene:

Today’s wealthy class involves a broad segment of high-end players. Posted below are some traits and trends that define this general sector:11

But even in this moment there remains a residue of great Jewish families and high profile donors. Some of these players are active on the global stage, while many others remain primarily involved in their home countries. While not bound by the same norms and practices of their predecessors, these 21st Century funders remain connected to one another through business relationships, shared charitable interests, and various civic and social associations. In my earlier work specifically on the Bernie Madoff scandal, I noted that financial players can also have a delirious impact on the nonprofit sector and donor confidence:12

More directly, Danielle Durchslag, the granddaughter of Nathan Cummings, one of the post-Second World War generation of influential funders, writes about being a part of the Jewish 1% and references the growing reality of anti-Semitism:13

Anti-Semitism is very real. Terrifyingly, it is growing. Like so many American Jews today, I find myself newly afraid for our community. But I also see how our historical and contemporary victimhood snuffs out meaningful discussion about our relationship to capitalism and power. The rhetorical connection between Jewish money and anti-Semitic fantasies, coupled with our high levels of cultural fear, overwhelms our capacity to look critically at the costs of our financial ascension and our belief in accumulating money to make us safe.

In this new “Gilded Age” we note some important trends in connection with the rise of a new class of wealth.15

‘“One of the outcomes of this second Gilded Age is the emergence of a new Jewish wealth elite. There is no way to systematically track the accrual of this sector’s wealth and its total distribution of charitable dollars into the society. Nor are we able at this point to measure its full impact on the cultural and political life of our community.”

As Jack Wertheimer has suggested in his study on Jewish giving:16

The dramatic expansion and diffusion of big giving have made it difficult for all but the most engaged insiders to keep track of the rapidly changing field. A variety of new players with diverse interests have entered the scene, a hodgepodge of funder-created initiatives dot the landscape, and an ever changing set of partnerships characterize big giving, so much so that Jewish philanthropy now resembles a kaleidoscope, with ever-changing optics.

As we launch this new chapter in the development and evolution of eJewishPhilanthropy, we have occasion to revisit the contributions of these early Jewish philanthropists, laying the stage for the contemporary scene, with all of its achievements, challenges and possibilities.

Steven Windmueller is the Rabbi Alfred Gottschalk Emeritus Professor of Jewish Communal Studies at the Jack H. Skirball Campus of HUC-JIR, Los Angeles. His writings can be found on the www.Windreport.com