How Holocaust education can change communities

We believe we should talk about these acts of racism and antisemitism with all students — and not only when there’s been an incident in one school. These conversations can help students understand the power and impact of hateful acts and support their moral development and civic agency. In this way, education can be a part of preventing — not just responding to — hate at school and in society.

Last July a Duxbury, Mass., football player reflected on his visit to the Holocaust Memorial Museum in Washington, D. C., earlier that day. What struck him most was the phrase “Know Before Whom You Stand” which had been scraped off a destroyed ark in a synagogue during Kristallnacht. “The Nazis actually took the time to find a tool, and to scratch off those holy words,” he shared.

The revelations in spring 2021 that the Duxbury varsity football team had been using Jewish and Holocaust terms including “rabbi,” “Hanukkah,” “dreidel,” “yarmulke” and most notably, “Auschwitz,” as audible play calls shocked many in the community. 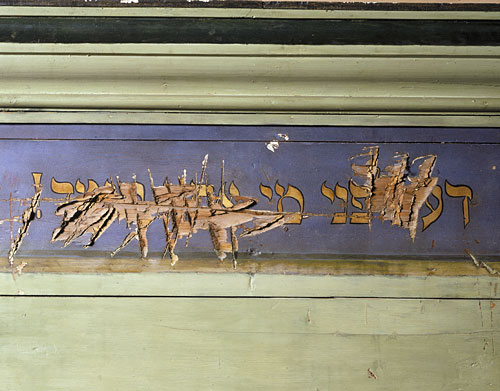 The use of these terms over the course of a decade reveals a tolerance for antisemitism that is all too common. As communities like the Duxbury football team grow accustomed to casual disrespect and dehumanization of Jewish people, antisemitism proliferates. Normalization of antisemitism creates fertile ground for graffiti, slurs and violence against Jews. Antisemitism is like a virus: it never fully goes away. It strikes with varying consequences, it catches communities by surprise, and it is pervasive.

Some argue that actions like those of the Duxbury football team’s play calls don’t matter because they come from ignorance rather than hatred – but this very ignorance leads to an environment of tolerance for increasing hatred. A national survey in 2018 found that 66% of adults aged 18-34 didn’t know the meaning of the word “Auschwitz.” It is imperative that we act preventatively, that young people today learn about past and present attempts to dehumanize Jewish people.

In response to these revelations Lappin Foundation, in partnership with the Duxbury Youth Center, held a six-week Holocaust Symposium in the spring and summer of 2021 that culminated in the visit to the Holocaust Memorial Museum. As Duxbury parent Erin Gilbert said education can be “an inoculation against hate.” Eighteen Duxbury High School students, including members of the football team, participated in highly interactive learning experiences which gave them space to discuss and process injustices against Jews and other marginalized people. They developed an understanding of the power of language to influence and trigger action, and the subtleties of both historic and current antisemitic language. They learned how seemingly innocuous incidents like that of the Duxbury football team can lead to an escalation of disrespect, hatred, and violence.

As Holocaust survivor Dr. Hans Fischer told the students at the Symposium, “nothing is gained by accepting evil without rejecting it, without speaking out against it.” We equip students with the analytical and critical skills they need to recognize antisemitism, the courage and sense of purpose to speak up for themselves and others, and the empathy needed to engage on an ongoing basis.

During the Symposium we introduce students to terminology of the roles that individuals play when antisemitism and other hatred is tolerated or used as a weapon (bystander, upstander, collaborator, victim, and perpetrator) and encourage them to discuss their thoughts, feelings, and real courses of action.

Since the Symposium ended, Sue Bradford, director of the Duxbury Youth Center, told us that “our students are now the teachers among their peers, having learned critical skills to address antisemitism, racism and othering.” Students from the Holocaust Symposium urged Duxbury School’s DEI Director, to acknowledge Holocaust Remembrance Day and wrote articles in their school newspaper, The Clipper, advocating for commemoration of the Holocaust and calling on all students to be upstanders.

With attacks against Jews such as the hostage-taking in a Texas synagogue frequently making national news and increased instances of antisemitic incidents locally, antisemitism has become a consistent part of our news diet. The regular rhythm of these awful reports risks making them seem routine, even a “normal” part of school life for many students. Mentions of the Holocaust and Nazis have become so common in casual political discourse that the historic import of these events feels reduced.

We believe we should talk about these acts of racism and antisemitism with all students — and not only when there’s been an incident in one school. These conversations can help students understand the power and impact of hateful acts and support their moral development and civic agency. In this way, education can be a part of preventing — not just responding to — hate at school and in society.

The Duxbury football player said his visit to the Holocaust Memorial Museum “was a powerful reminder for me to not only consider before whom I stand, but also upon whose shoulders I stand, and the kind of person I strive to be.”

Sarah Ovadia is director of development at Lappin Foundation.