We have our Pesach, our journey towards becoming a people and our fight for freedom. Ukrainians and Zelensky are creating their own.

We are very much used to speaking about Passover as a holiday of freedom. We are not so used to speaking about it as the story of a war for freedom — a war that was preceded by tense negotiations and an exchange of threats, that included the use of powerful conventional and non-conventional weapons, and ended up with the complete destruction of the enemy’s army despite its superior military capabilities.

Of course, it was only after the military victory that the real journey began: creating an alliance with the most powerful entity in the world, rebuilding an entire nation over 40 years and, finally, gaining true independence in a land of their own. 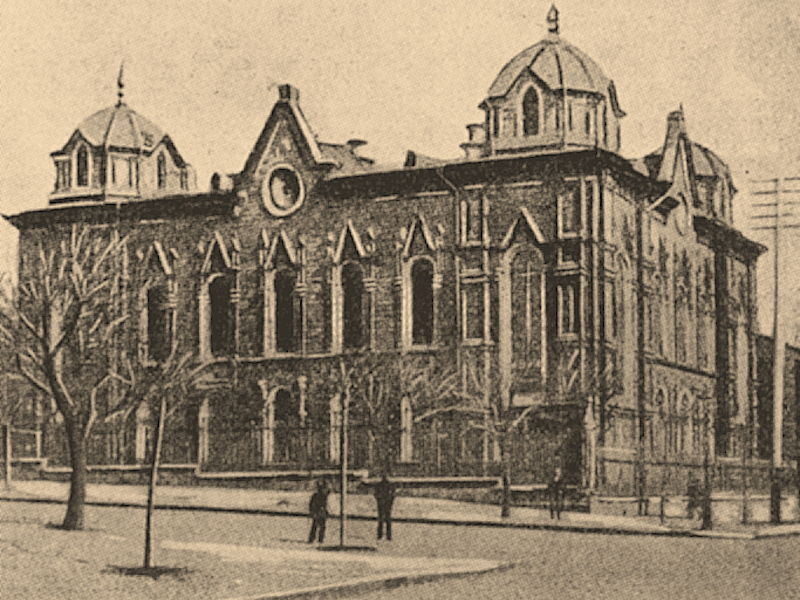 The Brodsky Synagogue in Odessa, Ukraine, built in 1863.

Does any of this sound current and familiar? It is — as one popular Russian language meme said recently — “… a crazy, crazy time when a Jew is saving Ukrainians by hiding many of them in Poland and Germany and killing Russians.” And that Jew has become as much of a leader as any in our long history. Unlike Moses, he has no difficulties with speech — quite the opposite.

Maybe Ukrainian president Volodymyr Zelensky is more like Joshua — a wartime leader, rather than a prophet, a law-giver or a miracle-maker. He is brash and confrontational and confident and passionate. Personally, as a Jew born and raised in Odessa, Ukraine, and whose grandparents and uncles were murdered by Nazis just like his, I could not be more proud.

As president of a Jewish history museum and someone who has led many Jewish organizations in my career since coming to the U.S., I am watching in awe what true leadership can be in historic terms. It is not only a history lesson but a holiday-establishing narrative we have been watching. We have our Pesach, our journey towards becoming a people and our fight for freedom. Ukrainians and Zelensky are creating their own — no matter the outcome of this “special military operation.”

You have a pretend “pharaoh,” Vlad the First; the sons of his people being sacrificed on the altar of his ambition; the doomed chariots… er… tanks and armored vehicles; the miracles of lightning strikes from Stingers and NWALs; the refugees whose modern-day manna is being provided by the world community of nations; and the punishments and plagues being proffered by governments and corporations on the recalcitrant tyrant and his minions. And you also have the doubters, the equivocators, the ones who will wait to pick sides until the outcomes are clear. And you have heroes willing to take that first step into the waters before they have been parted and shout obscenities in defiance of the marauding aggressors.

But most of all you have the hope for liberty and the resolve to oppose evil, the readiness to smite it when it won’t let up, the willingness to die for the right cause that comes from the desire to live and think and speak freely.

So, this Passover, let us pray for Ukrainian freedom and celebrate THEIR forthcoming holiday of liberation. And let us say, with over ten million Ukrainian refugees scattered, scared, and far from home, “Next year in Kyiv, Kharkiv, Mariupol, Mikolayev, Odessa …”