The philanthropist, also a dedicated musician and author, is intent on transcendence 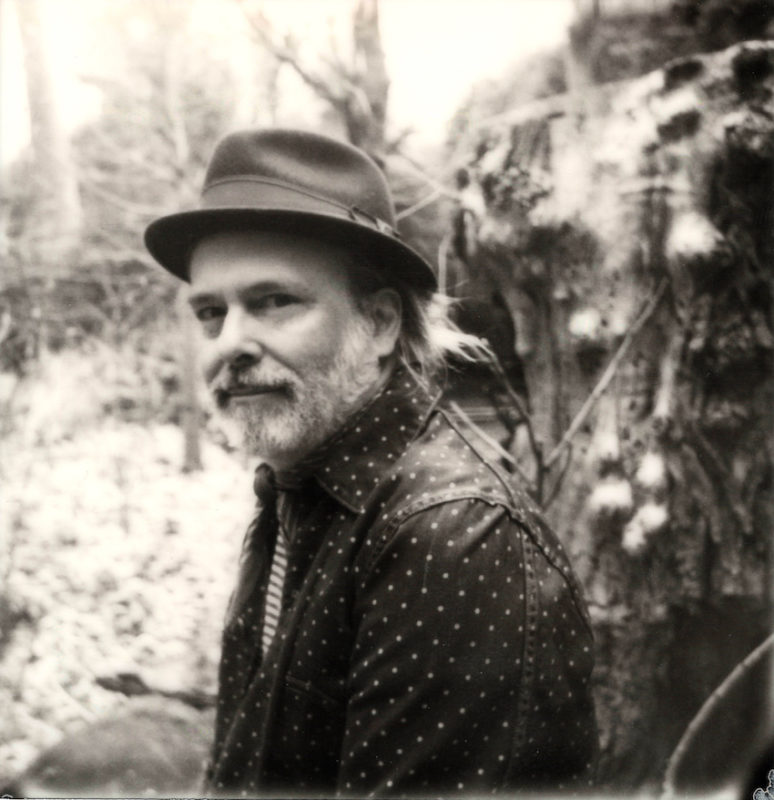 Ethan Daniel Davidson never wanted to work for his father, the industrialist and sports team owner Bill Davidson — until, that is, his dad suggested in 2005 that he help set up the family’s foundation.

Davidson had been away from home for 15 years, six of which were spent working as a touring musician. But he found the possibility of a foundation sufficiently intriguing to come home to the Detroit area.

Today, he’s combining philanthropy with his artistic interests, including the publication on Tuesday of a book, These are the Developments of the Human, based primarily on the Jewish text study he’s done since his father died in 2009. Davidson’s interest in holiness — writing and singing about it, and trying to fund it — is the tissue that connects his giving and his art, he said.

“The foundation is building a space for the transcendent, and that’s the Jewish mission,” he said.

In the Jewish world, the William Davidson Foundation is known for its emphasis on education. The elder Davidson, who was the owner of the NBA’s Detroit Pistons and the NHL’s Tampa Bay Lightning, endowed the graduate school of education at the Jewish Theological Seminary, now named for him, and made a bequest to support it in perpetuity.

The foundation also funded the digitization by Sefaria, the nonprofit that is putting the Jewish cannon online, of Koren Publisher’s Modern Hebrew and English translations of the Babylonian Talmud. It supports OneTable, which helps young Jews celebrate Shabbat; the Shalom Hartman Institute, a pluralistic think tank serving both North America and Israel; the Hadar Institute; the environmental organization Hazon; andmore recently, the Jewish Emergent Network of seven non-denominational Jewish communities.

“We pursue the transcendent through Jewish knowledge,” Davidson said. “I don’t care if someone lights candles or if they don’t, they need knowledge.”

The foundation also supports organizations working in southeast Michigan and in Israel; about half its grantmaking, historically, has gone to seven Michigan counties in that part of the state.

While Davidson’s life passion had been music — he serves on the boards of the Motown Museum and as chairman of the Michigan Opera Theatre — he was feeling burnt out by touring when his father raised the idea of starting a foundation.

His father had a very hands-off management style, which was a mixed blessing, Davidson said — liberating, but also a bit scary, in that it gave him the full burden of responsibility.

“He didn’t give me any direction and I was like, ‘What do I do?’” Davidson recalled. “Eventually, I went to him and said, ‘I’m going to write a mission statement.’ He was against it. He said, ‘Just do what I do.’ I sweated it for a year, and looked at his giving history, and tried to find some common themes, and he said, ‘Meh.’”

That was about a month before his father died in 2009. Bill Davidson’s death set Davidson out on the course of text study that eventually produced These are the Developments of the Human.

For a year, he prayed every day, ultimately studying, chavruta-style, with locals in Detroit and with such noted rabbis as Arnie Eisen, former chancellor of the Jewish Theological Seminary, and Amichau Lau-Lavie, founder of LabShul in Lower Manhattan.

Davidson sat with his notes and his thoughts for years, but when the COVID-19 pandemic hit, felt motivated to publish them. He found inspiration in the work of poet and publisher Lawrence Ferlinghetti, who died in February, and the Beat poets he nurtured.

“How would those guys have approached Torah?” he asked himself. “At one point I thought how could I make these things tweetable, but I gave that idea up pretty early. Maybe Hillel the Elder could have managed it, but I’m not anywhere as good as Hillel.”

The book is comprised of about 350 short pieces in various forms; some are poetry, others have a stream-of-consciousness vibe. Some are songs. Still others have the atmosphere of a study session on the page as the author wrestles with the text and with himself. It’s a project that consciously creates a link between its creator and those of other scholars and leaders, and aims to inspire the creation of more such links in the future. There’s a postscript titled simply “An Approach to Jewish Philanthropy.”

Davidson has also been musically active again for roughly a decade, working in a style his longtime producer, Warren Defever, calls “Americana.”

Defever had worked as a producer for Davidson’s wife Gretchen, when she was part of an indie band, Slumber Party, which was active in the late 1990s and early 2000s.

Defever and Davidson’s first record together, “Silvertooth”, is available on Spotify. The pandemic made it impossible for Davidson’s band to gather, but there are plans to get together in person soon, Defever said.

The lyrics of one of his most striking new songs, “Famine in the House of Bread,” are a distillation of the Book of Ruth; its opening verse begins: “There was a famine in the house of bread/ While the judges were judging I fled / To the free state of Moab on the plains / A rich man in a broken land.”