Elevating your charitable giving to Israel

As GivingTuesday approaches and recognizing that December charitable giving exceeds that of all other months we want to share some experiences and observations from our decades of nonprofit work to elevate your charitable giving to Israel, and have it be the most impactful.

Rabbi Moses Maimonides, the Rambam, was among the greatest Jewish scholars of all time. His teachings and global perspective of 1,000 years ago are still studied and widely embraced. He was a philosopher, physician, political adviser and legal authority. Maimonides balanced parallel worlds of Jewish law and (then) modern thinking. Maimonides gave us the ladder of giving, enunciating the eight highest categories of giving. He taught that giving was an obligation, one about which we need to be particularly scrupulous, providing a hierarchy from most noble to the least best.

In his law code, the Mishneh Torah, Maimonides said, “We must be especially careful to observe the mitzvah of tzedakah, more so than any other positive mitzvah.” Can you imagine that one of the foremost Jewish scholars of all time says that you need to be more careful about giving than, say, honoring parents or observing Yom Kippur? 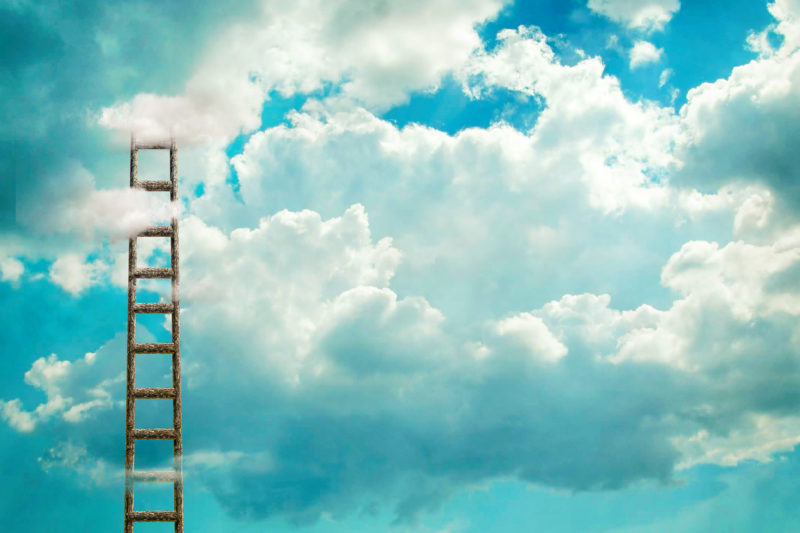 As GivingTuesday approaches and recognizing that December charitable giving exceeds that of all other months we want to share some experiences and observations from our decades of nonprofit work to elevate your charitable giving to Israel, and have it be the most impactful.

Paralleling Maimonides’ eight levels, here are the eight “Dumb Ways to Give.”

“Pay no attention to the man behind the curtain!” Sometimes even the most honest appearing person may not be all that honest, can hide information, or most likely just mismanages charitable funds in a way that diminishes the impact. After all, they might be trained in social work or as clergy, but not business administration. Just because someone is a rabbi or community leader, and just because the cause may indeed sound important, doesn’t mean they can be totally trusted with precious charitable funds. You need to know who you’re giving to.

If you’re seeing appeals that “your donation of $100” or any other obvious round number (especially the Jewish tradition of giving in multiples of 18, representing “chai,” life in Hebrew,) will do “X,” raise an eyebrow or two and question what the actual cost is. How an organization raises money represents its integrity. You have a right to expect an accurate costing of needs.

High end productions don’t mean the cause promoted is more worthy or legitimate, just that they’re spending more money on slick advertising – in print, social media and video. One should beware of false and overly dramatic claims and slick campaigns, infomercials being aired over and over with the same needs, etc.

Does the CEO work harder or more hours than the fundraising staff who brings in the money, or the social worker doing the actual work? What’s the justification for the top five employees to have salaries collectively in the millions of dollars? The top salaries are public information reported annually. Is $1 million a year too much? $500,000? $250,000?  (Yes, many nonprofit execs earn these big numbers.)

A phenomenon among “American Friends” organizations is that the collective overhead is astonishing. These funds are coming off the top of what’s raised, even before the money makes it to Israel where the local organization also has its overhead. For example, if you donate $100, and the “American Friends” only takes 20% overhead, they then transfer the remaining $80 to the Israeli organization. The Israeli organization has its own 20% overhead as well. So maybe they will spend the remaining $64 on their social cause from your original $100. In society, like in school, that’s a failing grade!

Organizations send endless “Dear Friend” emails, direct mailings and text messages because they work. Do you only hear from them when they want money? Is every communication simply an appeal for funding? Do you have a relationship, or are you just a number, a donor to be raised from rather than interacted with? Do you know the people at the organization, and do they know you?

The integrity of whom you entrust with your charitable giving matters.

There’s a proclivity to objectify American Jews or Christians worldwide as “a faith-based ATM.”

Are their claims real? You need to know the need and understand Israeli society. Is everything Israel good, proper, right? No! Of course not. Check carefully!

Don’t be swayed just because an organization talks about, or someone told you about, “all the good work they do in Israel.” While doing good work is a necessary criterion for supporting an organization, it is not a sufficient one. Per Maimonides, you must be very, very careful in your giving. Check the organizations’ financials. Dig deeper than just a two-minute phone call with a “sales” rep. Ask around. Go online to websites like guidestar.org and charitynavigator.org.  Spend a few extra minutes to really understand.

We want you to give generously and frequently, with love and joy about being able to help others. But we want you to do it responsibly, with eyes open as wide as your heart is big. To learn more, join our Inspiration from Zion podcast conversation.

Arnie Draiman is a philanthropic consultant helping people and foundations from around the world give their Tzedakah money away wisely, efficiently and effectively, for more than 20 years. He is also an experienced social media and website guru. He can be reached at ajdraiman@gmail.com or www.draimanconsulting.com

Jonathan Feldstein is a 35-year nonprofit professional and president of the Genesis 123 Foundation, www.Genesis123.co, building bridges between Jews and Christians and Christians with Israel. He is a contributor to many Christian media and host of the Inspiration from Zion podcast. He can be reached at FirstPersonIsrael@gmail.com.