Donor-advised funds are the future of the Jewish Future Pledge

The pledge’s architect wants estate planners to become its ambassadors 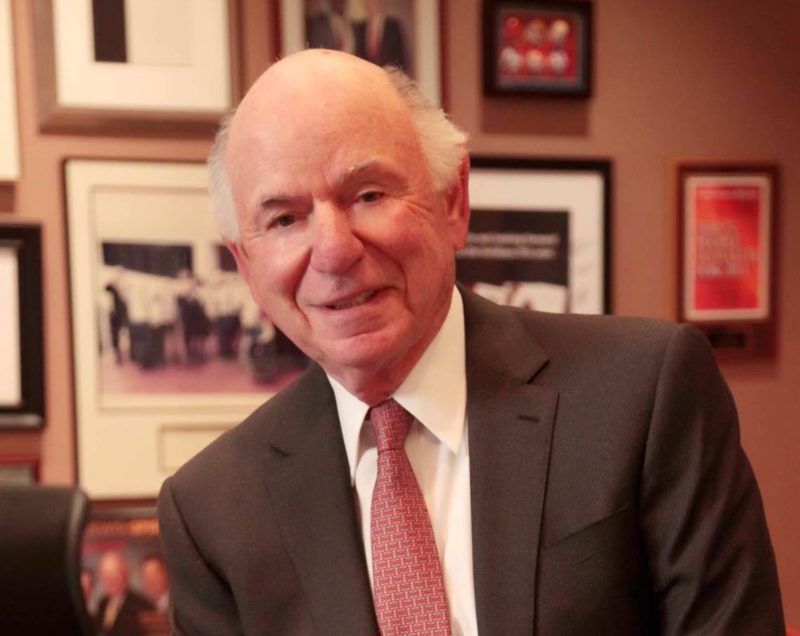 The Jewish Future Pledge debuted back in May by announcing that some of the biggest names in Jewish philanthropy, like Bernie Marcus and Charles Bronfman, had vowed to direct at least half of the charitable donations in their estate plans to Jewish and Israel-related causes. Securing commitments from the people who have led Jewish philanthropy for decades was the opening gambit, however, said Mike Leven, a co-creator of the pledge. Now the focus has shifted away from established leaders and toward younger donors and professionals who can amplify the pledge by talking about it with their networks.

Leven, 83, a retired hospitality industry executive, and Amy Holtz, a strategist in both the private and nonprofit sector, founded the pledge together. The impetus was Leven’s realization that as older generations passed away, as much as $630 billion could move into the hands of the next Jewish generation. His concern, based on declining levels of affiliation with Jewish institutions, was that they might not give to Jewish causes.

Now Leven and others are engaged in trying to integrate the pledge into the systems of Jewish philanthropy by identifying where that wealth is currently sitting, and then motivating financial planners, fundraisers and influential younger donors to become ambassadors for the pledge. The first stage is a partnership under the auspices of the Jewish Federations of North America with 12 local federations, including those that serve Jewish population centers including Miami, South Palm Beach County, Dallas, Atlanta, San Francisco and Greater MetroWest NJ, which serves five counties in northern and western New Jersey —  gateways to donor-advised funds that hold billions of dollars.

Most federations don’t disclose how much money is in their donor-advised funds, but the Jewish Community Federation and Endowment Fund in San Francisco states on its website that its funds — almost 900 of them — total $500 million and have given away almost $1 billion since the program started in 1976. The minimum investment is $5,000.

The funds are popular among donors because using them takes away the time and effort necessary to create a family foundation. A donor deposits a certain minimum amount and gets a tax deduction on that amount immediately, as when opening a family foundation. The donor “advises” the federation or other manager how and when to donate the funds. Often, all or part of the funds are released when the donor dies. Leven wants the federations to educate their communities about the pledge, and to address it directly in conversations with donors.

Leven is also discussing a similar partnership with the Jewish National Fund, he said, and is trying to cast a wide net to bring in other groups.

“The longer an organization is around, the harder it is to move the needle, but there are a myriad of opportunities,” Leven said.

Empowering professionals to facilitate conversations about the Jewish Giving Pledge is an essential step, said Marty Taylor, 43, a signer of the pledge. A native and resident of the Baltimore area, Taylor runs an investment fund that focuses on Israel. He is president of Baltimore’s chapter of the Friends of the Israeli Defense Forces (FIDF), and also supports Israel Bonds, the local federation, his synagogue and Jewish day school, the Boy Scouts of America and organizations that promote food allergy awareness.

He said he is trying to spread the word across his network, including to his fellow supporters of Baltimore’s chapter of the FIDF.

“I think it’s important for people in my world, in my age bracket and in my socioeconomic bracket to understand that the Jewish world needs us, not only Bernie Marcus and Sheldon Adelson,” he said.

Signing the pledge was a no-brainer for him personally, he said, but conversations about death and wills can be “extremely delicate.” He would be wary about initiating one with his fellow FIDF board members, although he’s very comfortable asking them to contribute to other causes he supports.

Rather, he said, someone trained to have that discussion can work with a donor to sign the Jewish Future Pledge, and then follow up to encourage directing that gift to a specific Jewish cause, like the FIDF.

Leven also found a partner in an unexpected place — the investment bank Morgan Stanley, where he is a client, said Melanie Schnoll Begun, who is head of philanthropy management at the bank and also runs Morgan Stanley GIFT, a donor-advised fund where the minimum contribution is $25,000.

She and her colleagues had noticed that among their clients, there seemed to be an increasing desire to give to organizations that supported Jewish life or reflected Jewish values. They confirmed their instinct by using their database and then started to look for people to help them advise those clients who were interested in Jewish giving. In the process, they found Leven.

“It was almost kismet,” she said.

Planners whose clients are interested in Jewish giving are telling them about the pledge, and in October, Morgan Stanley made public a section of their website that contains advice on Jewish giving. The bank is looking for Leven’s counterparts in the Protestant, Catholic and Muslim communities to provide similar services to those clients.

“All the tools we created on the microsite are to democratize access,” she said. “They shouldn’t only be available to clients with higher asset levels.”