Dear Paul, I am a Zionist

Eighty years ago, as Jews tried to flee the war raging in Europe, they had nobody to turn to and nowhere to go. Even if they could escape, almost no place in the world would accept them. The existence of the State of Israel guarantees there will be no repetition of that tragedy.

Let me introduce myself: I’m a Zionist. Clearly, you aren’t. 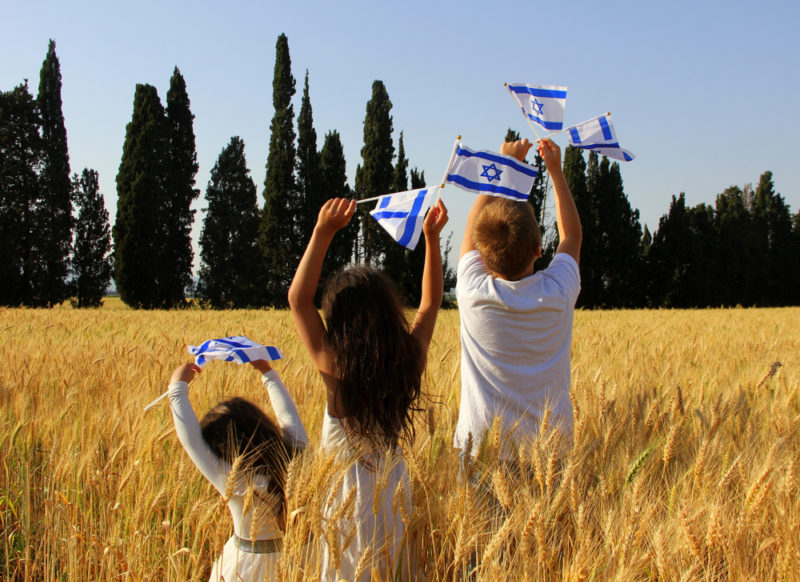 As executive director of Amnesty International USA, you recently clarified your position on Israel. American Jews, you told an audience at the Woman’s Democratic National Club, don’t want Israel to be a Jewish state. They just want a “safe Jewish space.” Israel, you added, “shouldn’t exist as a Jewish state.”

The data say otherwise — fully eight in 10 American Jews identify as “pro-Israel,” according to a 2020 survey from the Ruderman Family Foundation — but you insist your “gut” tells you otherwise. In another context, one might describe your position as “alternative facts.”

My interest in a Sapir issue on Zionism predates your declaration by about a year. It was then that I and other foundation executives were presented with the results of a survey of attitudes of American progressives regarding Israel. Among other recommendations, we were told to stop using the term “Zionism”: It was irredeemably damaged and would turn off too many Americans, Jewish and non-Jewish alike. When I pushed back that this was essentially capitulation, that we ought to be proud of who we are and what we stand for, I was told by the researcher that I was part of the problem: I refused to accept the reality as it was.

Sorry, but I don’t buy it. I was, am, and intend to remain a proud Zionist. What does that mean? Let me tell you.

Zionism is a political expression, but it is a deeply religious one as well. My relationship with God, with Torah, and with the Jewish people, cannot be separated from my relationship to the state and people of Israel. I can’t imagine a Judaism without the magic of Shabbat; so, too, am I unable to imagine a Judaism without Israel at its core. Zionism inspires the songs that I sing with our children and the novels I read on too many plane rides. When I scan the paper each morning, if the word “Israel” appears, it’s that story that will first draw my attention.

Eighty years ago, as Jews tried to flee the war raging in Europe, they had nobody to turn to and nowhere to go. Even if they could escape, almost no place in the world would accept them. The existence of the State of Israel guarantees there will be no repetition of that tragedy.

At this writing, as war rages in Ukraine, Jews are once again on the run, trying to flee another evil tyrant. But today they are greeted by volunteers holding signs under a giant Israeli flag, directing them to food and shelter. And for those who wish, there is also a flight to Israel, where a new life and new hope awaits them. Zionism is not about a “safe space” for Jews. Zionism is about creating a real home for Jews — the kind of home Robert Frost had in mind when he wrote, “when you have to go there, they have to take you in.”

So, Mr. O’Brien, while I’m grateful for your candor, I plan to remain a committed Zionist, as do the overwhelming majority of my fellow Jews.

I’m going to celebrate Israel’s achievements and ache in its suffering. I’m going to take pride in Israeli Olympians competing in sports I otherwise don’t care about. I’m going to sing secular Israeli songs that quote the Psalms and watch excellent (and not-so-excellent) television shows produced in Israel. I’m going to dedicate my energy to the success of this grand national project of the Jewish people and do everything I can to ensure that our children do the same.

In 1961, while Amnesty’s founder Peter Benenson — himself a committed early Zionist — was penning articles about jailed students, Israel was welcoming in the first 11,000 immigrants from Morocco (it would become 85,000 within two years) and holding Adolf Eichmann accountable for crimes against humanity. In 1975, Amnesty was defending the rights of Jewish prisoners of conscience in the Soviet Union even as the United Nations declared that Zionism was racism.

At least Amnesty was on the right side of history then. How did the group let itself fall so far?

The next time I visit Jerusalem’s Old City or the promenade in Tel Aviv, I’ll try to remind myself to thank you for explaining, in your unwitting but still useful way, why Zionism remains as necessary as ever for a thriving Jewish future.

Mark Charendoff is publisher of Sapir and president of Maimonides Fund. Watch for Sapir’s next issue on Zionism, exclusively on eJewish Philanthropy.