Recognizing the crisis, we need to consider new methods to bring more people into the field in a systematic and thoughtful way. What is the right stage at which to begin planting seeds for a career in education? What are the optimal touch points? Who are the ideal candidates?

“Jewish day schools are facing an acute shortage of teachers of Jewish studies at a time when the number of students attending the schools is soaring.” – Joseph Berger, The New York Times

Given what we know about the teacher shortage, it’s not surprising that Joseph Berger reported that news in an article for The New York Times. What might be surprising is that Berger wrote that sentence in July 1989, more than 30 years ago. A few weeks ago, we wrote an article in this publication responding to the Association of Directors of Communal Agencies and CASJE’s call to action, describing our model to recruit talented people to the field of Jewish education as well as to support them in their first year of teaching. This article is a second in a series of our efforts to address this challenge. 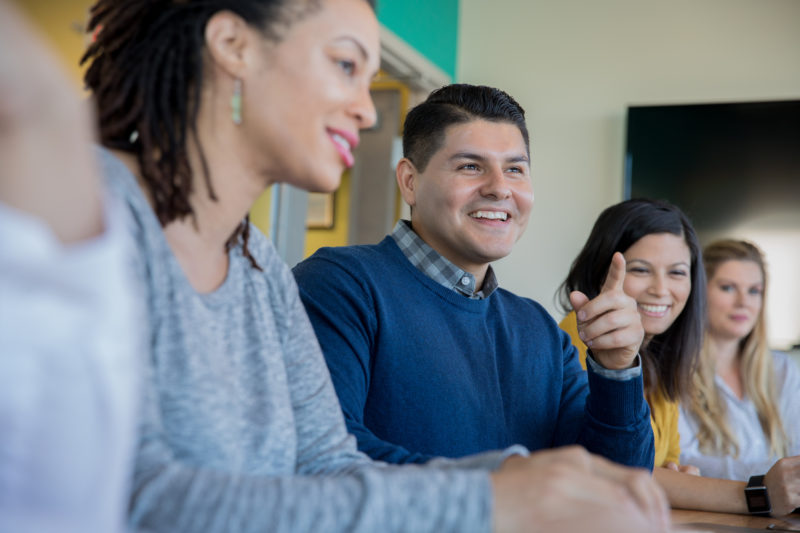 Since TalentEducators’ founding in 2019, our efforts have been largely focused on the short-term. There is a crisis and we need to find great people to inspire future generations. We have successfully recruited and placed more than 150 educators in the past two years, yet we understand that working in the short-term does not solve the crisis in the long run. While it’s tempting and necessary to solely focus on putting out fires, we also feel that it is our responsibility to think long-term: to build the pipeline to ensure that there will be fewer fires to extinguish.

Recognizing the crisis, we need to consider new methods to bring more people into the field in a systematic and thoughtful way. What is the right stage at which to begin planting seeds for a career in education? What are the optimal touch points? Who are the ideal candidates? We have developed several pilot programs to learn more about these important questions and begin to grow the field.

One such program is the Maalot program in which we joined forces with the Pardes Center for Jewish Educators to give female students in their Israel gap year programs a behind the scenes peek of what it means to teach in a dynamic and meaningful way. The eight session in-person Maalot program focuses on the why, what, and how of teaching and provides the participants with a toolbox of skills to think critically about their own learning styles and to craft thoughtful classes of their own. In addition to these practical skills, the Maalot program intends to raise the profile of the Jewish educator. It is not true that those who can’t do, teach. Rather, teaching is a craft in addition to a calling, and should itself be taught, studied and perfected.

Of this year’s Maalot participants, only one had expressed an interest in a career in education in a pre-program survey. We were surprised by how transformational this experience was for these young women, as upon the conclusion of Maalot, more than half the participants were considering a career in education. Some examples of changes that students exhibited, to name a few: one student talked about her application to a college program in Jewish education, another student is interested in pursuing a Tanach degree to teach in middle school, a third wants to pursue a career in academia in Jewish Philosophy, and a fourth is considering teaching in an experiential Jewish space. Of course, as gap year students, the Maalot participants have a significant amount of time before they make career choices. They did, however, express interest in staying in touch and continuing to add to their educational toolkit.

Our hope and intention is that with early exposure to the art and science of education, we can begin to build the pipeline. As outlined in the CASJE study, educators often enter Jewish education as a result of a positive experience (stimulus). We believe that the Maalot program has the potential to spark the desire to teach in these young women and will spur them to choose to be educators in the future.  One Maalot participant noted “that teaching is an art that takes much more skill and methodology than [she] had realized,” prompting her to explore a career in education.

Since publicizing the first cohort of Maalot participants, we have had requests from male students, second year gap year students, and current university students to join the program. We are carefully studying the outcomes of this pilot to scale up and expand beyond our initial cohort and to continue to address the teacher shortage in a systematic and strategic way. To that end, we are additionally developing a program for those that the CASJE study identifies as “switchers” or “those individuals who come to Jewish education having worked, and even having pursued a career, in another field.” We believe that those with careers in other fields bring added value to education and are looking to harness that value in order to ultimately build and grow the Jewish educator pipeline.

Aharoni Carmel is the founding CEO of TalentEducators and a veteran principal of educational institutions both in Israel and the US with over twenty years of experience in the field of education.

Yael Harari is the chief operating officer of TalentEducators and has more than fifteen years of experience in the field of education: as a teacher of literature and language and as a teacher-mentor in American Jewish schools and in Israeli mechinot.