Poverty is the oldest philanthropic cause, yet advocates see innovative programs in the field 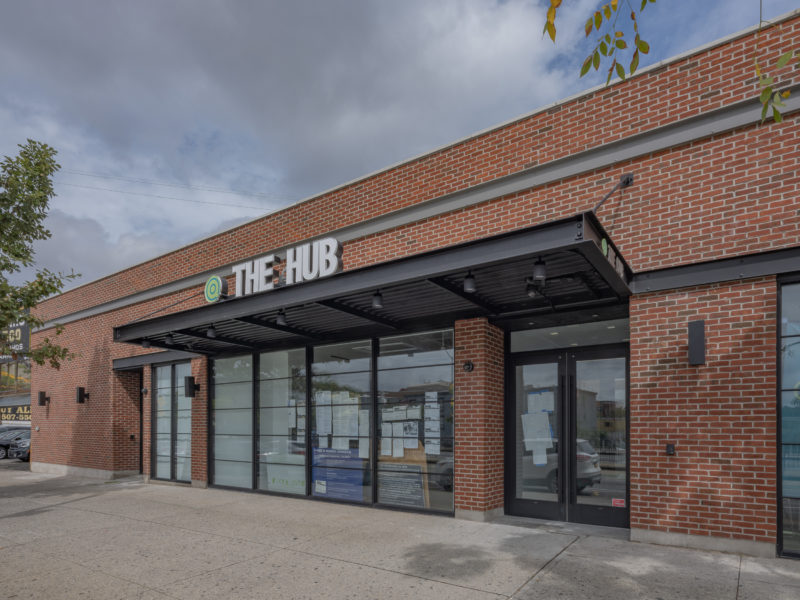 “Let all who are hungry, come and eat.”

The Passover Seder famously includes an invitation to those who have less to partake in the bounty of those who have the ability to share, but many conversations around poverty ignore those in the American Jewish community. In 2018, the Baltimore-based Harry and Jeanette Weinberg Foundation initiated an effort to name, understand, and mitigate the problem. “Jewish poverty mirrors poverty within the broader United States. It’s single mothers. It’s older people. It’s people with disabilities. It’s people who lost their jobs in the pandemic,” Jon Hornstein, a Weinberg Foundation program officer for Israel and the Jewish community, told eJewishPhilanthropy. “We still don’t have great data, and we’re working on that.”

The problem of Jewish poverty is plagued by a lack of hard data, and misinformation that has flourished in the vacuum.

About three years ago, Rachel Garbow Monroe, the president and CEO of the Weinberg Foundation, emailed her counterparts at about 40 Jewish federations and foundations. She told them she was trying to gather all the information available about Jewish poverty, and asked them to give her any research that was statistically reliable. From this survey, the foundation ascertained several major data points: that between 16% and 20% of Jewish households, for example, earn less than $30,000 per year; 7% earn less than $15,000 per year.

Despite the widespread notion that Jewish poverty was declining, 361,000 individuals were living in low-income households in New York City as of 2011, a number that had doubled since 1991. Another myth: that to address Jewish poverty, service providers should focus on the Haredi community. Of almost 200,000 low-income households in New York City in 2011, for example, 16% were Haredi, 32% were Russian-speaking and 52% were neither Haredi nor Russian-speaking. Jewish poverty is not concentrated in any one group, wrote Hornstein in eJewishPhilanthropy in 2019, but in a long list of groups: “older adults, Hasidic Jews, individuals with lower levels of educational attainment, individuals who are employed part-time, individuals with disabilities, single women, immigrants, and those who identify as ‘Just Jewish,’ secular, or have no Jewish denomination.” That article was published to coincide with the foundation’s National Convening on Jewish Poverty, held in March 2019, in San Francisco.

There are several factors behind the dearth of data.

Until very recently, big donors were focused more on other challenges in the community than on the safety net, in part due to the fact that although many Jews do live in poverty, and their numbers are increasing, there are far more Jews who do not. In 2016 there were fewer Jewish households in poverty compared to any other religious group, according to the Pew Research Center. Jack Wertheimer, a professor of American Jewish history at the Jewish Theological Seminary, wrote that programs for the poor and elderly were not favored causes, in “Giving Jewish: How Big Funders Have Transformed American Jewish Philanthropy,” a 2018 report commissioned by the Avi Chai Foundation. “Daily sustenance has not been at the forefront of Jewish people’s minds in recent decades,” said Susan Wolf Ditkoff, a senior advisor at The Bridgespan Group who consults with Jewish nonprofits, including the Weinberg Foundation, on its anti-poverty efforts.

Another difficulty: Data on Jewish poverty has come mainly from demographic studies completed by local Jewish federations. They cover many topics, and they are not consistent with each other, which for the purposes of assembling a detailed national picture of Jewish poverty lessens their usefulness, Hornstein said.

The Weinberg Foundation and the Jewish Federations of North America have formed a partnership to start addressing this issue, Hornstein said. They are offering a $60,000 incentive to 10 local federations to use a core set of questions about poverty, food insecurity and other issues in their once-a-decade surveys; taken  together, those 10 surveys would capture about 40% of the Jewish community. The Jewish United Fund of Metropolitan Chicago and the Jewish Federation of Greater MetroWest New Jersey are conducting their studies now, and several others have said they will do so and are preparing their studies.

The pandemic has fueled a surge of both need and giving.

“When we see six million jobless claims, everyone understands that poverty affects the entire Jewish nonprofit sector,” Hornstein said. Hanna Shaul Bar Nissim, a philanthropy researcher who is also a deputy director at the Ruderman Family Foundation, wrote in InsidePhilanthropy in February that Jewish giving accounted for about 5% of the total $22.7 billion in pandemic-related philanthropy. Of the $1.09 billion given by Jewish foundations, federations and nonprofit organizations, $367 million went to Jewish causes and organizations.

Just before the pandemic hit, the Jewish Funders Network (JFN), an education and support organization for foundations and individual donors who give at least $25,000 annually in the name of Jewish causes, started a newsletter on Jewish poverty. About 300 people signed up to receive it; now, 740 people do, said Julie Wiener, a JFN spokeswoman. JFN hosts an “affinity group” to facilitate communication and cooperation around the issue of Jewish poverty that consists of foundations, federations, direct service providers, researchers, advocates and media outlets. Over the course of the pandemic, it offered 25 videos on such topics as higher education access, how to build a community action plan and affordable housing. In January, JFN created a funders-only peer network that meets monthly to discuss their projects and share information. “The hope is that eventually the group will think together about possible collaborations and funding partnerships – nationally and locally,” Wiener said.

Jewish funders are reaching out beyond the community to identify smart new anti-poverty strategies.

“A lot of donors are interested in things that are new, cutting-edge and different from what other people are funding,” said Jeff Schonfeld, a past president of UJA-Federation of New York who is a partner at real estate firm Brown Brothers Harriman. “Historically that wouldn’t have been describing poverty, but this is a tremendous moment of innovation.” After conducting a national survey to gain a better understanding of the most effective ways to ameliorate poverty, the federation learned that service providers who were offering several interventions — such as  job training, mental health support and financial counseling — in one place were achieving significant success. Three and a half months ago, the New York federation  opened the “Hub” in Queens, New York, in a new building that offers nine services, Schoenfeld said. With the Hub’s help, 132 people have found jobs with an average starting salary of $70,000 a year, Schoenfeld said. Hornstein also highlighted 703-J-CARING, a Jewish community support line in the Washington, D.C., area launched by the Jewish Federation of Greater Washington and staffed by the Jewish Social Service Agency, which refers people in need to the nonprofits, government agencies and synagogues that can help them. New approaches such as the Hub and the hotline are good examples of how philanthropy can help fight poverty, said The Bridgespan Group’s Ditkoff: “A lot of people say government should be providing human services instead of philanthropy. But government doesn’t pay for research and development, for evaluation, for awareness-raising. These are ways to think about what roles philanthropy can play.”