Holtz began consulting for organizations after decades in the for-profit and nonprofit worlds. 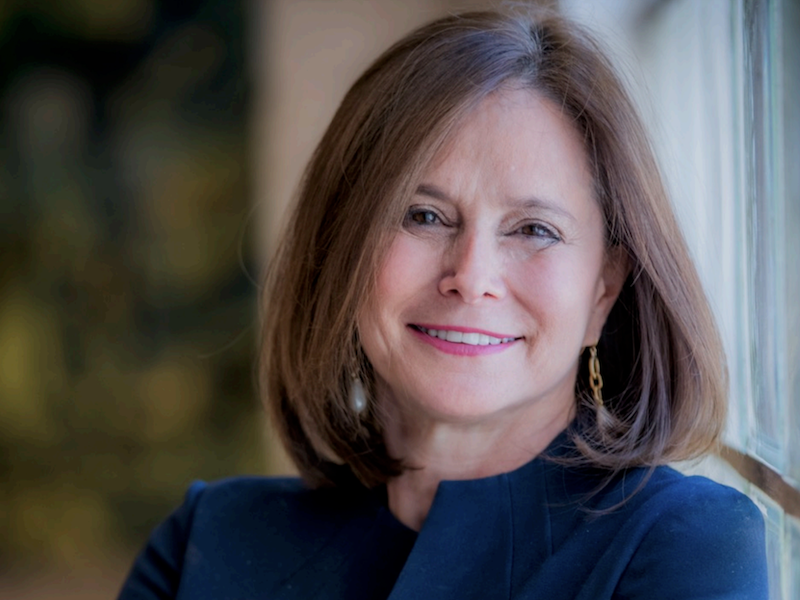 About 15 years ago, Amy Holtz changed her life: Throughout the previous few years, she had  started growing more Jewishly observant, and then moved from a decades-long career in the private sector to the Jewish nonprofit world — going from managing 25 Party City stores in Florida to serving as the president of what is now OpenDor Media, a Jewish and Israel education organization.

Holtz later ran Mosaic United, a Jewish identity-building group partially funded by the Israeli government, and co-founded the Jewish Future Pledge, which urges Jewish philanthropists to commit half of their posthumous charitable giving to Jewish causes.

A few years ago, after more than a decade in the Jewish nonprofit world, Holtz, 58, moved to consulting, and is working with a company called EOS Worldwide, a company that encourages businesses and nonprofits to adopt its Entrepreneurial Operating System, which aims to help companies by focusing on six areas: vision, data, people, process, issues and traction. Within a larger portfolio of clients, and alongside a partner, Esther Mendlowitz, she currently coaches 17 Jewish organizations, from Jewish federations to affiliates of the Orthodox outreach organization Aish HaTorah.

Holtz, who is based in Philadelphia and Jerusalem, spoke with eJewishPhilanthropy about the for-profit vs. nonprofit worlds, the biggest challenges she’s seen across the Jewish organizational sphere and what she’s learned through four decades of career changes. The interview has been edited for length and clarity.

eJP: What are the main things you work on with your clients?

Amy Holtz: So the first thing is vision, getting everyone 100% on the same page with where you’re going and how you’re going to get there. What typically happens isn’t lack of vision but too much vision. So the chair of the board might have one vision, right? And everybody on the board might have a different vision. The CEO could have a completely separate vision… And so we really have to clarify the vision. And we have to avoid mission creep… So we clarify why they exist and what they do, and we use that as a filter to avoid mission creep.

[Another] key component is data — running your business based on facts, figures and objective information, not ego [and] feelings. When I started working at Party City, there was no data. We were often flying blind. Today there’s too much data. We’ve got to boil that down to a handful of numbers so we can make great decisions, not drown in it.

Did the things you coach nonprofits on come up in your own career?

My biggest mistake was what we call “wrong people, right seats.” Those are people who do not share your core values but who are great at their job. It’s typically, like, your number one fundraiser… I never understood how much a wrong person who is really good at their job could destroy the organization.

How did they destroy the organization?

You need to create a positive culture just to have a great business. And if you don’t have people who love working for you… If you have people who are there who don’t want to be there, at best you get minimum successful effort, at worst you get somebody who’s actually working against you, and you’re paying them… When you have a healthy team, it’s a game changer in a business.

What issues do you see cropping up across Jewish nonprofits?

One of the big problems is the problem of mission creep. And that comes from two places. I think it comes from donors coming in and saying, ‘This is my passion project, I want you to do it.’ [And] it might be beyond their niche.

The other thing that happens where you get mission creep is [when] you’re not raising money and you want that next thing to raise money around, right? So everybody gets into antisemitism [for example]. So stick to your niche.

For you, how was working in the Jewish nonprofit world different from, for example, running Party City franchises?

Do you feel like nonprofits are increasingly adopting terms and concepts from the business world, and is that a good thing?

Nonprofits are running businesses like any other business. The only difference is they’re in the business of making an impact instead of making a profit. So there are billions and billions of dollars being poured into nonprofits, and you’re taking somebody else’s money. And I think your obligation to run it in the best way possible is 10 times higher than it is in a real business when it’s my money. If I have somebody else’s money, I think you have an absolute obligation to run it better.