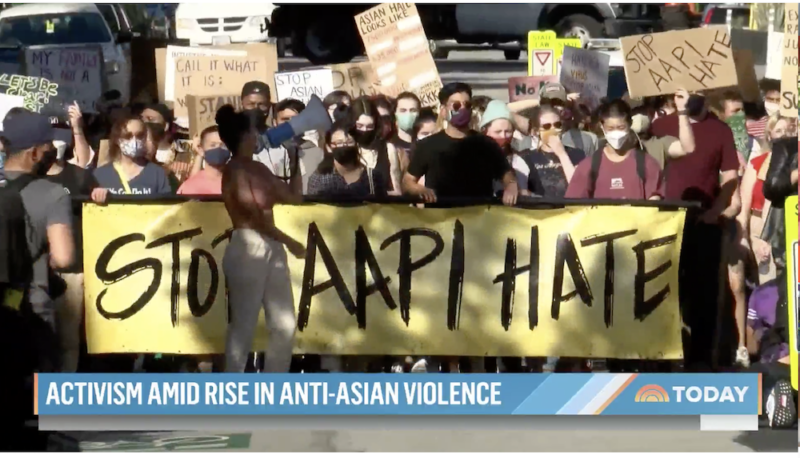 When The Asian American Foundation (TAAF) launched in early May, only about six weeks had passed since the Atlanta-area shooting that killed eight people, six of them Asian women.

Chronologically, the two events happened close proximity to each other, but the work to create the foundation had actually started a year earlier, said Jonathan Greenblatt, CEO of the Anti-Defamation League (ADL), who was involved in the foundation’s creation and is the only non-Asian member of its board.

“We were already moving but that horrible hate crime really underscored the urgency,” Greenblatt told eJewishPhilanthropy.

The ADL systems that track online hate and real-world hate crime had detected a spike in anti-Asian animus more than a year before the shooting, prompting ADL officials to reach out to allies in the Asian-American Pacific Islander (AAPI) community to share the information, Greenblatt said.

“There are a lot of great AAPI organizations, and I suggested that they think about mobilizing specifically on this vector of how they could help fight rising hate,” Greenblatt said.

The ADL, founded in 1913 after the lynching of a Jewish businessman, today tracks antisemitic incidents — vandalism, harassment and assault — on a daily basis and posts them on its website, which also features a map providing statistics. The group does analysis, issues regular reports and works with law enforcement and government to provide training.

A small group of individuals active in the AAPI community enlisted Greenblatt’s guidance in creating what became TAAF, which has named the tracking of hate incidents as one of its top three priorities. The other two are education and AAPI representation in media, the foundation’s president, Sonal Shah, told the Chronicle of Philanthropy in an interview.

The Jewish community is unique in its history and status as a targeted group that has enough communal wealth to build its own security infrastructure, said William Braniff, director of the National Consortium for the Study of Terrorism and Responses to Terrorism at the University of Maryland.

“Antisemitism has been a driver of extremism in the United States for a very long time,” he said. “The Jewish community has been targeted, and has had time to organize.”

By contrast, the xenophobia that fuels hatred against Asian-Americans and other groups has become a driver of violent extremism in the United States only in the past two decades, Braniff said, starting with anti-Muslim hatred after 9/11 and targeting Latino immigrants as well.

Out of 4,784 hate crime offenses in 2019 motivated by race, ethnicity or ancestry, almost half were motivated by anti-Black bias, 16% by anti-White bias, 14% by anti-Latino bias and 4.3% by anti-Asian bias, according to the most recent FBI data available.

Of 1,650 hate crimes motivated by religion, 60% were antisemitic.

Braniff said he believes no other group in any community besides TAAF has organized against hate and hate crime at this scale.

TAAF launched with a $125 million commitment from its board, and yesterday announced that in its first two weeks it had raised about $1 billion more from foundations, corporations and individuals.

TAAF is a grant-making organization; Greenblatt’s role is primarily to support the group in its work with existing AAPI organizations whose mission is to fight hate and extremism, such as Asians Americans Advancing Justice and Stop AAPI Hate.

“We work with the incumbent groups, we’re not trying to replace them,” he said.

TAAF has also made one grant to ADL to help improve the tracking technology used by the group’s Center on Extremism, and another to fund work tracking anti-AAPI hate incidents.

The ADL, along with the Jewish Federations of North America’s (JFNA) safety training and advisory organization, Secure Community Network (SCN), both make a practice of sharing their expertise with other minority groups.

When Latino immigrants faced a spike in hate crime in 2017, the ADL worked with the community, providing Spanish-language training on hate crime to consulates, Greenblatt said.

JFNA and SCN invite other groups, such as the National Council of Churches and AAPI organizations, to webinars that help nonprofits apply to the Department of Homeland Security’s Nonprofit Security Grant Program, which provides funds to help organizations at risk of terrorism fortify their buildings, said SCN CEO Michael Masters and JFNA spokesman Ted Merwin.

The signing comes amid an increase in antisemitic hate crime, Greenblatt said, including 13 incidents since May 11 that reference violence between Israel and Gaza, according to the tracker.

“The Asian-American community has been under siege and now it’s the Jewish community,” Greenblatt said. “It’s moments like this when allyship really matters.”