Jonathan and Dina Leader, known as ardent Zionists and donors, will give initial grants of $10,000 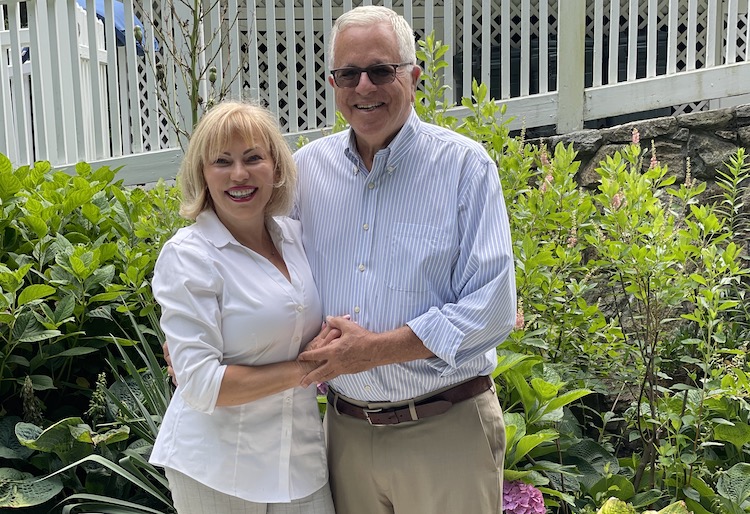 Philanthropy and romance might seem a puzzling pairing to many, but it makes perfect sense to Jonathan and Dina Leader. They met at the Council of Jewish Organizations of Flatbush, married two years later and are now launching the Leader Accelerator, which will provide funding and advice to Jewish nonprofits or programs operating in New York City but struggling to fulfill their potential, Jonathan Leader told eJewishPhilanthropy.

“The best way to look at this is that we want to help second-stage projects get to the next level,” he explained.

The Leaders will accept applications from both independent organizations and existing programs within larger ones that have been in existence for at least a year and have some proof of success.

The couple had planned to select between five and 10 applicants for an initial grant of $10,000 to be made by Dec. 31, but are considering expanding the number of grantees, Jonathan said. In 2022, the Leaders will select at least four of the programs to receive between $15,000 and $25,000, giving preference to innovative programs that address critical needs.

Accelerators have their origin in the business world, where they evolved to support startup companies, and then spread to the world of philanthropy. They have become an especially popular way of connecting so-called impact investors, who are interested in both social and financial returns, to social enterprises in developing countries. In the Jewish communal world, UpStart — a nonprofit consulting firm for other organizations — offers several accelerator programs, including its Change Accelerator, which in January named 52 people to a program that will teach Jewish professionals entrepreneurial skills. The Orthodox Union’s Impact Accelerator identifies promising nonprofits and supports their growth. The Leaders’s accelerator is similar to the Legacy Heritage Fund’s Project Accelerate, which also focuses on second-stage projects.

Jonathan Leader, an independent investor who had started his own firm, Liberty Capital Management, was familiar with the accelerator concept. He thought it could benefit the Jewish community in New York by giving especially promising groups or programs a chance to amplify their impact.

He and Dina will fund the accelerator through a Schwab donor-advised fund (DAF) to which they are the sole contributors.

They served as the grand marshals of the 2018 Celebrate Israel Parade, and also contribute to Jewish groups in the former Soviet Union. Dina Leader immigrated to the United States from the Soviet Union at age 11.

In the early days of the pandemic, the couple  launched a food pantry that tapped young people to deliver food from struggling businesses to homebound people. It is still operating, Dina Leader said.

The two met when a rabbi invited Jonathan to visit the Council of Jewish Organizations of Flatbush to give lessons on entrepreneurship. He wasn’t familiar with the Haredi culture he found there, so when he noticed a non-Haredi woman in the corner with a clipboard, he asked if she would brief him on the community over coffee. The next time, they went out to dinner.

“I worked on Wall Street for 30 years,” he said. “She was the head of the council. It was sort of bashert.”