Giving Group Community is exclusive to Jewish donors who give at least $100,000 per year. 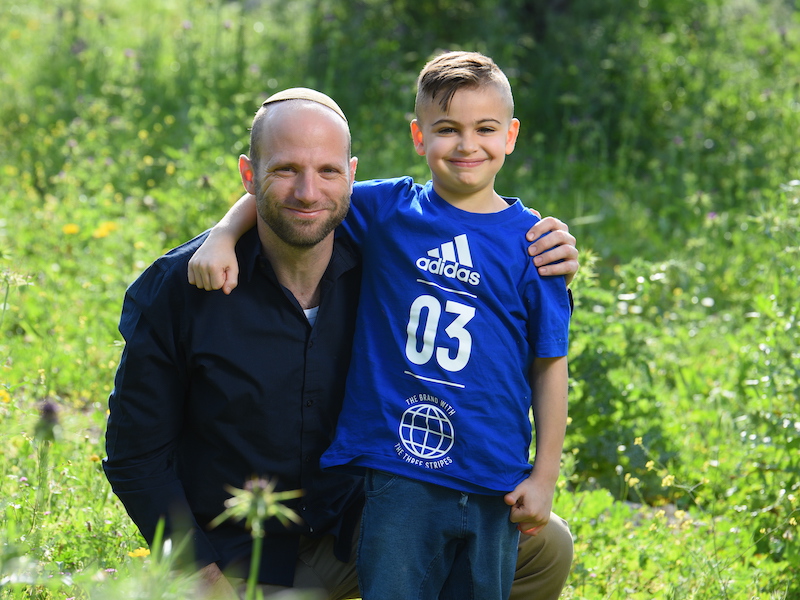 An adult kidney donor next to the child recipient. The organ donation was facilitated by Matnat Chaim, an Israeli nonprofit featured by Giving Group Community.

When it came time to search for causes to support, The Goldsmith Family Foundation used to have a staff member who would carry out detailed research and compile a list of local projects that needed funding.

But now the foundation, which is based in Baltimore and donated roughly $1.5 million to a range of educational and Jewish organizations in the U.S. and Israel in 2020,  doesn’t “have anybody out in the field, bringing us new concepts,” the foundation’s president, Beth Goldsmith, told eJewishPhilanthropy. So when Goldsmith learned about the Giving Group Community (GGC), a membership-based platform that connects wealthy philanthropists to Jewish causes, she signed the foundation up immediately.

“I really loved the idea, to have somebody in Israel to bring us interesting projects that we may want to fund,” said Goldsmith, the former chair of  The Associated, Baltimore’s Jewish federation. “It’s like I have a staff member on the ground. Hiring someone, paying someone in Israel to do the research for us would not be in our budget, so this is an amazing way for a small foundation to do this.”

GGC, which launched in beta late last year, hopes to target high-net-worth Jewish donors with the capacity to give between $100,000 and $10 million per year, and match them with giving opportunities in Israel and around the world. It was founded by Seth Davis, an Israel-based social entrepreneur who served most recently as CEO of the U.S. arm of IsraAID, the Israeli refugee aid group.

“We’ve seen the decline in Jewish giving and Israel giving as a whole, and I found a gap in the marketplace,” Davis told eJP. The high-net-worth demographic, he said, is “being served in other verticals: investment banking, in boutique travel, boutique dating,” but not in philanthropy.

Davis said that the platform, which currently has about 70 members, was inspired by crowdsourcing, as well as the success of OurCrowd, a platform that provides investors with investment opportunities in pre-vetted startups and exclusive venture funds. Instead of an investment portfolio, GGC members can build philanthropic portfolios with a mix of causes: some that members are already passionate about, and others they hadn’t previously funded, which donors can “test the water with,” by making smaller donations, Davis said.

He believes the platform is the first for high-net-worth philanthropists to see a constant “deal flow” — a term used by investment bankers and venture capitalists to describe the rate at which business proposals and investment pitches are being received — of highly vetted charities to consider supporting, he added.

“Everything’s really a swipe, people date this way, they buy crypto, it’s fast decisions,” Davis said. “You see things concise[ly], you read or watch a quick video, you see who else is involved in the network to give you their affirmation.”

GGC declined to share its annual budget, but raises funds in part by asking for an annual donation from its members — typically $5,000, Davis said. One hundred percent of charitable donations by members go to the charity in question.

“I was taken by its simplicity, creativity and potential to meet the urgent need of engaging and making philanthropy impactful, easily accessible and meaningful for the next generations,” said Peter Adler, a longtime Jewish philanthropy professional and consultant who is now GGC’s senior project advisor in Israel. “The platform helps users connect with pre-vetted organizations and also creates a dashboard for multigenerational philanthropy, to engage next generations through technology and closing the gap.”

Because the site’s donor level starts at $100,000 a year, the audience for the platform is limited to approximately 15,000 to 20,000 people and foundations, Davis estimates. Prospective members must complete a detailed survey asking, for example, about how involved their descendants are in philanthropy. The site’s dashboard allows for multiple users so that different stakeholders within a foundation can see the same information. GGC also checks prospective member foundations’ governance, budget and willingness to partner with others in the member network.

About 80% of GCC’s featured causes are based in Israel, and about 20% elsewhere, mostly the United States. Several North American nonprofits have been vetted and are being shown to the GGC community starting this month, Davis added. Prospective projects must be scalable, impact Jews in multiple locations, and support Israel or Jewish people. Davis served as an Israel Defense Forces soldier, and GCC’s website features a photo of a soldier in uniform standing next to an Israeli flag.

Some projects currently featured on the platform are Matnat Chaim (Hebrew for Gift of Life), an Israeli nonprofit that recruits and supports volunteers who donate their kidneys; Tech-Career, a nonprofit providing career training and placement for Ethiopian Israelis; and The Jewish Studio Project, a nonprofit centering on cultivating creativity and art as a Jewish practice.

Because most of the featured Israeli organizations are small and don’t have an English-speaking marketing staff, part of GGC’s work is translating the organizations’ work for a global audience.

“A lot of projects we showcase, the causes are unknown overseas,” Davis said. “[They’re] off-grid, which is a shame, because some of them are fantastic, high-impact organizations that may really be appealing to philanthropists. It’s also exciting for philanthropists to discover some of these entrepreneurial causes.”

GCC selects causes via its Professionals Vetting and Sourcing Committee, which includes former leaders from Jewish federations, the Jewish National Fund and other organizations. The committee reviews organizations’ history, mission, track record and charitable status. GGC then works directly with the organization’s leadership on setting parameters, goals and budget for a particular project, considering a project’s potential impact and its compatibility with the interests of GGC members.

When asked about GCC’s red lines, Davis said it would not feature causes with anti-Israel and anti-Jewish sentiments, though he did not detail what that includes. GCC will also not feature causes that the committee is unable to vet accurately.

“We’re not really fundraising for anything; we reverse-engineered the whole process where we’re showcasing things matched by the desires of our members,” Davis said, adding that as more donors teach GGC what they’re passionate about — whether it’s animal rescue, climate change, providing for Holocaust survivors or other causes — GGC can better work to find “best-in-class” organizations to suggest. “Our mission is to drive more dollars Jewishly in Israel. We want people to feel good about increasing charitable gifts to Jewish and Israeli causes.”

Adler said that the platform is an opportunity to engage the next generation of philanthropists, many of whom may have disengaged from Israeli causes — including because they believe that Israel no longer requires philanthropic support and because “they are not being exposed to organizations and projects that reflect their interests and priority areas,” he said.

“Technology helps bridge that gap, makes it seamless, enables immediate communication and feedback, and enables GGC to meet the specific needs of each high-net-worth multi-generational philanthropy,” he added.

Davis said that, increasingly, members are seeking to use “the four T’s” of philanthropy: treasure, time, talent and ties, and that GGC aims to encourage collaborations among current and rising philanthropists. The organization has added five full- or part-time employees since its launch. It hopes to recruit 500 member families and facilitate $50 million of charitable gifts within its first five years.

“We’re building a cohort of knowledge of active philanthropy,” Davis said. “And they get to meet each other. And some of them also want to connect on business levels or even dating, whatever, that’s good, that will result in more philanthropy and community-building, that’s the goal.”