The danger to others

The climate crisis is not only an environmental issue. It is a humanitarian issue

What is your solution to the climate crisis?

That is my question to everyone who was disappointed with President Biden’s revocation of the Keystone XL pipeline permit last week. I pose the same question to those who object to Biden’s commitment to cut carbon emissions in half by 2030. Do you believe the science that tells us that climate change already causes colossal damage to human lives and stands to cause infinitely more in the coming decades? If you deny the science, then I have little more to say to you. We live in different realities. But if you acknowledge the science — and more and more Americans are coming to believe the evidence appearing before their very eyes — there can be only one response. This catastrophe needs a solution. It will be complicated from the perspective of economics, technology, international relations, and politics. But we need a solution. No ethical society, religious or secular, could claim otherwise. 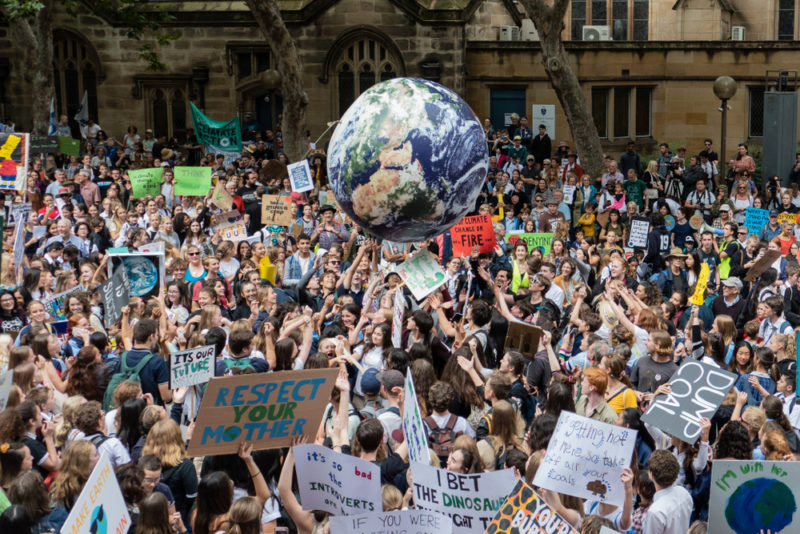 This conclusion has its roots in the Five Books of Moses: “I have set before you life and death, blessing and cursing: therefore choose life”(30:19). The way of God, is the way of life. “It is a tree of life,” says the Book of Proverbs. What are the branches of this tree? Here’s one: We do our utmost to preserve human life. “Whoso sheddeth man’s blood, by man shall his blood be shed: for in the image of God made he man,” says the Book of Genesis. “Thou shalt not murder,” it says in the Ten Commandments. Human life is precious. It is incumbent on us to protect it.

A World Health Organization assessment from 2018 claims that at our current trajectory,  between the years 2030 and 2050 we can expect an additional 250,000 deaths per year worldwide as a result of increased global temperatures. A Duke University study, also from 2018, argues that 150 million lives could be saved by reducing the global temperature increase to less than three degrees by the end of the century. And at the end of this past May, Nature published a study stating that more than a third (37%) of heat-related deaths from 1991-2018 can be attributed to warming caused by humans. This is the opposite of “choose life.”

Jewish law has a label for this kind of lethality. We call it sakana, danger, and it is absolutely forbidden to subject ourselves or others to it. Maimonides, the great 12th-century jurist, writes that “one who leaves a dangerous obstacle and does not remove it, negates a positive commandment, and violates the negative commandment: ‘Do not cause blood to be spilled.” Further details about these laws are fleshed out over the centuries. It is especially bad to cause danger to others, notes one rabbi. The obligation to remove dangers applies both to individuals and to the community, writes another, even if they did not cause the danger themselves.

That means that we need to think carefully. Even if an act has no negative consequences for us, what danger does it subject others to? To this point, the players who are the most responsible for the climate crisis are also the most insulated from its consequences. Air conditioning allows us to be unfazed by hotter summers. Relative wealth means that rising food costs, due to desertification of arable land, need not devastate us. And even the stability of our construction means that we can survive the hurricanes and super-storms that result from a heated planet. Such is not the case for poorer, less developed countries. But make no mistake: We will feel it eventually. Food and energy costs will swiftly become a drain on the resources of the poor, and then the middle class. As people flee the deserts and flood ruins that were their homes, international migration of a scale we have never before seen will wreak havoc on our governments. Extreme weather will eventually take its toll. If we, as individuals and communities, can address the sakana, the danger to others, now, while we are still insulated, maybe we can keep it from coming home to us.

The climate crisis is not only an environmental issue. It is a humanitarian issue. I am no environmentalist. I would call myself a religious humanist. I believe that the needs of human beings supersede the needs of plants, animals, stones, and earth. That is a reality that God put into place on earth. But that very belief compels me to recognize the devastating human cost we pay each year as we allow the crisis to grow unchecked. Both the Bible and Jewish law call upon us to value human life and to do what we can to prevent its loss. All of us, as individuals and as a collective, are responsible for removing the dangers to human life from climate change, even if we did not create them. The climate crisis gives us an opportunity to choose life, to rescue others from danger. And possibly, by rescuing them now, we rescue ourselves from greater catastrophe later.

Rabbi Haggai Resnikoff teaches Talmud and Halakha and is the Director of Community Learning at Yeshivat Chovevei Torah.