The trip is the capstone of a two-year seminar on Jewish textual literacy and peoplehood. 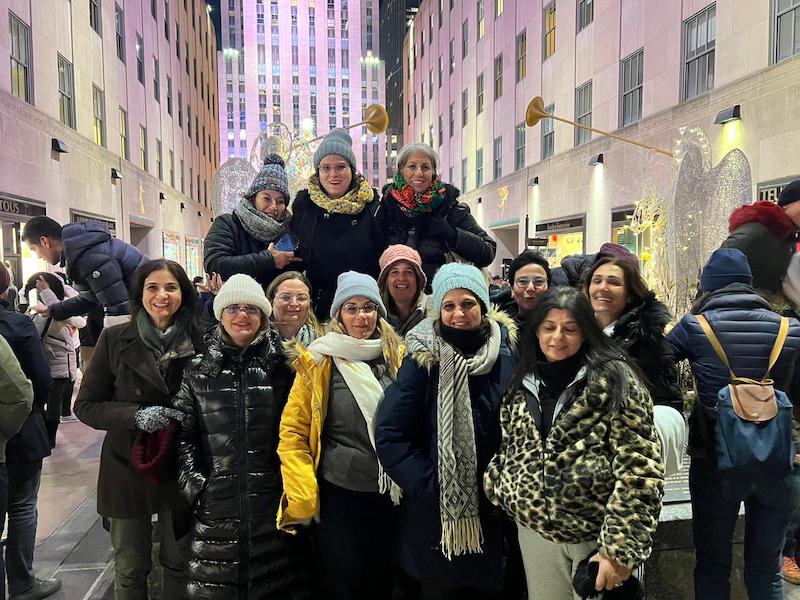 As she embarked on a tour of Jewish day schools, synagogues and communal institutions in New York City this week, Noga Mor, the principal of a secular Israeli public elementary school, had a question: If there were indeed antisemitism in the U.S., how come the Jews haven’t packed up and moved to Israel?

Over the course of the itinerary, she heard an answer. “They said something beautiful — that we don’t need to feel like victims of antisemitism, but rather need to strengthen our Jewish identity and be proud of who we are,” Mor told eJewishPhilanthropy. “That moved me. Now I understand what their approach is.”

Mor is one of 11 Israeli educators on the weeklong trip, which aims to expose the Israelis to American Jewish day school education and to connect them with their peers in those schools. The trip is run by TALI (a Hebrew acronym for “enhancing Jewish study”), a pluralist Jewish educational organization that implements an expanded Jewish studies curriculum in nearly 100 secular schools, mostly elementary, and in 200 preschools. The organization is part of The Schechter Institutes, an Israeli educational institution, and was founded by Conservative Jews but is not affiliated with the movement.

The delegation has also visited a variety of synagogues and other organizations, including the UJA-Federation of New York, which provided funding for the trip. The itinerary opened with a walk down Fifth Avenue and then Manhattan’s heavily Jewish Diamond District, to show the contrast between celebrations of Christmas and Hanukkah.

The choice not to visit an Orthodox school was deliberate, said Peri Sinclair, TALI’s director general, because the organization wanted to “find schools and institutions that cater to the same population that comes to TALI schools” in Israel, which is largely made up of non-Orthodox Jews.

“The first [goal] is to just see what goes on in the Jewish community in New York, because there’s so much diversity,” Sinclair told eJP. “The second is to see what it means to have to actively be engaged and create, and choose to be Jewish.”

The trip is the capstone of a two-year seminar on Jewish textual literacy and peoplehood, and Sinclair feels that a firsthand look at Jewish schools can illuminate the similarities and differences between Jewish education at TALI schools and American Jewish schools.

“We want to ask them how they deal with their challenges and share how we deal with our challenges, and try to learn from each other,” she said, adding that in Israel, her mission in secular communities is sometimes to say, “Let’s look what our tradition says, and try to learn from it, and not feel like we’re being oppressed by political groups,” whereas in the United States, “You’re living in the land of the free and everything is open. And in order to live in a Jewish community, you have to make sacrifices.”

The trip also emphasizes the day school as a hub for community, something that Sinclair said is often missing at Israeli public schools. In addition, the group met with a multi-denominational panel of rabbis, which Mor said she enjoyed, adding, “There’s also a lot of appreciation for the creative things developing here.”