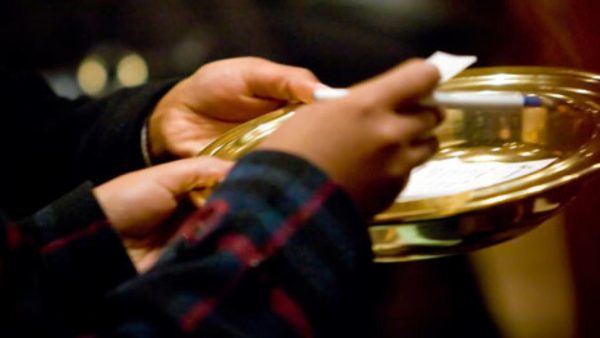 A just-released report examining charitable giving to houses of worship and other entities supporting religion suggests that Jewish households “are more generous than other households of other religious affiliations” and also notes that “35 percent of Jewish giving is directed to religious entities.”

“Giving to Religion: A Giving USA Special Report” follows the June publication of the annual Giving USA announcement that American charitable giving reached an all-time high in 2016 of $390.05 billion. Included in that figure is $122.94 billion for the religion category. In the aggregate, this is the highest level of giving ever recorded in the more than 60 years of the annual report and further suggests that America’s synagogues may not be doomed.

Included in the findings is a review of important characteristics of who gives, their motivations, and challenges to houses of worship in a period of declining attendance or affiliation.

The GUSA report is based on new data from the Indiana University Lilly School of Philanthropy’s Philanthropy Panel Study (PPS), which tracks more than 9,000 individuals’ and families’ giving and the dynamic practices that influence those practices. The PPS is the leading and most accurate resource for measuring U.S. household giving. The report presents a number of findings about the current state of religious giving, addresses unique challenges of measuring giving to religious causes, summarizes previous research, and provides conclusions about the state of the field.

The following are critical takeaways from the document:

The report on giving to religion represents an introduction to other analyses about the financial strength of synagogues to the American Jewish community. Several questions that require research and review are:

Robert I. Evans is the founder and president of The Evans Consulting Group, a fundraising consulting firm now in its 26th year. He is a frequent contributor to eJewishPhilanthropy.com. Mr. Evans serves on the GUSA Foundation Board and as a member of the editorial review board for GUSA. Evans Consulting works with dozens of nonprofits on fundraising, strategic planning, leadership development, and nonprofit business practices and strategies. Learn more at www.theEvansconsultinggroup.com.