Other changes at the L.A. Conservative rabbinical school include less emphasis on Talmud and a tuition reduction announced earlier this year. 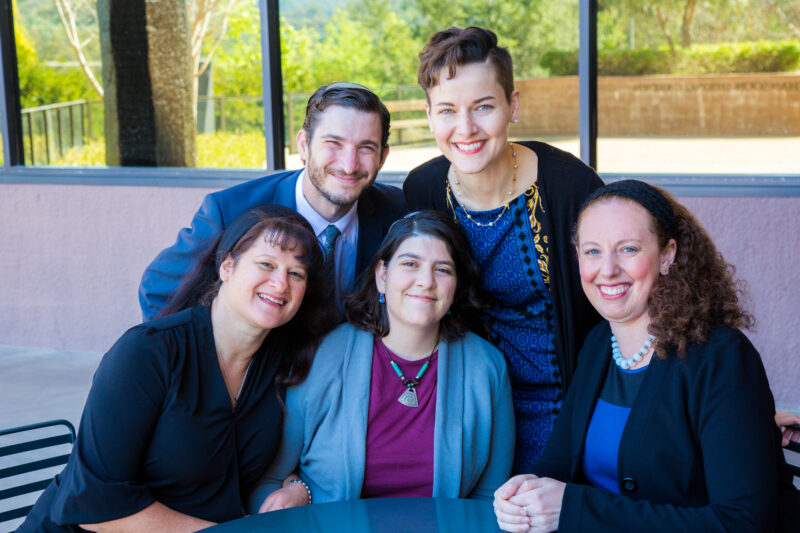 Earlier this month, American Jewish University’s Ziegler School of Rabbinic Studies announced a set of programmatic and structural changes that its leadership hopes will produce rabbis who are better-equipped to serve today’s American Jewish community.

The changes at the Conservative rabbinical seminary in Los Angeles impact the school’s schedule, curriculum and duration of students’ Israel experience. They follow an announcement earlier this year that Ziegler, founded in 1996 as an alternative to the Jewish Theological Seminary in New York City, would be slashing tuition from more than $30,000 to $7,000 annually.

“It’s good to reinvent rabbinical school now and again, to not just go on the assumptions of what worked 2025 years ago, but to say, ‘what do people need now that’s essential,’” Rabbi Bradley Shavit Artson, dean of the Ziegler School, told eJewishPhilanthropy. “The goal is to acknowledge and celebrate the diversity of ways rabbis are serving.”

The changes also come amid declining enrollment at Ziegler. The school ordained seven rabbis this past May, and its 2021 ordination ceremony, which included the 2020 class as well, saw a total of eight graduates. Its enrollment is consistently lower than that of JTS, and it welcomed just five incoming students in 2021.

The seminary’s curriculum will move from a five-year or six-year program to a four-year program. At present, most Ziegler students spend their third year of school in Israel; moving forward, that program will be restructured into an intensive 10- to 12-week summer program. The fourth year of school, meanwhile, will be a residency, modeled after the structure of medical school and providing an opportunity for rabbinical students to work in a synagogue, school or other chaplaincy — or an organization or institution that will provide them with immersive, hands-on training.

In addition, Ziegler said its tuition cuts bring its affordability into the same range as JTS, where most students pay a maximum of $7,000 after financial aid. (The Reconstructionist Rabbinical College website lists this year’s annual tuition at $28,000 per academic year, and says that published 2020-2021 tuition rates at other accredited rabbinical seminaries range from $22,490 to $36,668.)

The changes will go into effect in the fall of 2023, and are happening at a time when AJU itself is beginning a several-year transition out of its Bel-Air campus. The campus was sold earlier this year to education company EF Education First for an undisclosed sum that, according to the Forward, is estimated at about $65 million. While the rabbinical school will continue to meet on the campus through June 2023, the plan beyond that is uncertain: as of now, no future home for the Ziegler school or other AJU programs has been identified.

Rabbi Joshua Hoffman, president of the Board of Rabbis of Southern California and president of Academy for Jewish Religion-California (AJR-CA), another Los Angeles-area rabbinical school, called Ziegler’s new curriculum “a model that helps tomorrow’s clergy get a leg up to enter the professional Jewish community with real first-hand experience.”

Hoffman, who was ordained at Ziegler, said that framing rabbinical school as a professional training program, “by allowing more practical application of the wisdom acquired in the school, is something that I think is worth trying… The school is responding to the demand to streamline the educational experience for a world that needs spiritual leadership faster and more immediately than it has in recent generations.”

Those changes will also be reflected in Ziegler’s curriculum. Rabbinics, for instance, will continue to include Talmud, but at a reduced intensity, in order to place more emphasis on other parts of the curriculum. The prior curriculum required 76 credits for total text, including 49 for Judaica, Artson said, while the new curriculum requires 66 credits for total text, including 35 for Judaica. In addition, students will take 24 credits of classroom time, rather than 40.

The truncated Israel program, which Ziegler hopes will still allow students to connect to the country, is a departure from other Conservative and Reform programs, which have traditionally required a year in Israel. Rabbi Ayelet S. Cohen, dean of the rabbinical school at JTS, said that the seminary believes having a longer Israel experience allows students to experience life there, which, she says, is “part of learning about klal yisrael [the Jewish people], about Jewish experience outside of their local experience.”

“Part of the journey of becoming a rabbi is learning about the arc of Jewish history and learning about Jewish peoplehood,” Cohen said. “So having that longer intensive Israel experience really helps round that out, helps our students experience the rhythm and the complexity of what it’s like to live in Jerusalem.”

Artson sees the shift in the Israel program as an opportunity that reflects the reality that most of today’s Ziegler students likely already have a relationship with the Jewish state.

“The idea that rabbinical school is your one chance to expose them to Israel is false,” Artson said, adding that the new Israel program, while shorter, will also be “really focused… to respond to market needs and be used as a chance to be creative and ask the really dangerous question: ‘What is it that only we can do? And what can we do better?’”