From civil rights to civic engagement to Israel education, panels feature women advocating ‘for those who need us.’ 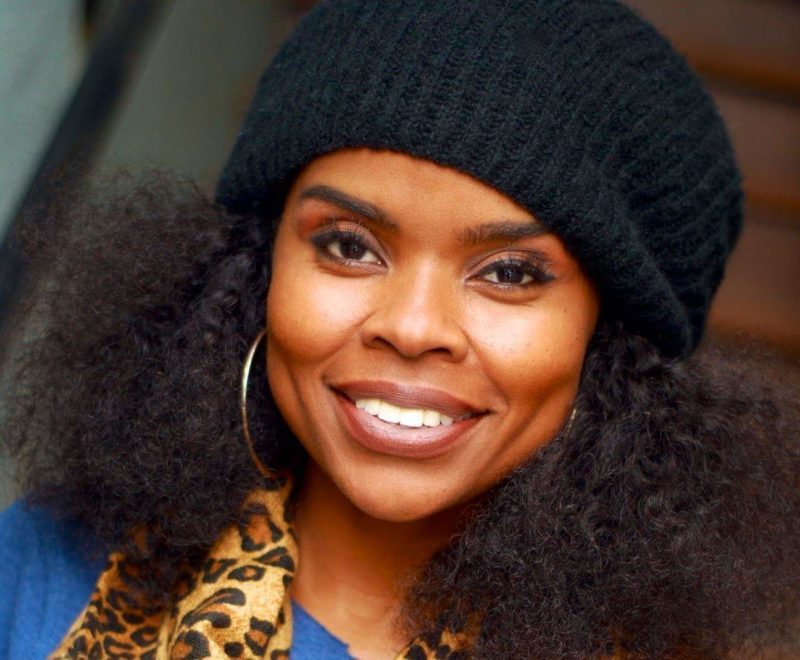 An actress who wrote the book on explaining Israel, a rabbi who founded an anti-violence initiative in Chicago and more than 250 other women gathered on Sunday for virtual panels and breakout groups at Hadassah’s “The Power of Purpose” conference. The conference, which also featured a keynote conversation between veteran journalist Lesley Stahl (co-editor of “60 Minutes”) and Jenna Bush Hager (co-host of NBC’s “TODAY with Hoda and Jenna” and the daughter of former President George W. Bush), brought together women in different sectors, from civil rights and civic engagement to women’s health and Israel advocacy.

“Our voices allow us to advocate not just for ourselves but for those who need us,” said  Rhoda Smolow, the organization’s president, said in her opening remarks. She noted that Hadassah started with youth aliyah for young Jews fleeing the Nazis and is now serving at-risk youth, and that Hadassah medical advances happen every day while modeling coexistence by being open to all, regardless of affiliation or cultural background.

Bush Hager spoke about life as a first daughter and praised her parents for “not saying this is who you’re going to be and how you’re going to dress. We were able to fail. As a parent, it’s the bravest thing you can do,” she said.

She also spoke about her work on behalf of underserved children. Bush Hager recently donated $100,000 to No Kid Hungry, and in 2020 she was a UNICEF ambassador for the UNICEF “Won’t Stop” campaign, a COVID-19 initiative.

“So much of our life is determined by where we’re born. And as long as I’m here I will continue to work and help kids that weren’t born in the best addresses but deserve the same [opportunities] that we all do,” she added. When you’re born into a life of privilege with options, Bush Hager said, “it’s your obligation to help.”

“You grow up Black in America and you know what the problems are, but are powerless to do anything about it,” said Manasseh, who launched her organization when her daughter’s friend was murdered in Chicago, adding that when you’re Jewish, “you are the person who’s supposed to do something about it.”

Dayani spoke about the formative experience of having been an immigrant from Iran, and noted that America saved her life, but that “loving your country can mean asking it to be better.”

Goldstein suggested that although the Jewish community often mobilizes to advocate for others, “when it comes to us as a minority community, victims of hate crimes and bigotry, where is everyone for us?”

Dayani said she was attacked all the time for what she believes about the importance of civic engagement but when she started speaking out against anti-Jewish social media, people attacked “not for what I believe but who I am.”

“If we allow any form of hatred to exist then you are allowing all forms of hate to exist. If history has taught us anything it is that hatred starts with Jews but doesn’t end with Jews,” Dayani said.

Manasseh noted that she was likely the only Black Jewish woman in the Zoom session for this conversation and noted that “this community needs representation other than myself.”

“A lot of Jews cast their lot with white Americans,” Manasseh said. “We have history here that we need to discuss if we’re going to be real allies. If you have the power to cancel someone, you are powerful. You can’t be powerful and a marginalized group at the same time,” she said. She added that conversation is necessary around stopping the disenfranchisement targeting Black and brown voters, and that people need to connect in spaces that are “committed to people just showing up and being people … relationship-based on something that’s not politics, but as a human being.”

At the panel on “How to Support Israel through Education, Entertainment and Technology,” Lee Moser, chief of staff for former Israeli Ambassador to the U.S. Michael Oren and founder of the women’s venture investing company AnD Ventures, said that technology creates jobs, and helps people become more mobile, socially and geographically. “Israel has gone way beyond Start-up Nation to ‘partnership nation,’” she said.

Rachel Fish, a self-described “scholar warrior” specializing in Israeli history and Zionist thought, discussed her work to discover “how language around Israel originates, how it is absorbed in politics, social media, social justice movement and hijacked for a clear purpose of deligitimization.”

“For far too long, Israel conversation was taken for granted and then removed from Jewish education,” Fish said, noting that the scaffolding of historical context matters, and that greater literacy is needed to “empower people to have this conversation with kids early, [about] what it means to be part of something bigger than yourself.” Such education can’t be outsourced, she added, because many organizations are afraid to engage with it, and that what was needed wasn’t a safe space but a “brave space,” where people could “engage bravely and challenge ideas so we’re no longer a herd mentality.”

“We have failed our children” when it comes to educating them about Israel, said actress Noa Tishby, founder of Act for Israel, Israel’s first online advocacy organization, and author of Israel: A Simple Guide to the Most Misunderstood Country on Earth. “We put them through Jewish education and sent them to college ill-prepared for tough conversations. We need to address apartheid and ethnic cleansing before they hear [those terms].”

Manasseh urged those on the Zoom call to raise their voices and speak out, thereby setting an example for the next generation. “I am not quiet. I am loud. I am in your face,” she said during her panel. “Take up all the air in the room. We’re not our mothers and grandmothers. Our daughters are in the room. Teach them how to have a voice,” she said.