give me a break

The grants come from R&R, which wants to promote the value of sabbaticals in the Jewish world. 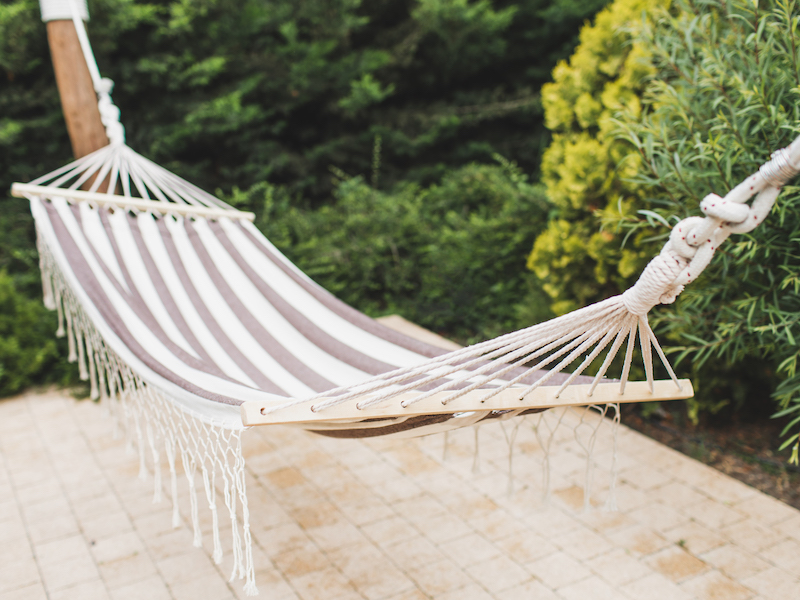 During her previous contract negotiations with the board at Kavana Cooperative, an independent Jewish community in Seattle, Rabbi Rachel Nussbaum emerged with an approved sabbatical, in principle, as part of her contract. It would have been the first significant  break since she founded the community, of which she is rabbi and executive director, in 2006.

“Through the pandemic, I’ve watched many colleagues leave the profession, and I can feel my own weariness,” Nussbaum told eJP. “Given the challenges of this COVID chapter, taking a sabbatical hasn’t yet felt pragmatic or possible.”

But now, with her staff and community feeling stable, Nussbaum says the time is right. And Nussbaum is also getting a little help from R&R: The Rest of Our Lives, an organization offering three-month paid sabbatical grants to a handful of CEOs and directors of Jewish nonprofits.

Today, R&R leadership announced  its first cohort of five grantees, including Nussbaum, out of 26 total applicants. The others are Asher Gellis, founder of JQ International; Dr. Ora Horn Prouser, CEO and Academic Dean of the Academy for Jewish Religion (AJR); Yavilah McCoy, founder and CEO of Dimensions Educational Consulting; and Aliza Kline, CEO and president of OneTable.

The grant has two parts: $50,000 directly supporting salaries and benefits for the awardees during their sabbatical, and  $10,000 to support interim leaders and staff during their absence. This might include leadership development or a bonus for the deputy playing a larger role in their absence.

“Sabbaticals are proven to reduce burnout, retain talent and spark the next generation of great ideas,” Josh Feldman, R&R’s founder and CEO, told eJP. “R&R believes every worker deserves access to a sabbatical during their career… This grant honors these five leaders’ significant and longstanding contribution and leadership through a significant investment of time for them to rest, renew and recover.”

All of R&R’s sabbaticals will be a minimum of three consecutive months and must begin by August 2023, Rachel Zieleniec, R&R’s program director, told eJP. Each leader and organization has the coming year as a “window” to select from. They will also stay in touch as a cohort.  The grant’s only requirement is that grantees must disconnect from all professional work during their time away. These sabbaticals are geared strictly toward rest and renewal for the leader, however each leader defines those terms, Zieleniec said.

Some of the grantees have already made internal plans for the sabbatical. At JQ, Chief Development Officer Shana Gee-Cohen will act as the top professional in Gellis’ absence, and a part-time consultant will be added for extra support. At Kavana, two staff members (one in operations and one on the rabbinic side) will cover for Nussbaum in her absence.

McCoy has been at Dimensions for eight years and plans to spend her sabbatical in a writing cohort for women social justice leaders. She hopes that her taking a break also sends a message to the organization she leads, McCoy told eJP.

“It is essential to me that I model within my leadership the balance between meaningful labor and meaningful rest and alternatives to the ways in which racist systems have harmed BIPOC women and communities for generations,” she told eJP, using an acronym for Black, Indigenous and People of Color. “Taking this first sabbatical aligns with the culture and practice that we are already developing within Dimensions and will be a great way for me as a leader to both walk the walk and talk the talk.”

Prouser has been at AJR for more than 20 years, which she called a “labor of love,” and  told eJP that this is her first sabbatical, a milestone that feels especially significant as the shmita, or biblical sabbatical year, comes to an end in two weeks. She plans to “spend the time pursuing interests that I never have time for, traveling, and taking things slowly to allow time for me to think creatively and be refreshed in body and soul.”

Aliza Kline of OneTable, which facilitates Shabbat dinners for young Jews, connected the sabbatical to the overarching structure of Jewish ritual.

“Without the ritual of Shabbat would I actually refrain from email for a solid 25 hours?” Kline asked. “R&R has created a ritual framework for sabbatical —  elevating the practice, ensuring thoughtfulness through the application process, building in planning and accountability.”

In considering her sabbatical activities, Kline said that “the lack of specificity is part of the plan,” as she is “imagining what it might be like to spend three months guided by the right side of my brain.” She added, “I do my best thinking when running, swimming or meditating. I look forward to building these and other practices into my daily life.”

Asher Gellis of JQ International, a group for queer Jews and allies, hopes that, while he’s away, other staff members will step up and develop their own leadership skills.

“I think that, after 19 years, the organization should have a break from me, just as much as I should have a break from working,” Gellis told eJP. “ I would be foolish not to acknowledge that as a founder, I cast a shadow. My absence is a chance for the organization to stand on its own, to test its sea legs.” Gellis hopes to attain rest, replenishment and new and meaningful experiences during the sabbatical, and said it is likely to include travel and other efforts to expand his horizons.

“I haven’t stepped one foot in a country new to me in almost 10 years, and I can’t wait to explore a new place, enjoy the food and meet new people,” he said. “I think this opportunity is truly a lesson in self-care, something we have all been trained by society to think is indulgent. The truth is, if I don’t take care of myself because I can’t stop working, I am unable to be at my best, something I think is essential to our organization’s future success and my life’s success.”

Nussbaum said she will use the sabbatical to spend time in nature, rekindle relationships with family members and friends and learn Torah for its own sake. In addition to needing a break after 16 years, Nussbaum said she is “excited about the extra benefits of being part of a structured cohort, and receiving support in making intentional choices about my sabbatical time.”

Upon her return, Nussbaum aims to develop a sabbatical policy for all of Kavana’s full-time employees. “If our small, scrappy, local Jewish community organization can do this,” she said, “perhaps we can inspire other Jewish nonprofits to shift their work culture as well”