The blessings and opportunities of working with interfaith couples

Gaining insight into what each partner needs is messy and time-consuming, and many young couples already feel tired and overwhelmed. Doing so will be to the benefit of the couple, of course. But it also will benefit the Jewish people as a whole, as issues that might have been blamed on religious differences will now be revealed as something else entirely.

Working with interfaith couples is one of the great joys of my rabbinate. Each conversation with an interfaith couple — and at this point, I’ve probably worked with well over a thousand — reminds me that Judaism should be a proactive, spiritually growthful, human-oriented practice and not just the flotsam and jetsam of family history and communal memory. 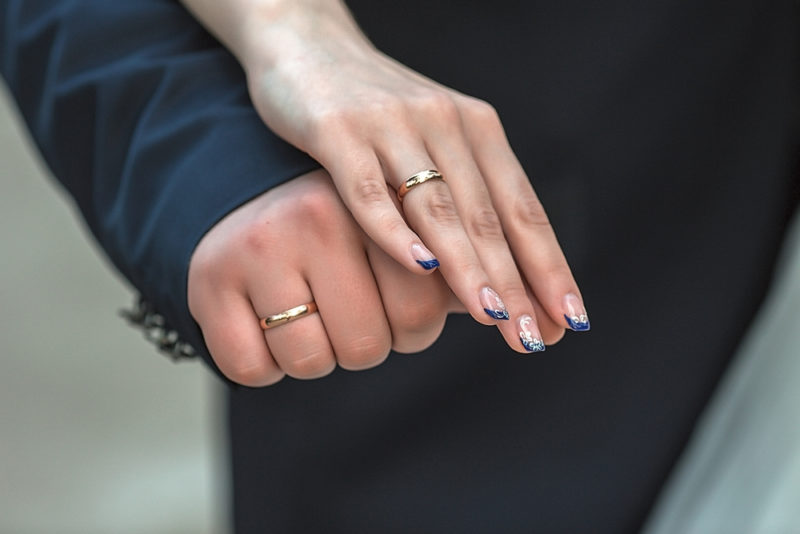 Even as interfaith couples can be a blessing to the Jewish people, however, there often are religious and/or cultural conflicts. The longer I have worked with these couples, the more I noticed some patterns emerging from their specific concerns. “On the surface, this conflict seems to be about X,” I’d find myself saying, year after year, “but I think what you’re really talking about is Y.” Over time, I’ve come to see how just about every conflict I’ve encountered with interfaith couples is an outgrowth of one or more of a short list of underlying problems. Let’s call them the four root causes of conflict. Identify what’s going on underneath a supposed argument about Easter egg hunts or arrangements for a baby naming helps couples have new insight into how they want to approach the life they are building together, and can help them find compromises or solutions that address those underlying issues — or begin to see that they’re truly incompatible.

Here then are the four root causes that have surfaced in my work with interfaith couples:

To a greater extent than we might like, building a life with another person also means integrating family systems. Even if someone is estranged from their family, human beings are shaped by their upbringing and family culture.

Often, couples will blame religion for a problem (e.g. Christmas is too materialistic a holiday) when the actual problem is with the family system (“I continually ask my father-in-law not to send so many gifts, but he ignores me”). Individuals need to de-couple, as it were, the religion from the family system that practices them. This is difficult, as sometimes the two are conflated or indeed do overlap. For example, a Jewish family may think that a wedding is primarily about the community, but others may think it’s about the couple. But it is important, nonetheless, to tease one from the other whenever possible.

An old joke goes like this: Two young fish are swimming along, when they see an old turtle paddling the other direction. As he passes, the turtle nods at the fish and says “Morning, boys. How’s the water?” Once the turtle is out of earshot, one turns to the other and asks “what’s water?”

In America, most interfaith couples have one partner who is Christian or Christian-adjacent (i.e. celebrating Christian holidays, but in a manner they call “secular”). For those people, it can be hard to recognize all the ways that Americans swim in the waters of Christian hegemony. Ostensibly secular schools stage nativity plays and Easter egg hunts; teams schedule games on Shabbat; it’s nigh impossible to turn on the TV in December without landing on a plotline about how embracing “the real spirit of Christmas” is necessary for peace, joy and plot resolution.

Often, when the partner from the majority culture engages for the first time with examples of their minority partner’s lived experiences, it can be surprising or confusing. Perhaps, the Protestant partner wonders, their Jewish girlfriend misinterpreted her schoolteacher’s evangelism? The partner from the minority group, on the other hand, may have limited bandwidth for compassion for their Christian partner’s connection to their own family traditions, such as Christmas, as Christianity has caused so much tzuris for Jews over the millennia. But everyone’s experiences need to be validated.

ROOT CAUSE #3: Christianity as a religion vs. Judaism as an evolving religious civilization

“When they come for my people, I’d ask that you pay attention,” one Jewish partner said drolly to his non-Jewish girlfriend after the shooting in Pittsburgh a few years ago. She turned to him, gape-mouthed. “Why would this shooting matter more than any other mass shooting? In all the years we’ve been together, I’ve never seen you step foot in a synagogue!”

Because Christianity is the prevailing cultural force in the US, most Americans have absorbed its definition of what Judaism is– more or less Christianity minus Jesus. So, if you don’t do Jewish, then, to a certain extent, you aren’t Jewish. But Judaism functions differently than Christianity because it is not only a faith tradition. It is also a people, a nation, a culture, an ancestry and a permeable tribe. This was an insight offered by Dr. Mordecai Kaplan, the founder of Reconstructionist Judaism, in the early 20th-century and it largely captures the ethos of American Jewish communal life to the present day.

That Judaism is more than a religion is behind the most oft-asked question from non-Jews about their Jewish partner: This person does not believe in God and makes a point of eating ham-and-cheese sandwiches on Yom Kippur. Why do they insist on having Jewish children?

I’ve often found the answer Jewish partners give is “because.” And that’s not fair. Jews need to be able to articulate what connects them to Judaism besides their parents and grandparents, and even besides antisemitism. If they can’t, then they don’t have the right to demand anything of their non-Jewish partner. But they are lucky, because there are just so many reasons, including and beyond religion, to be proud to be part of the Jewish people.

ROOT CAUSE #4: Don’t take your issues out on your religion

All couples have issues to work out. Sometimes they rear their head in a fight over laundry; sometimes the disagreement is over money. Most disagreements are not only about the presenting issue (you don’t do the dishes) but also about an underlying one, as well (I don’t feel heard by you).

Conversations around religion are no different. Presenting issues can be rooted in more deep-seated ones, such as difficulty communicating, narcissism, or more general incompatibility.

Listening to and truly comprehending another human being’s needs is among the most important things we can do. While it is much easier to work on the specific, practical compromises (I’ll come with you to church twice a year) rather than subjective, feelings-based conversations (I feel lonely when I go to church, even when you’re sitting next to me), the latter will go a longer way in keeping a couple connected and happy.

Gaining insight into what each partner needs is messy and time-consuming, and many young couples already feel tired and overwhelmed. But if they care about truly understanding their partner — in  other words, actually being a partner, and not just a roommate — they need to figure it out. Doing so will be to the benefit of the couple, of course. But it also will benefit the Jewish people as a whole, as issues that might have been blamed on religious differences will now be revealed as something else entirely.

Rabbi Shira Stutman was the founding rabbi of Sixth & I in Washington, D.C.. In January, she and the actor, Joshua Malina, launched the PRX podcast Chutzpod, which aims to provide Jewish answers to life’s contemporary questions and help listeners build lives of meaning. In addition, Shira is also the founder of Mixed Multitudes, an organization that exposes diverse groups of Jews and fellow travelers to the beauty and power of Jewish life, tradition and conversation.