Telling the complete story of Israel to North American Jews

How did the American Jewish community reach the point where today, more than half of its members between the ages of 18-29 say that they feel no emotional attachment to Israel?

If we are looking to cast blame, there are no shortage of directions to point our finger. An unsolvable Israeli-Palestinian conflict, partisan politics on steroids and assimilation may all top the list. Yet, any honest conversation in the American Jewish community needs to include taking the difficult step of looking in the mirror and asking ourselves the following fateful questions: What are we doing wrong? What exactly is the Israel that we are presenting to American Jews? And, most importantly, what must we do differently? 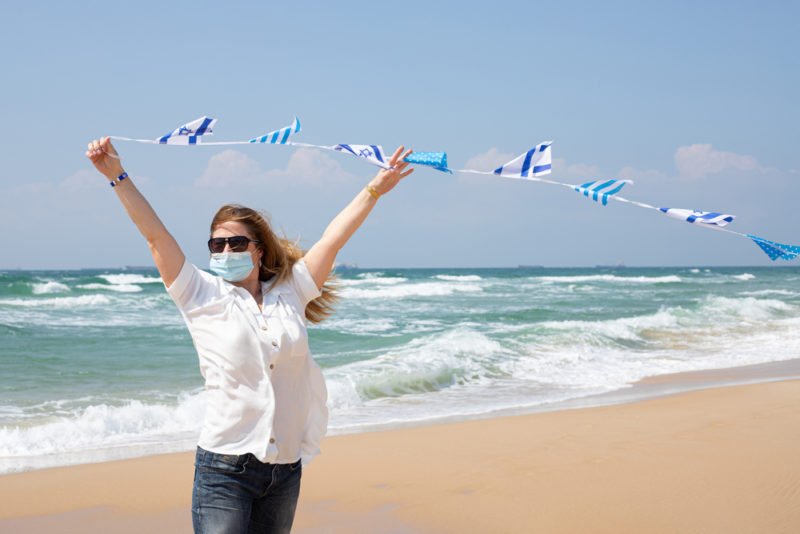 Ironically, the answer lies in the success that we have had in advocating for Israel to non-Jews. We need to meet our audience where it is and find the approach most likely to resonate with it. In the U.S., the national conversation revolves largely around issues such as diversity, race relations and gender equity. American Jews, especially younger ones, are active in all aspects of these discussions. Accordingly, The Jewish Agency for Israel is increasingly emphasizing Israel’s diversity and working to bring the complete story of Israel to North America.

This process entails shifting the conversation on Israel to one that provides the fuller picture — showing the diverse population of the country and Israel’s unique attributes, but also an open and honest picture that encompasses the more difficult conversations surrounding the aspects that Israeli society needs to work on.

One of the steps that The Jewish Agency is taking to move the conversation in this direction is prioritizing Israel’s diversity in our appointment of the key staffers who are representing the organization in North America, including Shlichim (the Israeli emissaries who cultivate connections to Israel in Jewish communities worldwide by promoting Israeli experiences, facilitating Jewish social activism, organizing educational programming and speaking authentically about faith and culture.)

Gadeer Kamal-Mreeh — the first female Druze member of Israel’s Knesset — is now the first Druze to serve as a senior Shlicha for The Jewish Agency. Based in Washington, D.C., she is supporting engagement efforts regarding Israel on North American college campuses and working closely with Hillel International. In Philadelphia, Sigal Kanotopsky, a much-admired Ethiopian Israeli leader, is our new U.S. Northeast Regional Director. We have also sought to proactively increase our number of LGBTQ Shlichim as well as other staff members who highlight Israel’s diversity.

Gadeer, Sigal and my other colleagues are immensely talented professionals, not merely standard-bearers for people of their backgrounds. Their stories are Israel’s stories and in telling those stories, they showcase the unique country that Israel is.

Yet we need to do far more. If we are going to see movement in public opinion, we need to fundamentally reconsider how we talk about Israel to our children.

Israel is not perfect, nor has it ever been. The story of Israel is about a fundamentally good people placed in a seemingly impossible situation who triumphed against all odds despite making mistakes along the way. It is a story that American Jews understand implicitly because, in many ways, it is our story as well.

We need to reinvest in educating our educators in day schools, Hebrew schools and perhaps most importantly, summer camps so that they can tell Israel’s story in a loving, but honest way. We need to trust our children that the story will resonate with them as it does for us. And we need to bring more Israeli peers into these environments so that bonds of personal attachment will be built and solidified during these formative years.

For far too long, when faced with an onslaught of unfair and often indecent attacks on Israel, we have shied from admitting the Jewish state’s imperfections. Yet only through frank conversations about those imperfections can we present a real and relatable narrative to our children and young adults. If we do not accept honest and rigorous debate, the type of debate that we see in Israel every day, we should not pretend to be surprised when support for and love for Israel is increasingly seen as something associated with a previous generation.

These complete and honest conversations about Israel are long overdue. Let’s have them together.