The umbrella organization is turning its attention to educator recruitment and retention. 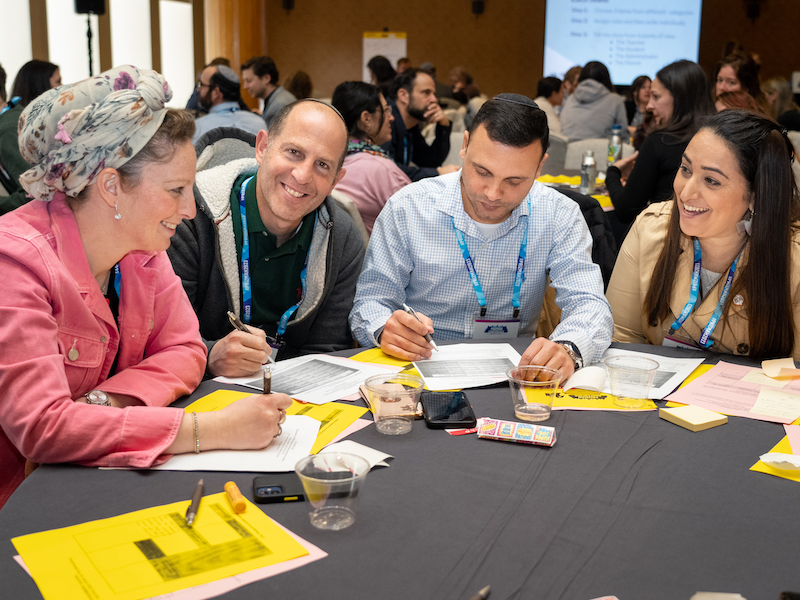 At Prizmah’s three-day biennial conference, which concluded yesterday in Denver, the more than 1,000 participants were bullish about attendance figures at Jewish day schools that have remained high after two years of gains during the pandemic.

Now, the umbrella organization for those schools is turning its attention to an area where, its leaders say, numbers are flagging: among the educators themselves.

Prizmah announced at the conference that, in partnership with the Jewish Education Innovation Challenge, it will be convening a working group of school administrators, teachers and other practitioners in the field to meet over the course of a year and come up with solutions to increase recruitment and retention among Jewish educators.

One priority is “making sure that a career as a Jewish educator is really a valued and rewarded career,” Prizmah CEO Paul Bernstein told eJewishPhilanthropy. “There is clearly a compensation issue that affects teachers as well.”

Bernstein said that many challenges that affect Jewish day school teachers are faced across schools of all kinds. But he added that Jewish day schools also contend with their own difficulties, including finding Judaic studies teachers who are qualified and fit the school’s philosophy.

“Ultimately, the two big questions are, ‘How do we make a career in teaching, and a career in school leadership, something that young people will aspire to?’” he said. “And then, once they are in there, how do we make it a rewarding experience that they can grow through, throughout their careers?”

The conference’s sessions concerned everything from Israel education to tuition affordability to increasing diversity in schools. Breakout sessions covered topics including, “Girls + Computer Science = A World of Opportunities,” “Making a Big Bet on Day Schools: A Funder Conversation” and “The Numbers are Low: How to Quickly and Strategically Grow Your Applicant Pool.” The keynote speaker was Tal Ben-Shahar, a lecturer on positive psychology who spoke to the audience about ways to improve mental health and address trauma. The conference also featured a group of educational futurists from Stanford University.

Attendees told eJP that mental health was a topic of conversation on the sidelines of the conference, in addition to enrollment and teacher retention. Attendees also told eJP it was refreshing to reunite with colleagues four years after the last in-person Prizmah conference, and one attendee called this year’s gathering “one giant kiddush.” The legacy of COVID, they added, was another subject that attendees discussed in the hallways.

One slice of Prizmah’s membership that has not shared as much in the benefits of increased enrollment are smaller schools. Prizmah is launching an initiative to connect funders supporting those schools, who may lack the community of philanthropists present in larger Jewish population centers.

“Their enrollment was not as strong,” Bernstein said. “Often, among professionals and donors, it can be a lonely experience in your own school. So enabling them to really connect with each other — then, they learn.”