Sports and faith: A court of solutions

As 2022 was coming to a close, Second Gentleman Doug Emhoff convened an important roundtable to tackle antisemitism in the United States. And just a week later, the Biden administration committed to address this rapidly growing problem at the highest level of government, establishing an interagency committee aimed at combating antisemitism. As federal leaders set out on this essential work in the new year, there is also an opportunity — for faith leaders, nonprofits and entire communities — that involves the positive power of sports to unite, rather than divide.

As a rabbi for the last 13 years in Los Angeles, home to the second-largest Jewish population in the United States, my equal passions for sports and faith go hand-in-hand. Growing up an observant Jew in Syracuse, N.Y., I played varsity basketball. My teammate — and co-captain — was an African-American Seventh Day Adventist. The two of us were of different religions and races but shared a common ritual; we would not compete on the Sabbath. When game schedules could not be changed, our teammates would visit us in our respective faith communities and learned our customs. It strengthened their own faith and commitment to what they believed, a mutual respect that built deep relationships that endure decades later. 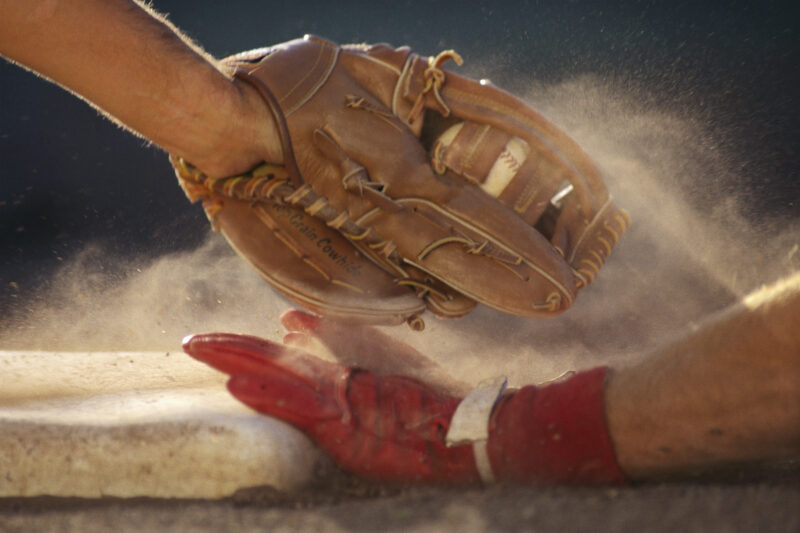 When you spend your childhood on a basketball court, on a baseball diamond and in a sanctuary, you meet people of different races, people of different religious beliefs, and people who you would otherwise never interact with in daily life. Differences disappear when the game is tied, and the ultimate goal of winning causes color blindness. Participating in sports provides this unique space. And when the game ends, and we return to our homes, schools, houses of worship and insular communities, we have an opportunity, an obligation actually, to continue this work off the court as well.

As ESPN commentator Seth Greenberg once told me, “The locker room is a sanctuary.” It is a place where we share our stories, trials and tribulations, achievements and successes. It is a place where players and coaches experience moments of deep prayer, not asking for wins, but rather giving thanks to a Higher Source for the gift of the game, and the space to meet the other.

In other words, the search for the modern sanctuary must include the sports world.

For the last two years, I have hosted the podcast, “Rabbi On The Sidelines, The Intersection of Sports And Faith.” Week after week, I have interviewed professional athletes, Hall of Fame coaches, nationally known broadcasters, owners and fans about their personal spiritual journeys, and the challenges in the world that keeps them up at night. Not one guest has denied the presence of faith in their sport, and the power it has to bring people who would otherwise never interact to moments of understanding and love. Look no further to the unity of faith demonstrated by the American people over Damar Hamlin’s tragic injury. New York Times columnist Ruth Graham wrote about the bond between football and faith, the need to have God by our side, on and off the field.

While ideas are born on pulpits, actions are performed on courts and fields, or in a stadium. Our community at Sinai Temple is blessed to take advantage of the opportunities we have to bring these two worlds together.

Hundreds of children from around Los Angeles come together at Sinai to play basketball each year. Children come as strangers from synagogues, mosques and churches. The competition is fierce, but the friendships formed remain even stronger. The week ends with an awards ceremony over a Sabbath dinner, where we break bread, and openly discuss the way in which an orange ball brought us together as one.

Just months ago, 100 Jewish, Christian and Muslim children came together for a basketball clinic, hosted by NBA veteran Enes Kanter, and G-League player Ryan Turrell. It was a moment that transcended faith and race.

Coach Bruce Pearl, head coach of the nationally ranked Auburn University basketball team, recently spoke from our pulpit against antisemitism. Last summer, along with ESPN’s Jay Bilas, Pearl brought the Auburn University basketball team to Israel, showing them a land filled with rich religious tradition of the Abrahamic faiths. By expressing pride in his faith, he permits others to share theirs too.

And just weeks ago, during a firestorm of antisemitic tweets and non-apologetic apologies by Brooklyn Nets guard Kyrie Irving, Ernie Johnson and Charles Barkley on “Inside The NBA” on TNT and ESPN’s “NBA Today” had the courage to host me as a faith leader, as I encouraged the country to use America’s games to bring people together and not divide this great land of ours.

Tweets and words can lead to dangerous actions and consequences. Yet, the solution does not always have to be to put down. Rather, it must also include how to lift up. Sports provide an untapped opportunity to do just that.

As Americans, our spiritual lives are often tied up in the teams that we root for (and don’t root for). Sports and faith are collective experiences where different generations sit together to root with and for each other. A sacred community is created where we must pray and play. When we do both, this world will be a much better place than it is today.

While some may ridicule a rabbi who uses sports as a tool of engagement, bringing the secular world into sacred spaces, I only ask them to witness what can be done when faith communities use a ball, a court and a field to introduce themselves to each other. I hope others will consider utilizing the power of sports as a vehicle to unite and find common ground.

Rabbi Erez Sherman serves as one of the rabbis of Sinai Temple, one of the oldest, largest and most diverse synagogues in Los Angeles. He also hosts the podcast: “Rabbi On The Sidelines: The Intersection of Sports And Faith.”