The publication launched last year and will suspend publishing articles until May after its editor, Kelly Hartog, recovers from an organ transplant. 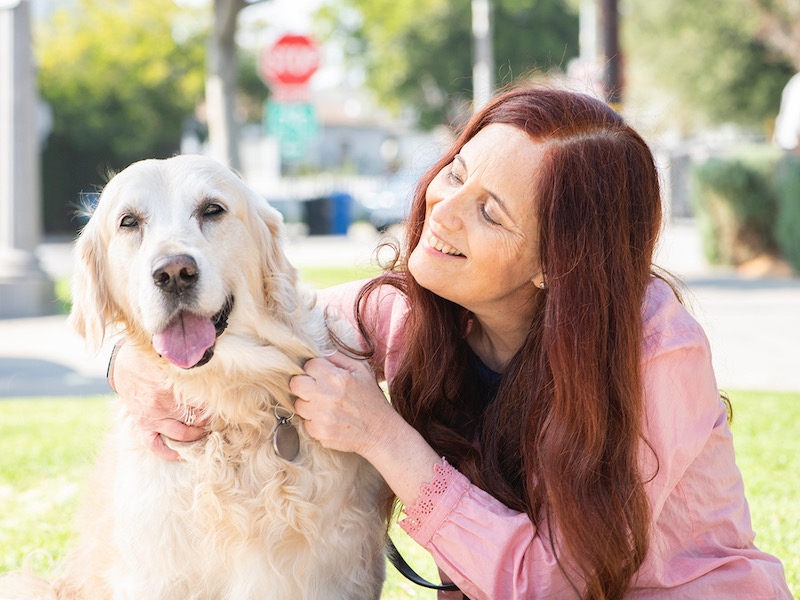 Atop a mix of articles covering arts, culture and community events, the homepage of the SoCal Jewish News now features an unusual story — one that explains why the publication will stop publishing for at least two months.

The piece in question is a letter from Kelly Hartog, the editor of the digital news outlet, which covers the Jewish community in Southern California. In the letter, Hartog describes her struggle with kidney disease and her impending kidney transplant, due to take place later this month. Hartog, who underwent two major hospitalizations in the last year, wrote that the disease has impaired the ability of the Jewish News, which launched last July, to do its best work.

“As I grappled and continue to grapple with the progression of my disease and the accompanying difficult side effects of being so ill, the SoCal Jewish News team has stepped up time and time again to ensure that we continued the work we set out to do,” Hartog wrote in the letter, which was published in late February. “It’s an enormous burden on a small, dedicated team, especially when, during hospitalizations for long stretches of time, I was unable to do any work.”

Hartog founded the Jewish News last year along with a team of six other journalists, several of whom, like her, once worked for the region’s largest Jewish publication, the Los Angeles Jewish Journal. In October 2020, facing pandemic hardships, the Jewish Journal suspended its print edition. Around that same time, Hartog, the Jewish Journal’s managing editor, was laid off.

The Jewish News launched the following May and faced obstacles of its own, raising less than $5,000 through a GoFundMe campaign. But Hartog says the team has managed to bring in some money via advertising and donations, divvying up profits among the staff when possible while they supplement their income with other work.

Hartog’s illness has posed a test for her fledgling publication, which hopes to focus a hyperlocal lens on the Los Angeles Jewish community and cover arts and culture, all while pioneering a sustainable model of Jewish journalism for a digital age when many print publications have folded. But Hartog told eJewishPhilanthropy that she’s optimistic about the Jewish News’ future — and her own.

“Had I known I was going to get this sick so rapidly, I probably wouldn’t have done it, but I didn’t know, so, I figured I’ll just keep going,” Hartog told eJP regarding the publication’s launch. Following the surgery, she said, “I’m kind of going to be a brand new person. I will be able to do even more than I was able to do when we started this… So I’m really looking forward to coming back really strong and being able to implement all these great ideas.”

Despite the challenges, Jewish News staff members say there’s a place for their publication. Erin Ben-Moche, another member of the SoCal Jewish News team, said that in recent years, the Jewish Journal has increased its coverage of national and global issues, while their publication’s focus will be local and communal. (The Jewish Journal’s editor-in-chief, David Suissa, did not respond to an email seeking comment.)

“Especially after this pandemic, we’ve learned that we need community, we need to know what’s going on in our local sphere,” Ben-Moche told eJP. “The only way you can do that is if you’re covering local stories and only local stories.”

The top half of the site’s homepage is currently populated largely by arts and culture coverage, including an article about a new Israeli TV show about Haredi hipsters and a story about a documentary that follows Israeli and Arab chefs working together. The site also features stories about support from local interfaith groups following the January attack on a synagogue in Colleyville, Texas, and a fundraising visit from an Israeli college administrator.

Ben-Moche told eJP that the site has “a few hundred” newsletter subscribers; it has 443 followers on Facebook, as of March 8. Previously the Jewish Journal’s digital content manager, Ben-Moche says she wears a variety of hats for her new paper: “I am [a] cofounder with Kelly, I’m also social media director and writer. I’m kind of whatever we need me to be.” She said that while the decision to pause publication for Hartog’s surgery and recovery was difficult, there was no question in her mind that it was the right choice.

“It’s hard for us to miss stories sometimes,” she said. “We’re coming up to Passover, we’re coming up to Purim… There’s big stories that we always want to be on top of, but we have to be realistic about bandwidth. And first and foremost, Kelly and I are friends, and her health is more important than making sure we get a story out.”

Hartog also feels frustrated that she can’t work. She said she’s itching to cover hard news, and to build a donor base for her publication. At present, the site accepts donations through its fiscal sponsor, Jumpstart Labs, which provides research and infrastructure support to Jewish philanthropists and nonprofits.

Doing that work during the past several months, which for her included a near-death experience, was impossible.

“I had to stop actually writing articles because I couldn’t do them,” she said. “The best I could do was refashion a press release, because I didn’t trust my brain to be able to do what needs to be done to create a proper story.”

That feeling has convinced her that pausing publication is the right move. “We can plug the hole with a Band-Aid or we can repair it properly. Repairing it properly is the way to go,” she said. “I need to be able to cover stories in a way that’s important to our community. It is much better for us to do that than to do a half-baked attempt at something or ignore something.”

Ben-Moche, who is freelancing and singing to make ends meet while the site is on hiatus, also expects to return.

“If we have to take a break, that’s what we’re going to do,” she said. “But we’re not gone forever.”

Disclosure: Esther Kustanowitz is a member of the SoCal Jewish News’ founding team and a writer for eJewishPhilanthropy. She was not involved in the reporting or editing of this story.