Safra has been recognized as one of the most successful bankers in recent history. Much of this success was due to his brilliance, savvy, and his choice of sober investments. He learned and developed those profound commitments from his father who grew up in Aleppo, Syria, and started a bank in Beirut, Lebanon.

Special thanks to Daniel Gross for this eye-opening and engrossing book, welcoming the readers to the world of Syrian-Lebanese Jewry and introducing us to its most financially successful son in modern times, Edmond Safra. 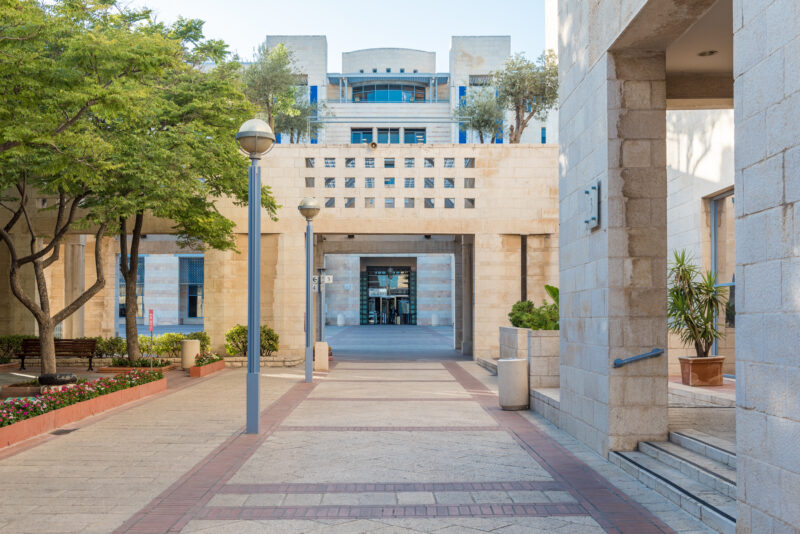 Safra has been recognized as one of the most successful bankers in recent history. Much of this success was due to his brilliance, savvy and his choice of sober investments. He was committed to always protecting the funds entrusted to him and prioritized his depositors first. He learned and developed those profound commitments from his father who grew up in Aleppo, Syria, and started a bank in Beirut, Lebanon.

His father also taught him that financial success leads to extraordinary responsibility for others in this order of priorities: your family, your community and your people. Within the Syrian Jewish community, specifically, and the Sephardic community, in general, the name Safra was and continues to be associated with generosity and philanthropy. Honesty and integrity were and are not slogans for a marketing team but prized as deep values for Safra himself and the companies he built.

What an inspiration, on so many levels!

Safra created banks and other businesses in Brazil, Europe and New York with people he could trust, often judged by whether his family knew them in the communities where the Safras had lived. Although he hired countless individuals outside the world of the Syrian and Beirut Jewish communities, his top leadership were Halabi (Jews from Aleppo, Syria) and Lebanese Jews. What he taught his team was to lead businesses that minimized risk and protect depositors and investors at all costs. He steered away from lending money to individuals, as the author described as “avoiding high-interest loans to risky customers…and (avoiding) lending to aggressive leveraged buyouts.”

Reading this book, I was given a window into the Syrian-Lebanese Jewish experience. It was quite moving to learn about Safra’s daily and weekly traditional Jewish observances, praying with tefillin daily, filling his Shabbat tables with relatives and friends and not traveling on Shabbat. His calendar reflected that he attended a Tikkun Leil Shavuot, an all-night study session on the evening of Shavuot and annual observances of his parents’ deaths.

On one level of community support, Safra made sure that there were employees in all his institutions who accepted requests for charitable gifts from rabbis, institutions and individuals. Often his gifts were in the amount of  $101, referencing the gematria of the Hebrew letters of the name of the angel Michael, reflecting his connection to the rich mystical Jewish culture of the Middle East. Although he was secretive or better, private, he was also a founder and active leader in the International Sephardic Education Foundation that distributed hundreds of thousands of dollars for university scholarships. He also donated millions of dollars to Harvard University to establish academic chairs and to a Center of Ethics and the Professions. At Yeshiva University, after a major gift, the existing Sephardic studies program was renamed  the Jacob Safra Institute of Sephardic Studies in memory of his father. Hebrew University in Jerusalem was also the beneficiary of his gifts that named the Givat Ram Campus after him and the Edmund and Lily Safra Center for Brain Sciences. Also in Jerusalem, his generosity is reflected in the naming of Safra Square, the location of City Hall in memory of his parents.

Interestingly, what I didn’t read in this book about this Sephardic Jewish philanthropist is his dependence on study, research and layers of Jewish professionals like many of us, to determine community needs and giving priorities. Perhaps Safra’s giving style reflected an age and outlook where people and institutions in need had a more direct relationship with donors. Moreover, I also noticed that Safra’s giving did not depend on whether other large philanthropists were also giving to the causes he supported. These days it seems that very often large donations by major philanthropists are determined by which other foundations are supporting the cause.

This book is a gift and a real contribution to knowledge not only about the life of this extraordinary man who also died tragically but also about the Syrian-Lebanese community and its diaspora.

Dr. Eric Lankin is president of Lankin Consulting, a boutique marketing consulting firm in Jerusalem focusing on nonprofits. For five years he served as adjunct professor of marketing in the Nonprofit Management and Leadership MA program at the Hebrew University of Jerusalem.