Rabbi Jill Jacobs, leader of T’ruah, is getting a title change

Jacobs will become a CEO instead of an executive director, to better reflect T’ruah’s size 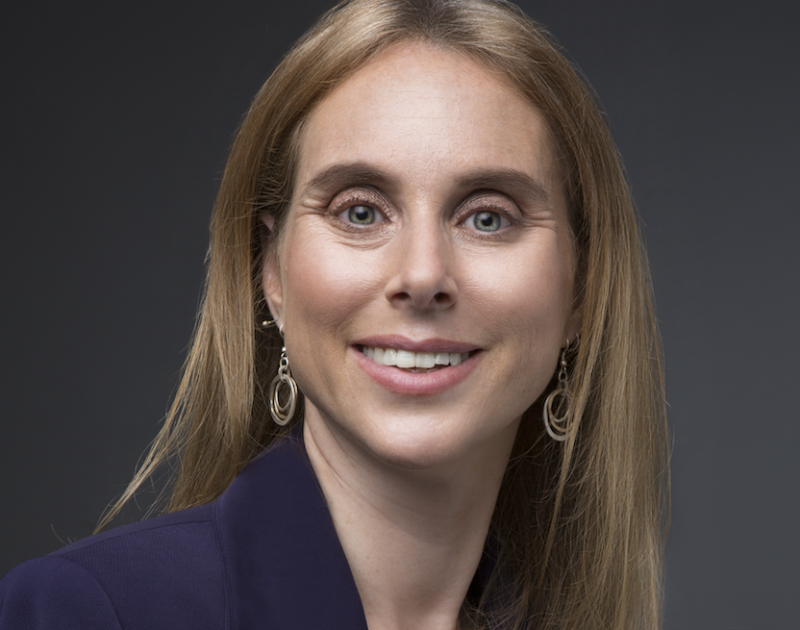 Under Rabbi Jill Jacobs, who took the helm of social justice organization T’ruah: The Rabbinic Call for Human Rights in 2011, the group’s staff has grown from fewer than four people to 20; its annual budget is now $2 million, up from $500,000. In response to this growth, in addition to broader trends in the nonprofit sector, T’ruah’s board will announce today that Jacobs’s title will change to CEO from executive director, she told eJewishPhilanthropy. “CEO just better reflects what my job actually is,” she said.

Helen Chernikoff: Why did the board feel the need to change your title?

Jill Jacobs: This is the way the nonprofit world is moving. Larger organizations are making the assertion that the people who run nonprofits are doing the same kinds of jobs, and dealing with the same kinds of challenges, as people who are running businesses: It’s not a different or lesser job to be leading a nonprofit than it is to be leading a for-profit business. And it’s more common for men to take the title of CEO, so it’s important for organizations run by women to make this change, too.

HC: Coronavirus restrictions are easing as vaccination rates rise. President Joe Biden has been in office almost six months. Does this moment feel significant to you in any way?

JJ: It does feel like this is a moment in which we can breathe. We had four years when we never knew when we woke up in the morning whether we would have to react to a cruel policy position that came out on Twitter at 5 a.m. And then because of the global pandemic, we had to pivot in ways we hadn’t imagined. We have been working on new strategic priorities for the next five years and we’ll be ready to start talking about those with the world in the fall.

HC: Can you elaborate on your core issues?

JJ: We are committed to working long-term, with partners, on campaigns that aren’t particularly sexy. We just had an amazing victory in New York to end solitary confinement after 15 days, and to end it altogether for vulnerable populations like older people, juveniles and people with disabilities. That coalition was led by people who had been in solitary. It took eight years. We’ve been working for 10 years with the Coalition of Immokalee Workers to promote the Fair Food program, which asks major corporations to buy only from companies which meet certain standards, like paying workers on the books. Those issues weren’t related to the Trump administration, but we kept at it. We also respond to what’s in the news. We brought rabbis to the Southern border to witness what was happening there. We had rallies in 56 cities about family separation. Last summer we did a Zoom virtual action with over 1,000 people making phone calls to support immigrants. We spend half of our time on Israel, where we work to protect the civil rights of both Israelis and Palestinians.

HC: Can you speak about your fundraising strategy?

JJ: In the pandemic, we saw that our institutional funders were very generous. They said, “We’re just going to renew you, don’t send anything.” Or, “Don’t worry if you didn’t meet those targets.” They tend to contribute a mix of program grants and general support. About two-thirds of our contributions come from individuals, who give anything from $5 to $100,000, and those funds tend to be unrestricted. It shows that there’s broad support for our mission in the Jewish community. Our base actually represents where Jews are, and especially where rabbis are.

HC: How did T’ruah react to the pandemic in terms of the demands it made on professionals?

JJ: We start by saying that everybody who works for us is a whole person — they’re not just the work they are doing. We wanted to know: Did they get sick? Did family members get sick? Did they have kids at home? There are a lot of things outside of work that are part of people’s lives. We offered unlimited sick days, and encouraged people to use that time, if they needed to take care of a child or a family member, or for mental health. Our staff has been good about telling us when they need to take a mental health day, and that’s important because people’s mental health is as important as physical health. We made rabbis who weren’t on staff available for pastoral care.

HC: And what about you?

JJ: I’m going on sabbatical for two months starting next Friday. I try to take time for myself. I go for long runs. I spend time with my family, who I’ve seen a lot this year, more than usual. A sabbatical is meant to be time to rejuvenate and to come back refreshed and ready to dive into the work. While I have a few writing projects, I’m also planning to spend time reading, studying, running, and watching the Netflix I missed during the last year of the pandemic when our work became more intense than ever.

HC: Do you think the pandemic might make any lasting change on the Jewish workplace?

JJ: There is something I’ve been thinking about, and a lot of other people have thought about. This year — when there was almost no work travel — opened up the question of whether we need that kind of lifestyle. There has been the expectation that you’re constantly getting on a train or a plane to meet with people in person. I talked with one executive who said he traveled 100 days a year. I never did, but a lot of people did. That model is based on an executive who doesn’t have significant personal responsibilities, or who has a partner to help handle them. Also, when you travel a lot, you get sick and you pick up whatever people on the plane had. You go to bed late, and get up early. It’s also really bad for the environment to be jumping on planes all the time. We need to ask how many conferences do we need to have? How many in-person meetings do we need?

HC: What would you say you’re most proud of right now?

JJ: We have a nine-week summer program in New York that is a cohort of six rabbinical students. It’s very competitive to get in. They spend three days a week interning in a local human rights organization and the other two days with us learning [Jewish] text. They learn skills, like press relations. An alum of the program recently told us that he was five weeks into his first job in a pulpit when congregants came in and said they wanted to work on social justice, and the synagogue had never done that. He told us that if he hadn’t done our program, he wouldn’t have even known what they were talking about.