Philadelphia JCC that laid off 176 employees gets new CEO 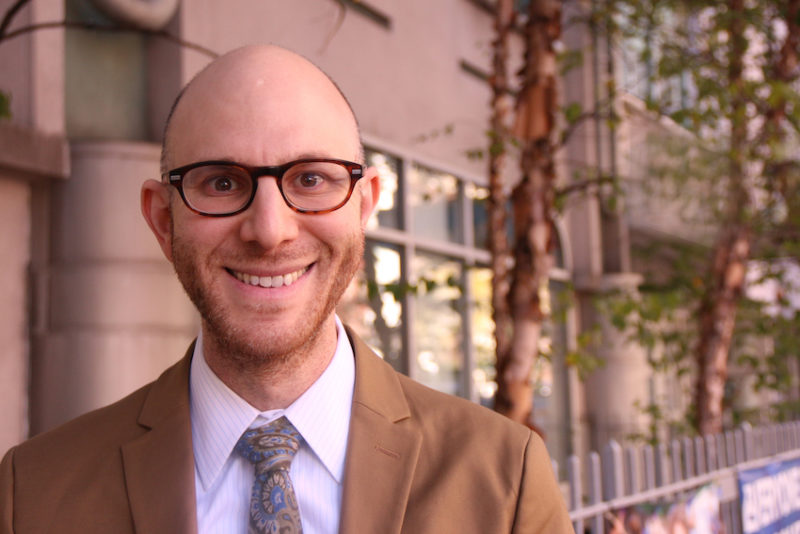 When the pandemic hit last spring, Jewish community centers were among the Jewish institutions that were hit hardest and quickest by lockdowns, because their revenue depends on people coming to the center to go to the gym, or to drop their child off at preschool, or meet with their book club.

The Kaiserman JCC outside Philadelphia laid off 176 of 178 employees. In the year since the pandemic first struck, the JCC has hired a new CEO, Alan Scher, who will begin in late June. He comes to the job from the 14th Street Y in Manhattan, where he was associate executive director for programs.

“To come into Kaiserman is to first recognize the trauma of the past year, which is no small thing,” Scher said. “They are still a shadow of what they were.”

By late April of 2020, JCCs across the country had laid off, furloughed or cut the pay of just under half of their full-time workforce of about 11,000, said Andy Paller, director of JCC benchmarking at the JCC Association of North America. About 70% of Jewish community centers reported full-time staff furloughs and layoffs.

The 14th Street Y had to lay off about 95% of its staff, Scher said, and he was involved in what he described as “painful conversations.”

“Alan was always a creative thinker,” said Brian Schreiber, the CEO of the JCC of Greater Pittsburgh, a mentor of Scher’s and a special advisor to Doron Krakow, CEO of the JCC Association. “He likes challenge, and he’ll have one at Kaiserman.”

Scher graduated from the University of Southern California and pursued a brief career in the film industry, leaving the business in his early 20s when he realized he didn’t find it very meaningful. He then moved to Chicago, taking a summer job as a camp counselor at the Jewish Community Center of Chicago while he figured out what to do next. He was surprised when the Chicago JCC wanted to keep him on as a preschool teacher — “I’d never changed a diaper in my life.” — but went along with it.  After an AmeriCorps stint in California, Scher got another JCC job, this one at the Jewish Community Center of San Francisco. There, he was tapped to participate in the Merrin Teen Professional Fellowship, a JCC Association program that recruits and nurtures future leaders.

From San Francisco, he went to the YM and YWHA of Washington Heights and Inwood in upper Manhattan, and then to the 14th Street Y.

Scher’s “broad JCC experience” will serve him well at Kaiserman, said Rabbi Shira Koch Epstein, who served as CEO of the 14th Street Y, and worked with Scher there.

At Kaiserman, all full-time staff has been rehired and part-time staff is coming back as programs restart. But when Scher starts, he will need to ask himself, his board and staff whether its basic business model needs to change. It’s a question JCCs across the country , many of which previously relied on gym memberships to generate revenue, are asking. At Kaiserman, the fitness center is still closed, Scher said, while enrollment at the preschool and camp are both growing.

He will receive support from the JCC Association, Scher said, in the form of a peer mentor, and he will participate in “Kivunim,” the program that helps new JCC CEOs as they start their jobs, said Jen Mamlet, the JCC Association’s chief development officer.

“The opportunity to run a JCC is not just about running a business; it’s about holding your community in your hands, and how do you do that in this moment?” Mamlet said. Normally, Kivunim is an intense, multi-day workshop; during the pandemic, it’s been held through regular Zoom meetings.

Ilana Aisen, the CEO of JPRO, a professional development and networking provider serving Jewish communal professionals, said it’s likely that Scher and other new leaders will need to do extra due diligence to understand how COVID has affected finances, programs, morale and policies. The pandemic might have damaged an organization’s institutional memory, which means new managers should ask explicitly about whether there are any systems in place to preserve it.

“If there aren’t good answers, a lot of digging might be necessary after starting the job,” Aisen said. “If the job is going to begin with an ‘archaeological dig,’ it will likely take longer before work and move forward and public success can be shown.”

For his part, as Scher prepares for the new job, he’s trying to think about pacing — for himself, and the Kaiserman JCC. He’s a marathoner and trained for a triathlon, although it was cancelled due to the pandemic.

“The last 15 months have been an ultra-marathon for our industry,” he said. “How does a new leader, as excited as I am, come in and properly pace a team, and community, that’s already exhausted?”