Aeder wants to ensure that there’s a healthy stream of qualified Jewish professionals to fill the O.U.’s ranks in the United States. 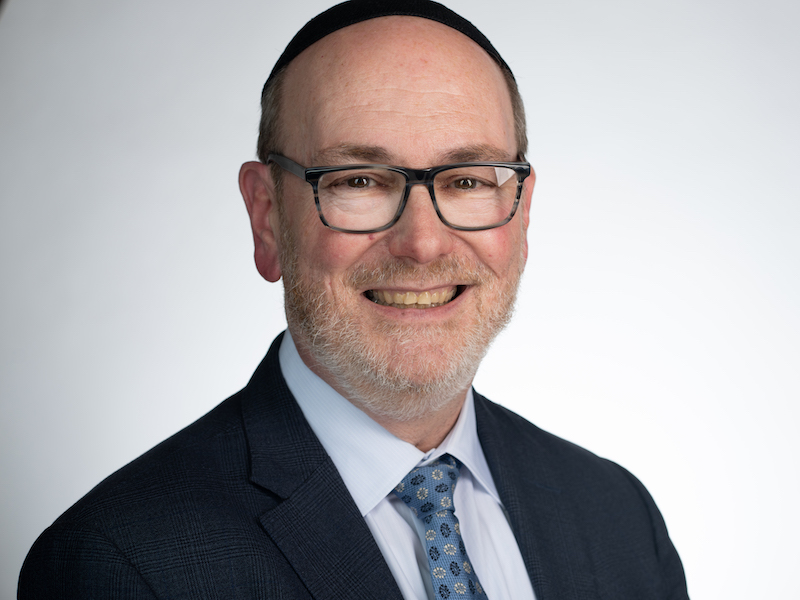 courtesy of the OU

As the new chief lay leader of the Orthodox Union, a sprawling umbrella organization responsible for everything from the country’s most prominent kosher certification to an international youth movement to a broad network of synagogues, Mitchel Aeder hopes to stay the course.

“I think the O.U. is in a very good place, thank God,” Aeder told eJewishPhilanthropy days after becoming the organization’s president. “I don’t anticipate any radical changes… The goal, I think, is to do much more of the same.”

Within the $150 million organization, however, Aeder said there are challenges he wants to address and strengths he hopes to buttress as both the Orthodox world and broader society move into the future. He mentioned ensuring that there’s a healthy stream of qualified Jewish professionals to fill the O.U.’s ranks in the United States, in light of “a well-reported and discussed shortage of people going into communal work professionally.” He also discussed a continued emphasis on “collaboration and synergies among the different groups” that comprise the O.U.

Aeder, 62, who retired in 2021 from serving as a corporate tax partner at PricewaterhouseCoopers, grew up in New Jersey and lives in the heavily Orthodox Queens, New York, neighborhood of Kew Gardens Hills. Prior to being unanimously elected as the group’s president at a convention on Jan. 1, Aeder served in a variety of volunteer leadership positions within the O.U. — from chair of Yachad, which serves people with disabilities, to chair of the division that oversees NCSY, the O.U.’s 30,000-person youth group. He succeeds Mark Bane, also known as Moishe, who served as president for six years.

In light of the O.U.’s size, one of Aeder’s concerns is the organization’s staffing pipeline. A significant share of Orthodox Jews who are committed to serving the Jewish community opt to move to Israel. And while Aeder stressed that he “enthusiastically” supports aliyah, he also worries that there may be a dearth of talented professionals to fill the O.U.’s ranks in the United States. The O.U. has approximately 3,000 employees total, some 300 of whom are in Israel.

“A lot of idealistic young people of the type who dedicate their lives to the community professionally make aliyah, and so creating an environment where we can attract and retain talent that will enable us to continue to grow, that’s a major priority,” he said. He added that while some remote work from Israel is possible, “For a lot of what we do — certainly our hands-on programming — that has to happen here. Our NCSY programs with teens, you can’t do that remotely.”

He added, however, that a larger Orthodox aliyah would be a good problem to have. “The total number of Americans [who] make aliyah is a tiny number,” he said. “Some of those may be people who aren’t even going to live there full-time. It would be great if aliyah were a bigger problem. It’s not. I don’t think that, at least at the moment, aliyah is a threat to the American community.”

Another area where remote communication has come into play, Aeder said, is in Torah study, where a suite of O.U. apps is one part of an increasingly broadening digital universe of Jewish learning. While he praised the growing volume of Torah study, Aeder pointed to an O.U. study program in Jewish law, called “Semichas Chaver,” that has a required in-person component, and said he worried that too much learning is done via electronic devices.

“I don’t think an app can replace a relationship with a teacher, with a rabbi,” he said. “Ideally it should be a supplement, and hopefully people who are using our apps and learning are also engaging in direct Torah learning. I think something is lost if it’s only done via digital means.”

Aeder also said he will focus on making sure the O.U.’s many branches work together as much as possible — something he said the group’s two executive vice presidents, Rabbis Moshe Hauer and Josh Joseph, also prioritize. “One of their primary goals was to create an O.U. culture as opposed to an NCSY culture and an [O.U.] Advocacy [Center] culture and a Yachad culture,” he said, naming a few of the group’s arms.

Building bridges is also part of the group’s mandate in the broader world, Aeder said, and added that the group will interface with members of both parties as part of its advocacy. He said that in the Orthodox world and beyond, the group hopes to “avoid and to try to eliminate factiousness.”

“Politics is not our focus, per se,” he said. WIthin broader communal organizations, he said, the O.U. has a goal of building relationships and “trying to keep the temperature level low in broad communal conversations.”

One challenge the O.U. faces is a lawsuit filed in 2021 over the group’s handling of underage sexual abuse allegations against Rabbi Baruch Lanner, a former NCSY official who was convicted of abuse of two girls in 2002 and spent nearly three years in prison. Aeder declined to comment on pending litigation.

When it comes to hiring, Aeder also said that the O.U. seeks to advance women’s leadership within the organization, where women already run large O.U. divisions and serve in senior lay positions. The O.U. released a Jewish legal ruling in 2017 barring women from serving as clergy in synagogues, and Aeder deferred to the group’s rabbinic leadership regarding that issue.

“What we can do within the O.U. is to promote women who are talented into positions of leadership within the organization,” he said. “Hopefully that sets the standard for the community.”