Meet Joe Sanberg, a ‘progressive entrepreneur’ who believes in God 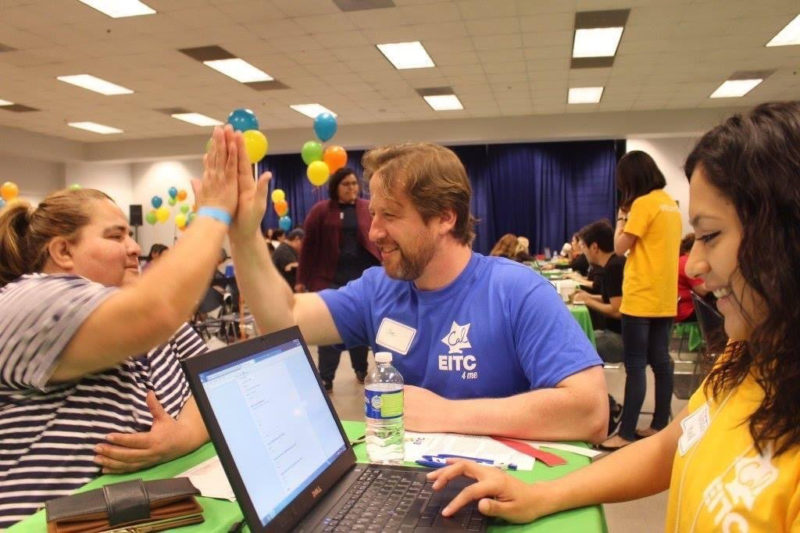 Teenagers are usually considered students, not teachers. But next month , the L.A. Trust for Children’s Health, a nonprofit that works with the city’s school district, will start teaching teenagers the science behind coronavirus vaccines, and then training them to talk to their family and friends about it in an effort to combat vaccine hesitancy among Black and Latino Angelenos. “They’re young enough to learn about it, and old enough to talk about it with their parents,” said Joe Sanberg, 42, a Los Angeles businessman who is funding the program.

An investor in Blue Apron, the fresh meal-kit company, and Ivy, a subscriber-based educational platform, Sanberg calls himself a “progressive entrepreneur.” He uses business, philanthropy and government in various combinations to try to help people and solve problems.

The technology behind Aspiration, a bank he co-founded in 2013, lets customers decide their own fees and give to charity as they bank. Investors include the actor Orlando Bloom and the Omidyar Network; in May, it raised $135 million. Sanberg also founded Golden State Opportunity, a nonprofit that serves low-income Californians by facilitating access to public benefits, and serves on the boards of the Sierra Club and the Jefferson Awards foundations. He spoke with eJewishPhilanthropy for our regular feature, “The Ask,” in which leaders share their goals and vision.

Helen Chernikoff: Tell us about how you came to call yourself a progressive, and to work in these varied fields.

Joe Sanberg: It started with my bar mitzvah, honestly. My portion was Shoftim [Judges] — tzedek, tzedek, tirdof — “justice, justice you shall pursue.” That’s shaped where I spend my time professionally. I was focused on activism in college. I was involved with Justice for Janitors, Harvard College Democrats. I took a year off and worked on Al Gore’s [presidential] campaign. Afterward, I became an analyst at Blackstone. When I graduated, I needed to support my mom. I went to career services and looked for the highest-paying job. We lost our home to foreclosure around the time I finished high school. That shaped how I saw the world. So many people work hard and play by the rules, and life still doesn’t always work out. I lost myself a bit in my 20s. I became obsessed with money, and lost touch with my core Jewish values, and that bar mitzvah boy reading Shoftim.

HC: Can you talk more about the role of Judaism in your life?

JS: I credit my faith in God and my prayer life. I do a lot of reading of Scripture on my own. That helps me ground myself, and that was the way I reconnected with myself in my late 20s , and realized who I was meant to be.

HC: What project is giving you hope right now?

JS: That’s a hard question. It’s like picking a favorite child. Aspiration is about giving people the tools to make positive change in their world. You can plant trees. You can offset the carbon impact in your spending. It looks like financial products, but at the core, it’s also automated social impact, to millions or tens of millions of people. Golden State Opportunity was founded in 2016 to organize low-income people to get their earned income tax credit. And my initial vision for Aspiration was that it would create a relationship between the state and low-income Californians, and also deliver other benefits. It will be a delivery vessel of programs to low-income people.

HC: Was there a particular moment when you felt like you’d found your calling?

JS: When we were able to help get California to expand its earned income tax credit in 2017, that was the most gratifying moment. Because when we’d originally won it, it was only available to 400,000 people. One of the most painful experiences of those early days was having to see so many low-income people come to the community events we were sponsoring who weren’t eligible. So in 2017, I used a different approach. I organized low-income people to call the legislature and be their own advocates. I shifted away from an influencer-driven campaign and focused on a grassroots campaign. When we got tens of thousands of people to call their representatives in Sacramento, that helped. They expanded it again in 2019.

HC: Do you think you might go into politics yourself?

JS: Everyone should look at politics. I’ve thought about it. It’s an important way to serve. If I thought it was the best way to serve, at a certain point in my life, I’d definitely do it.