Many of the most valuable Israeli tech companies have offices in the U.S., study finds

There are 80 Israeli tech unicorns, or privately owned companies valued at $1 billion or more, with global or regional headquarters in the United States. 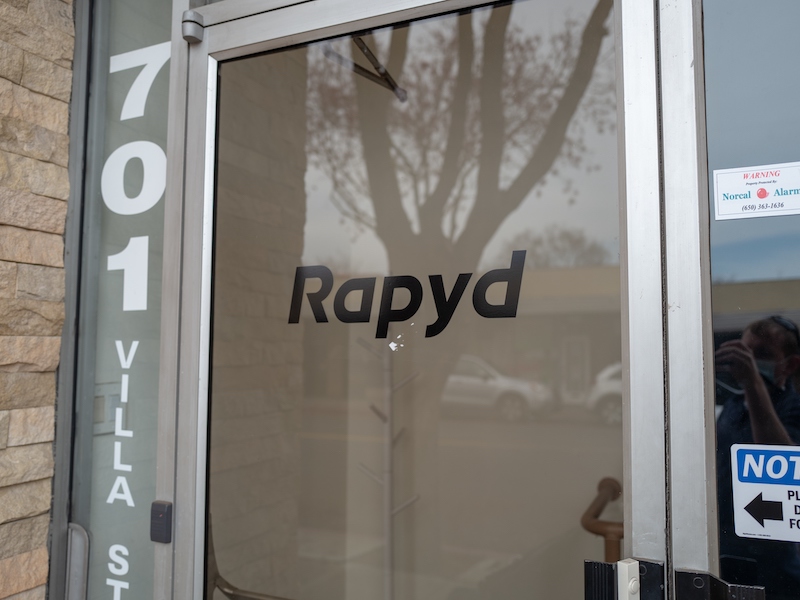 An office of Rapyd, an Israeli-founded tech company valued at $15 billion, in California.

For decades, supporters of Israel in the United States have highlighted the Jewish state’s tech industry as an example of the country punching above its weight and benefiting the world. Now, on the eve of Israel’s Independence Day, a new study shows that a large number of Israel’s most valuable tech companies are seeking a home in a new location: the United States.

Research by the United States-Israel Business Alliance has found that there are 80 Israeli tech unicorns, or privately owned companies valued at $1 billion or more, with global or regional headquarters in the United States. The study counts companies with at least one Israeli founder.

While valuations can be hard to determine, and counts of unicorns differ by source, the 80 companies appear to be the vast majority of all Israeli unicorns. According to Tech Aviv, an industry association, there are currently 92 Israeli unicorns. That’s about 10% of the more than 900 unicorns worldwide.

California and New York, which have the two largest Jewish populations and two of the largest tech industries in the United States, have the lion’s share of Israeli unicorns. California has 32 and New York has 26. Massachusetts, whose bevy of colleges has fostered its own tech ecosystem, has 10 Israeli unicorns. New Jersey has four, and Florida, Illinois, Texas, Oregon and Washington each have one or two.

Collectively, according to Kaplowitz’s group, the 80 unicorns are worth $224.8 billion, making the average valuation $2.8 billion. In total, the companies have raised $36.2 billion in capital, with five of the companies having already raised $1 billion. The most valuable company on the list is Rapyd, a payment platform valued at $15 billion and founded in 2016 by Arik Shtilman, Arkady Karpman and Omer Priel, which does not have headquarters in Israel. According to its website, the company has offices in San Francisco, London and Singapore.

The U.S.-Israel Business Alliance seeks to foster economic connections between individual states and Israel, and Kaplowitz hopes the data will help states better assess the Israeli tech industry. The group organized Connecticut Gov. Ned Lamont’s recent trip to Israel, where he visited a number of tech companies and hoped to attract some to his state.

Kaplowitz attributed the size of Israel’s tech industry in part to government policy.

“What’s interesting about the Israeli tech scene is that there is actually a lot of government support for startups,” Kaplowitz told eJP. “There are incentives and safety nets in place that encourage risk taking and allow for failure. This is a big lesson we can take from Israel… Governors want to bring local jobs to their constituents and Israeli companies want to hire local talent as they look to grow in the U.S. It’s a win-win.”

Israeli officials may not be as excited to see valuable companies decamp across the Atlantic. A 2019 study by the Shoresh Institution, an Israeli think tank, found that Israel had lower-than-average labor productivity, low wages and expensive cities. As of 2017, 5.8% of Israelis with a bachelor’s degree, and 11% of those with a Ph.D., had been living abroad for at least three years.

The study said the emigration is accelerating and added that “the extent of emigration, the direction of the trend, and the direction that all of Israel – a country that needs to remain sufficiently attractive to those who are very sought after by other countries – is headed should ring alarm bells in all of the corridors that determine Israel’s national priorities.”

An outflow of tech founders may also impact Israeli philanthropy, as the tech industry has created a set of wealthy Israeli entrepreneurs in recent years. Kaplowitz said he’s focused less on why companies are leaving Israel; he’s just happy to see that they’re coming to America.

“The brain drain situation is a real policy concern for Israeli lawmakers, and I’ll leave it to them to decide on what’s best for the Israeli tech industry,” he said. “As an American, I support efforts to create more jobs and local revenue. The fact that Israelis are creating those jobs and generating that revenue only strengthens the U.S.-Israel alliance in a meaningful and enduring way.”