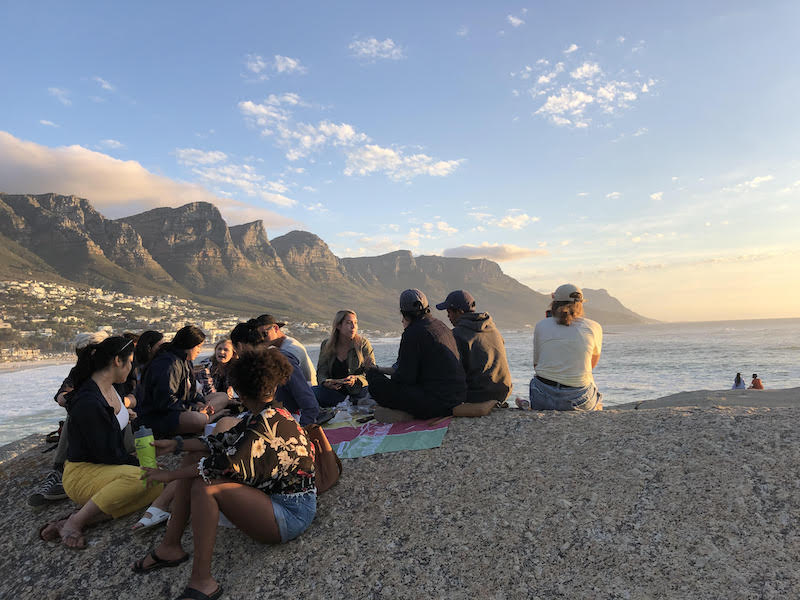 Travel may be beginning to pick up after two years of pandemic-related restrictions, but COVID’s long-term impact on the Jewish world continues to reverberate — most recently in another consolidation of Jewish nonprofits.

Last week, the American Jewish Joint Distribution Committee (JDC) announced that it had acquired Kahal, a program that connects Jews studying abroad with Jewish communities in their host cities. Kahal will retain its name and become part of JDC Entwine, the organization’s young adult engagement arm. The move will force Kahal to slim down its programming months after it laid off much of its staff last year during the pandemic. Of 11 employees who worked for Kahal, eight were laid off in 2021, and an additional staff member was laid off as part of JDC’s acquisition.

Kahal was founded in 2013 and most recently had a $1 million budget. JDC and Kahal raised $500,000 to allow the program to continue running for the next two years, after which JDC Entwine will take over fundraising for the program within its budget, which was $3.8 million in 2021, amid a total JDC budget of $344 million.

Before the pandemic, Kahal served an average of 3,000 to 4,000 students per year globally, from study-abroad mainstays such as Italy and the United Kingdom to destinations that were becoming more popular, like Singapore. Students would have Shabbat meals with families in their host cities, would celebrate holidays with local communities and would volunteer in Jewish settings. But the halt in travel caused by COVID-19 made Kahal’s traditional mission far more difficult.

“Like many organizations, especially those dealing with travel, during the pandemic we experienced a slowdown in both our program work and our funding,” Becca Flyer, Kahal’s CEO, told eJewishPhilanthropy. “As we looked at how we could ensure the long-term sustainability of the work that Kahal is doing… we wanted to find a mission-aligned partner to help continue and expand on that work, and JDC Entwine is probably the most natural partner we could think of.”

Like Kahal, Flyer said, JDC is focused on strengthening ties with local communities worldwide. In 2019, Kahal and JDC jointly organized a trip to meet the Indian Jewish community.

For JDC, absorbing Kahal means engaging Jews starting at a younger age. Before the acquisition, JDC focused on recruiting Jews in their 20s and 30s to spend a year working with Jewish communities abroad, to go on trips to far-flung Jewish communities or connect virtually with Jews in need. Now, the organization has a foothold on college campuses.

“Kahal has built out a really robust outreach and recruitment mechanism for people who are young Jews, who are in our target audience,” JDC Entwine’s executive director, Shaun Hoffman, told eJP. “And so what this is going to help us do is really expand the number of globally minded young Jews who are coming into the Entwine pipeline.”

Prior to the acquisition, once students returned from abroad, Kahal didn’t have an active alumni network, though it did engage students to recruit their younger peers to participate in Kahal. That element of the program will remain, and Hoffman and Flyer hope that those students will now find a network of peers in JDC Entwine’s other programs.

Not all Kahal programs are going to survive the acquisition. Beyond its flagship work of engaging students studying abroad, the group used to host a language exchange program that attracted 200 Jewish students looking to brush up their foreign language skills, as well as a network of Jews who studied abroad and were interested in traveling more. Those programs will not be moving over to JDC.

Kahal’s participants, Flyer said, were split between individuals who were already highly engaged in Jewish life at their home universities and those who were not, and experienced their first exposure to Jewish life while studying abroad. Even though Kahal is downsizing, Flyer hopes that the acquisition by JDC, along with allowing the program to survive, will make it more effective in connecting less-involved Jewish students to Jewish life once they return.

CORRECTION: The article has been corrected to clarify the timeline of layoffs at Kahal. Most of the layoffs occurred prior to its absorption by the JDC. It has also been updated to include JDC and JDC Entwine’s 2021 budget figures.