The pattern of growing connection to Israel as American Jews age also does not mean that we can expect young adult Jews to stifle their criticism of Israel.

Consider the following quotes about American Jewish attachment to Israel, each slightly edited to obscure the timing of its publication:

The common thread in the quotes is the fact that American Jewish young adults are less connected to Israel than older adults. The first quote attributes this to the mismatch between Jewish young adults’ liberalism and the illiberal policies of the Israeli government; the second does not attempt to identify the source of the discrepancy between older and younger adults, but, in a larger context, argues that the American Jewish community must do more to make it safe for pro-Israel voices to be heard, especially on college campuses. Absent any context, each argument sounds eminently reasonable to many readers, perhaps because it conforms to their perceptions of the world around them, but as I’ve been teaching graduate students in my statistics and social research methods course for the past decade, understanding the social world requires that we look beyond our own perceptions. None of us is representative of the entire population, and if we hear a common story over and over again, it may be because that story is repeated by the loudest voices, not because it is the most common story. As the expression goes, G-d (or, alternately, the devil) is in the details. 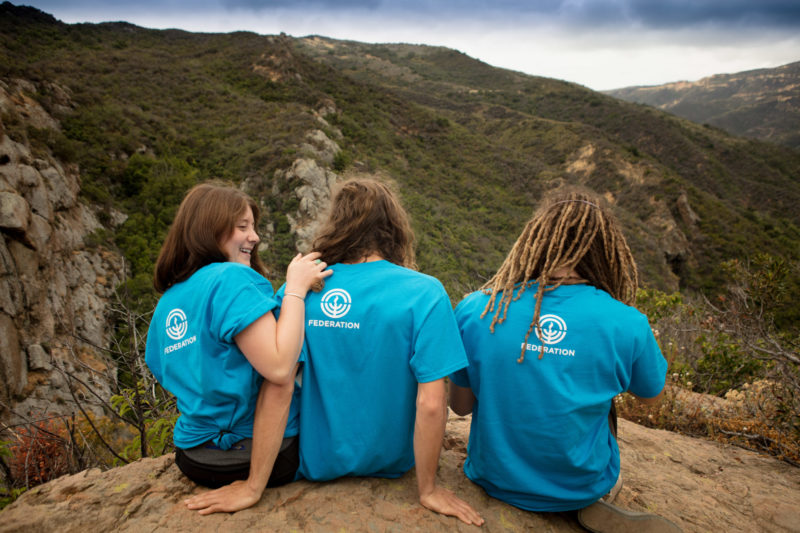 When we account for the details, a more accurate story is that for at least 30 years, the American Jewish community has told itself a story about “today’s young adults” losing their connection to Israel. The first quote is from Chaim Waxman, writing about findings from the 1990 National Jewish Population Survey. The second is from Dan Elbaum, writing for eJewishPhilanthropy last month in reaction to the Pew Research Center’s 2020 study of the US Jewish community. The “young adults” in Waxman’s essay are the Baby Boomers, who are the “older adults” Elbaum would have today’s GenZ emulate. As some of my colleagues at Brandeis University have shown, emotional attachment to Israel for the past few generations of American Jews has tended to increase as they aged, largely tied to opportunities to travel to Israel and establish personal ties to Israelis, rather than falling back on what their elders have told them to believe. Agency matters a great deal in developing an emotional connection to Israel, which takes time to develop and grow.  The “disenchanted” youth of today become the stalwart supporters of Israel of tomorrow.

Of course, that is not a guarantee that the same pattern will hold for today’s American Jewish young adults, who by many accounts seem to be more critical of Israel and more willing to voice their criticism publicly than earlier generations of American Jews. Judging against the frame of Waxman’s and others’ work, I’m not sure I believe it. It may be that young adults in every generation have been more willing to express criticism of Israel than their elders, and they become more circumspect as they age, or that social media have made it more possible for critical messages about Israel to gain attention. I am also unconvinced by the common narrative about the threat to Jewish and pro-Israel students on American college campuses. Although there have been many disturbing, high-profile incidents that have been widely reported, surveys of college students reveal levels of perceived antisemitism not significantly different than those reported by American Jews in general, and levels of anti-Zionism that suggest most students on campus don’t want to be bothered by partisan advocates on either side of the Israeli-Palestinian conflict; there are campuses that are truly hostile to pro-Israel students, but systematic assessment of the views of students is that these are the exception, not the rule.

The pattern of growing connection to Israel as American Jews age also does not mean that we can expect young adult Jews to stifle their criticism of Israel. Criticism doesn’t inherently mean disconnection. Many Jews who are critical of Israel view their criticism more along the lines of true friends telling each other when their behavior is unacceptable (and fulfillment of the Talmud’s instructions on delivering rebuke; Arakhin 16b), in the hope that the criticism will lead to a behavioral correction. Israelis themselves are notoriously critical of the Israeli government even when they support its actions; their criticism does not make them enemies of Israel or the Jewish people. In a healthy society, people are free to criticize the government and denounce actions it takes in their names that are abhorrent to them – even if we think their criticism is foolish. Healthy societies not only tolerate criticism, they welcome it and use it to improve themselves and make themselves more equitable.

But instead of tolerating criticism, too often, we attempt to stifle it. If we insist on telling young adults that their critical views on Israel have no place in Jewish communal discourse, we should not be surprised if they take us at our word and decide to have nothing to do with the Jewish community as we define it. It is a difficult task to hear criticism about our community and people we love, but if we want today’s Jewish young adults who are critical of Israel to grow into tomorrow’s stalwart supporters of Israel, we cannot reject their criticism out of hand. We have to have the courage to listen to their critique, accept that at least some of it may be true, and respond accordingly.

Matthew Boxer  is an assistant research professor at Brandeis University.