CCAR's apology also acknowledges something that the report didn‘t cover: allegations of discrimination against women and LGBTQ rabbis in the organization’s placement system. 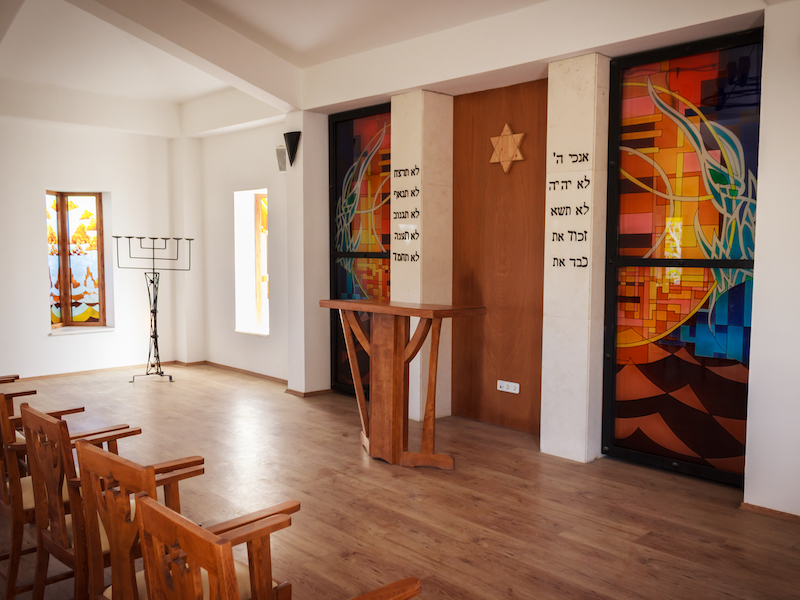 When the Central Conference of American Rabbis, the Reform movement’s rabbinical association, published an investigation of its process for handling ethics complaints last December, it came with a lengthy checklist of proposed changes.

Last week, nearly nine months later, CCAR published a lengthy apology, along with a chart detailing its progress reforming its ethics code. The chart notes steps taken to address many, though not all, of the reforms recommended in the report.

“With sincerity of heart and intention, the CCAR apologizes for the hurt that our organization and our ethics system have caused,” the letter reads. “We acknowledge that there have been times when we failed to meet our own high standards and we are deeply sorry.”

The apology also acknowledges something that the report didn‘t cover: allegations of discrimination against women and LGBTQ rabbis in the organization’s placement system, which is crucial in helping rabbis find pulpit positions.

“We acknowledge that women and LGBTQ+ colleagues in particular have reported experiencing both implicit and overt bias in the past,” the letter said. “We apologize for this pain and continue to reflect on this difficult history. Although our placement system has evolved in significant ways in recent years, we would be remiss if we did not acknowledge the past.”

The CCAR investigation, which was conducted by the women-led law firm Alcalaw LLP, was one of a trio of such investigations put out by the three leading bodies of Reform Judaism. Hebrew Union College-Jewish Institute of Religion, which includes the movement’s rabbinical seminary, released an investigation in November 2021, while the Union for Reform Judaism, an umbrella for the movement’s congregations and camps, released its own report the following February.

The CCAR investigation detailed the handling of allegations of sexual misconduct and other abuse against high-profile Reform rabbis, and included testimony from rabbis who said they felt disincentivized to report allegations out of concern that doing so could hurt their career prospects. Two people described CCAR as an “old boys” club where they would face blowback for complaining.

“[T]here is still an old boys network and no matter how good the ethics process may be, I believe — and women understand — that there are placement ramifications if you bring an ethics complaint against a senior rabbi,” one person told the investigators. “All those rabbis talk to each other and then it becomes a difficult and unsettling thing.”

Now, Rabbi Hara Person, CCAR’s chief executive, told eJewishPhilanthropy that she feels significant progress has been made in improving the ethics system in  line with the changes Alcalaw recommended. Recent changes include a public list of every rabbi who has been suspended or expelled, as well as training on trauma-informed best practices for the Ethics Committee. In addition, the code now includes grooming minors as an offense, and sets minimum disciplinary measures for what it terms “sexual boundary violations.”

“We can’t go back and re-adjudicate the past,” Person told eJP. “What we can do is hear the pain of people who were harmed, and we can create new policies, procedures and systems so that that kind of harm… wouldn’t happen again.”

But Person acknowledged that the scope of CCAR’s authority is limited. “Our relationship with our members is very nuanced, because we’re not the employers,” Person said. “We’re the membership organization, so we can say to our members, ‘Here are the standards we expect you to adhere to. If you don’t adhere to these, there’s a process that’s going to hold you accountable.’”

One area in which CCAR does exert some power over new rabbis’ jobs is through its placement system, which is now called Rabbinic Career Services. In the past, that division selected which resumes to send to which congregations, and was the process through which rabbis would often find their first jobs. That had the effect of putting the first generations of women rabbis, as well as other minorities, at a disadvantage.

Because the Alcalaw report was limited to the ethics system, it didn’t address placement — something Rabbi Mary Zamore, executive director of the Reform movement’s Women’s Rabbinic Network, saw as a flaw.

“In the past, the system did not function the right way,” Zamore told eJP. “People’s careers were certainly held back by the lack of that level playing field.”

But Zamore feels that the apology acknowledged that wrongdoing, and that reforms to the placement process have made the system fairer — including allowing any candidate to submit a resume to any synagogue, requiring synagogues to post salary ranges for positions and providing training on implicit bias for synagogue search committees.

“Some of the changes have already taken place,” Zamore said, adding that the movement’s career services “strive to create more of an equal field for people of all identities.”

One recommendation from the report that does not directly appear in the CCAR chart of reforms is establishing better coordination of ethics processes between the movement’s three central institutions. Work on that front has begun, Person said, as the three institutions are collaborating on a video series about repentance ahead of the High Holidays. In addition, CCAR recently hired an intake officer for its ethics complaints who will refer relevant complaints to the URJ or HUC-JIR.

But she added that at this point, each of the three institutions is focused on its own ethics process. “We’re having a lot of conversations about how the work is going to converge, and where are the various areas of collaboration and cooperation, but in the short term, we’re immersed in the individual work,” she said.

Zamore’s organization has been in communication with the CCAR as it has amended its ethics process, and she is heartened by what she’s seen, though she added that there’s more to do. She particularly appreciates that the CCAR has continued to ask victims of sexual misconduct to come forward.

“To me, that is a process that frankly has no end,” Zamore said. “The victim-centric approach means that the victim-survivors get to decide what the timeline is. So if someone’s not ready to be in conversation with the CCAR… that’s OK. But if that victim-survivor is ready five years from now, then the organization and perhaps the perpetrator need to be ready to have that conversation when that person is ready.”

Person told eJP that the CCAR receives about two sexual misconduct complaints per year, and agrees that more work remains. She said the CCAR is “absolutely” committed to implementing all of the recommendations of the Alcalaw report. So far, the organization, which has an annual budget of roughly $6 million, has spent nearly $1 million on the report itself, and has created a three-person department to work on the ethics system. The group will vote on changes to its ethics code at a meeting in December.