The report found that there were 17 incidents in which adults engaged in sexual misconduct with minors at URJ’s youth programs between the 1970s and 2017. 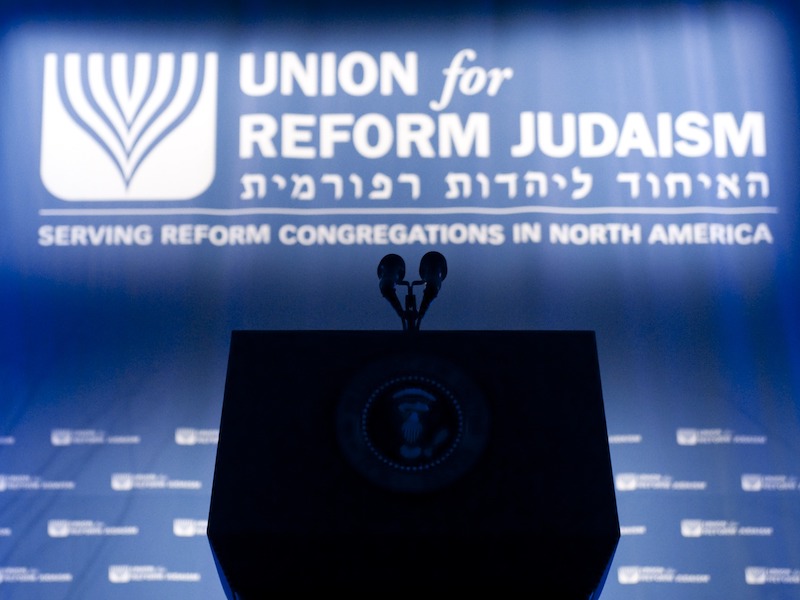 It also found that there had been 16 incidents of misconduct between minors, and 39 between adults. The misconduct includes “verbal sexual harassment, unwanted sexual advances, sexual touching and sexual assault,” according to the report.

The 37-page report, prepared by the law firm Debevoise & Plimpton, is based on 168 interviews with former employees and board chairs of URJ, in addition to people who reached out to the law firm. It also includes analysis of more than 3,000 documents. It covers all URJ institutions, including its 15 summer camps and NFTY, its youth group.

In addition to the misconduct, the report described a “permissive and sexualized culture” at Kutz Camp, URJ’s now-closed overnight camp for teen leaders. And it also described a “pervasive sexualized… ‘hook up’ culture within NFTY,” which includes a “points system” that rewards kids for sexual encounters.

The report also found that URJ had hired at least five rabbis or other professionals despite past allegations, often out of a belief that the alleged perpetrators had engaged in a process of teshuvah, or repentance.

“We are heartbroken and distressed by these accounts and we profoundly apologize for the enduring pain caused to so many,” URJ President Rabbi Rick Jacobs and North American Chair Jennifer Brodkey Kaufman wrote in an email on Thursday to the movement, including a link to the full report. “We owe a debt of gratitude to those who came forward to share their experiences as victims, witnesses, and survivors, and we will honor their courage as we take our steps forward.”

“It is a difficult day for the Reform movement and personally, as a rabbi, to see documented in black and white what many of us have heard whispers of for decades,” Rabbi Mary Zamore, executive director of the Reform Women’s Rabbinic Network, told eJewishPhilanthropy. “It is still very hard to read and process…. It is, in many ways, a brutally honest report.”

The report found that both women and men were victims of sexual misconduct, and says, regarding URJ’s camp system, that multiple people “referred to the prior generation of camp directors as ‘an old boys club,’” including men the report describes as “giants of the camping movement [who] could also be lewd and inappropriate with women.” There were no allegations that these directors engaged in misconduct with minors, the report says.

The report did not name all of the alleged perpetrators but it did include named allegations against a few leaders. In particular, it reports that Jon Adland touched three women inappropriately when they were 13 or 14 years old in the summer of 1977 at OSRUI, the URJ camp in Wisconsin. Adland, now a rabbi, spoke with the law firm and, according to the report, said that he felt ‘ashamed’ and offered to apologize, though he does not recall the incidents. He was later subject to a ethics report from the Central Conference of American Rabbis, the Reform rabbinical group, in 2018 for a more recent incident of alleged sexual assault of a minor, and is now prohibited from working with minors.

The report also says that Jerry Kaye, who was OSRUI’s director for 48 summers, was accused of sexual harassment by six women. Kaye said he was familiar with one allegation, which he denied. He spoke with the law firm, and regarding the other allegations, the report said: “Kaye either did not recall or denied these reports and added that he never acted with malice.” The report also described three allegations of misconduct by a rabbi, the movement’s former youth director, who is now deceased.

In addition, the report accused Rabbi Jay Davis, who is still practicing, of “numerous, credible reports of sexual misconduct with minors” when he was in his 20s. The report says he engaged in sexual touching, intercourse and oral sex with minors. He was denied ordination by the Reform movement’s rabbinical seminary but nonetheless received private ordination by three rabbis. He did not respond to the law firm’s request for an interview.

The report recommends changes to URJ’s reporting practices, policies, hiring practices, staff training and youth education. A recent document from the Women’s Rabbinic Network called for Reform institutions to commit to “either creating or reinforcing a clear system of professional and religious accountability.”

“It’s extraordinarily important that our congregations do the difficult work of putting into place ethics codes and processes, and have the training to live those ethics codes,” Zamore told eJP, referring to all the reports on misconduct in Reform institutions. “It is extraordinarily hard to hold our friends, neighbors and colleagues accountable. Yet we see in all of these reports the importance of doing it.”