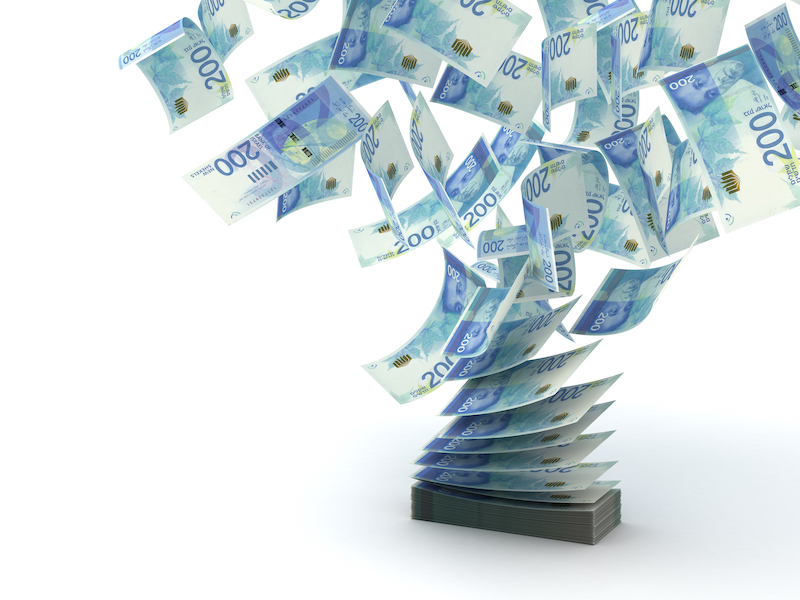 When the cryptocurrency firm FTX imploded last month after the discovery of an $8 billion shortfall, the sudden collapse sent shockwaves through a bevy of charity organizations that depended on funding from the philanthropic initiatives associated with the firm. But in Israel, the ripple effects of FTX’s destruction will be felt in a surprising place: table salt.

The FTX Foundation, the firm’s philanthropic arm, donated approximately NIS 1 million, or some $288,000, to help a new Israeli organization called ALTER, the Association for Long Term Existence and Resilience, find ways to increase Israelis’ access to iodized salt. Iodine deficiency is the leading cause of preventable brain damage in children, according to UNICEF, which found that insufficient iodine during pregnancy and infancy results in serious neurological and psychological deficits.

More than 90 percent of people around the world use salt enriched with iodine, according to the U.N. agency, often mandated by government legislation, but Israel does not require it. Although iodized salt is available in Israel, it is more expensive, and few people understand the benefits, leading to Israel having among the world’s worst levels of iodine deficiency.

ALTER is guided by effective altruism, a philosophy trumpeted by the FTX Foundation that says donors should leverage their giving to do the greatest good for the greatest number of people. The organization identified iodizing salt as one achievable goal that would have a significant impact on children’s lives in Israel. The iodizing process costs around two cents per child per year.

The FTX donation is about as large as ALTER’s annual budget, and has already been deposited in the organization’s account. But with FTX in bankruptcy proceedings and its founder, Sam Bankman-Fried, under arrest for fraud, ALTER founder David Manheim told eJewishPhilanthropy that he assumes his nonprofit will be required to return the money, and is already treating it as a loss. “We certainly are not willing to use money that would otherwise be going to compensate people who were defrauded,” he said.

ALTER is a spin-off organization of Effective Altruism Israel, a local outpost of the Effective Altruism international movement. Bankman-Fried, who until recently was seen as a crypto wunderkind, was one of the most public faces of the effective altruism movement. Bankman-Fried and his companies directed millions of dollars to effective altruism initiatives around the world, though those donations are now under scrutiny given the allegations facing Bankman-Fried, who is popularly known as SBF. He also recently suggested that his charitable work was, in part, an exercise in burnishing his image.

In the aftermath of the collapse, proponents of the effective altruism movement are trying to make sure that the good they are trying to accomplish isn’t overshadowed by the extensive crimes allegedly perpetrated by one of the movement’s most public supporters.

“I am absolutely furious that they had both so little basic ethical awareness and so little in terms of basic financial controls internally,” said Manheim, who serves as ALTER’s head of research and policy. Manheim is also a visiting lecturer on policy at the Technion University’s department of humanities and arts.

“I’m also furious to the extent that this was well-intentioned but idiotic and misled,” Manheim added. “EA has always said it’s about effectiveness, but not at the price of ethics, obviously.”

“To the extent that it was used as a cover for Sam to commit fraud, because he thought it would be a good cover story, I’m furious we were used,” Manheim said. “I don’t have any insight into what was happening in his head, but whatever it is, it was completely unacceptable.”

Manheim said ALTER has funding from another effective altruism fund called the Survival and Flourish Fund, and a note on ALTER’s website says, “We strongly condemn the fraudulent actions of FTX, and are deciding on our next steps.” But Manheim added that the prospective loss of the donation “basically eliminates our runway for future funding.”

“I’m not worried about the stability of the nonprofit, but there are a lot of things we were in the middle of doing, or planning on doing, and we stopped because we don’t have funding,” he told eJP.  “Everyone in the philanthropic world will tell you not having enough money is usual, but suddenly finding out you don’t have the money you thought you did is not a usual situation.”

ALTER incorporated as a nonprofit in March 2022, as one of two organizations that have been incubated under the umbrella of the Effective Altruism Israel organization. Ezra Hausdorff, Effective Altruism Israel’s CEO, said his nonprofit was founded in 2020 and has seven staff members with a yearly budget of around $288,000, though in some years funding has been up to five times that amount.

“A lot of people in the movement knew SBF, but no one imagined FTX was what it turned out to be, so there were a lot of feelings of betrayal and anger,” Hausdorff told eJP. “We were trying to understand if it could have been foreseen or prevented. We were also wondering, ‘What does this mean about our work?’”

Criticism of effective altruism’s impartial, data-driven approach has increased In the aftermath of FTX’s implosion. Still, the movement has attracted support in the Jewish community, especially in the Reform movement, dozens of whose synagogues have committed to giving some charity according to the principles of effective altruism.

“Thinking deeply about ways to do good is something that matches well with Jewish tradition,” said Hausdorff. “Maybe it has something to do with Talmudic tradition, which has a lot of debate and examining about what’s the course of right action.”

Another major challenge for Hausdorff’s organization is that Israelis are in the midst of a slow transition from being aid recipients to donors, he said, adding, “Sometimes it’s hard to get people interested in projects doing good outside of Israel.”

In addition, few people in Israel are familiar with effective altruism, and Hausdorff knows its proponents have an uphill battle to spread their philosophy among the wider Israeli public. One of the challenges is that effective altruism resources are written in dense, academic English, and are less accessible to non-native English speakers, he said. Several Israeli philanthropy think tanks and professors researching philanthropy said they did not feel familiar enough with the movement to discuss it on the record.

Rei Dishon, who teaches a six-month course in community and organizational development at Bar-Ilan University, said the philosophy has “fundamental gaps,” and particularly takes issue with the idea that donors should aim to make as much money as possible in order to give it all away.

However, he also thinks that Israelis’ mentality means people are open to questions about how to do the most good, and willing to change their habits when confronted with a convincing argument.

“We’re more open, blunt, and we don’t [beat] around the bush, so when we get feedback, we like to see what’s bad and try to fix it,” said Dishon, who specializes in community building, especially among artists, in Tel Aviv.

Hausdorff said the organization is continuing to concentrate on its core projects: teaching tools to maximize social impact, helping people find impactful careers and improving the effectiveness of donations in Israel.

That mission is reflected in Probably Good, another spin-off organization from Effective Altruism Israel that helps people identify and pursue careers that mirror their social impact goals through career coaching and other tools. “You spend a lot of your waking hours working on something — we think that that can be something incredibly impactful,” said Hausdorff.

Hausdorff is most excited about Effective Altruism Israel’s Maximum Impact Program, a research project to help organizations measure their impact that is currently running a pilot with 25 participating organizations. “We’re trying to create a world where it’s easy to identify and support the nonprofits that do the most good instead of donations being based on PR or gut feelings,” he said.

In order for effective altruism to encourage people to give their money to effective charities in Israel, it needs to first ensure the charities have hard data that demonstrates their impact. But few Israeli organizations measure impact and effectiveness, rather than just the number of meals they have served or the number of food baskets they have donated. Measuring impact is a trend that is slowly gaining traction in the wider philanthropy world, including in Israel.

The Maximum Impact Project aims to help the organizations in the pilot program spend 10 months gathering data in order to create and publish a cost-benefit analysis, with support from a research manager, experts, and researchers at Israeli universities. In the future, Hausdorff hopes to scale up the project and identify the top-performing organizations, in the hopes of helping people understand where their money can do the most good, and of keeping organizations accountable.

Watching the public face of his movement crumble has been challenging, and Hausdorff said his staff has been navigating ways to respond to the crisis while still focusing on the work they believe in so deeply.“It made me think again about the reasons that I believe in effective altruism. I thought about whether or not this situation impacted the core beliefs, and I don’t think it does,” said Hausdorff. “The fact was that there’s one bad actor, and even though he became sort of a figurehead, it doesn’t change the principles and the potential to do a significant amount of good.”