A new report by the foundation is encouraging non-profits to track impact like businesses track finances. 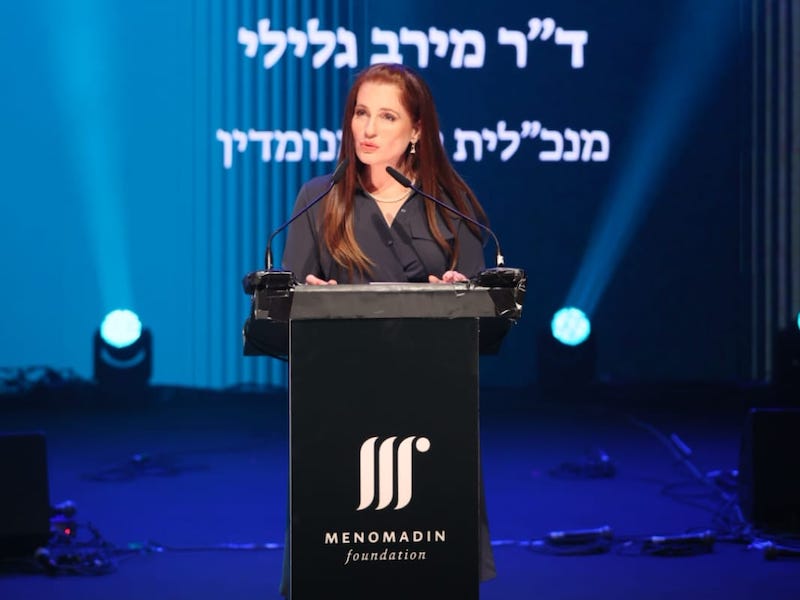 It’s a question every nonprofit, donor and foundation has, at some point, struggled with: How do you measure impact?

Take the organization ExtraTech, which trains Haredi women in bootcamps to enter Israel’s tech industry. It’s easy to measure the organization’s outcomes: 225 graduates in 2021, up from 24 in 2018. But measuring the impact of the project takes a little more work.

The program has a 90% success rate in placing graduates, and the average salary for an ExtraTech graduate is more than $4,400 per month — double the average salary of an Israeli Haredi woman who has graduated from seminary, an equivalent of an associate’s degree popular with religious women from the disproportionately low-income community. After a year, 96% of ExtraTech’s alumni were still employed by their company, indicating that the project has created sustainable solutions.

The Menomadin Foundation, a major funder of ExtraTech, knows exactly what the organization’s impact is: 3.857 out of 5.

That score comes from a 167-page book just released by the foundation, a philanthropic investment fund based in Israel that tries to apply business investing strategies to philanthropic initiatives. The book functions as a report card that grades all two dozen initiatives Menomadin supports with a numerical value measuring their impact. The score is based on seven criteria including scale, depth, duration and alignment with the United Nations’ Sustainable Development Goals.

“I come from academia, and I like numbers,” Merav Galili, CEO of the Menomadin Foundation, told eJewishPhilanthropy. “I can’t talk about anything that doesn’t have numbers.”

Extratech’s score was lower than Menomadin’s other impact investments in tech. For-profit companies like SupPlant, which uses sensors, AI and algorithms to make customized irrigation recommendations for farmers, got a 4.14 impact score, and iFeel, an online therapy platform, received a score of 3.89. The Star Accelerator, a leadership initiative for Israeli Bedouins, got a 3.97 impact score, while the Sewing For All microfinance and training initiative for women in Angola scored 3.57.

The score is based on a tool called an impact management project, or IMP, which helps organizations measure certain aspects of a project, like its longevity, the percent of the population served and how to connect desired outcomes to existing frameworks like the U.N.’s  Sustainable Development Goals. Menomadin added custom tweaks to try and better capture the unique aspects of the places where they work.

Menomadin’s approach is one that Galili hopes will encourage more organizations and funds to blend strategic business investing and philanthropic initiatives.  She feels that when charities can track their successes numerically, the same way that businesses track their financial returns, they become a much more practical target for investors. It’s part of an overall trend towards impact investing — blurring the boundary between charitable and business funding to achieve social good.

“Most businessmen have been saying, ‘I have one hat for business and another hat for philanthropy,’” said Galili. “They didn’t mix them. They said, ‘Here, I make money, and here, I give because it is good for my soul and for my heart.’”

For impact investing to be successful, Galili said, organizations need to find ways to document both their tangible and intangible successes numerically, to prove to their supporters that their investment was sound.

“Philanthropy is not enough to deal with the complex problems of the world, all of the social and environmental problems, because philanthropy is limited, it’s not sustainable,” said Galili. “We need to think differently about how to create sustainable capital, and unlock new capital.”

Businessman and philanthropist Haim Taib founded the Menomadin Foundation in 2019 to implement a “blended finance” approach. Taib has worked for decades in Africa providing government contracts in places like Angola and the Ivory Coast. The foundation combines philanthropy in Africa and Israel, with impact investments in startups in Israel and Europe. It also works to  create connections between nonprofits, businesses and governments.

Taib is also the founder and president of the Menomadin Group, a non-related philanthropic family foundation, and the founder of the Mitrelli Group, an international investment fund with a focus on social change. (“Menomadin” is an acronym of the names of his six children.)

The Menomadin Foundation has invested in initiatives in five main areas: agricultural technology, educational technology, water, energy and digital well-being. Since 2019, the Menomadin Foundation has invested $21 million in nonprofits and impact investments in Israel and Africa, and has recruited other companies and investors to place money in the fund’s portfolio companies, for a total of $35 million in investments.

The foundation’s philanthropic initiatives in Israel focus on leadership in marginalized communities, including leadership training in Bedouin and Druze communities as well as ExtraTech’s work training Haredi women in tech. Most of the social initiatives in Africa are concentrated in Angola and emphasize strengthening cultural identity and improving economic well-being through vocational training programs, such as one that teaches participants to earn income through sewing.

Although Menomadin is documenting its shortcomings as well as its successes by measuring the impact of its activity, Galili sees the scoring as an essential tool to help both the organizations and Menomadin make sure they’re staying true to their goals and mission statement.

“This report has taken us so many times back to the drawing board with our NGOs, because when we collected the data and started to analyze it, we understood that we are not going in the right direction,” said Galili. The report has also acted as a tool for the organizations who were scored, allowing them to see their data and understand how they measure up to other initiatives.

For the report, Menomadin tried to collect multiple types of data for each initiative, including self-reporting from participants, subjective reporting from management and stakeholders and the results of independent studies. When evaluating leadership initiatives, the foundation often found that surveys of graduates pointed out important flaws and areas for improvement.

Without hard data, achievements are just a collection of anecdotes and good stories, Galili said, adding, “I can’t just talk about my gut feeling.”

Galili acknowledged it can be challenging for smaller organizations running on tight budgets to dedicate resources to data collection and self-reporting.

“They don’t need to print books with beautiful graphics and beautiful design,” she said. “It’s just about the process, analyzing the findings, taking the lessons learned, and making your work better.”